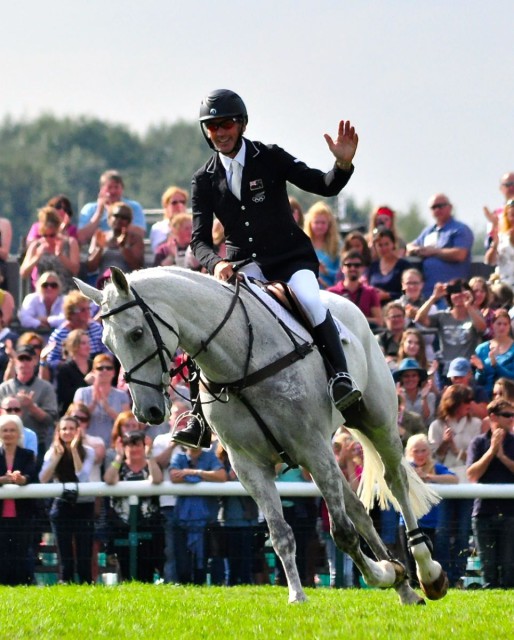 Burghley weekend has come and gone in a flash, and Andrew Nicholson has emerged as the winner of his historic third trophy. How exactly does the man do it? Your guess is as good as mine. I suppose when you’re Andrew Nicholson, just about anything is possible. Plus, Avebury looks like he could easily go ’round a Hunter Derby class and clean up there as well – perhaps Andrew should give it a shot?

In honor of the Silver Fox’s win this weekend, we thought it would be fun to collect some of the ever-popular #nicholsonontwitter tweets from the weekend, as there really is no better way to celebrate a win than hashing it out all over social media. Without further ado…

#nicholsonontwitter Not only can I go fastest, and clear, I will do it one handed. pic.twitter.com/kefuXFbHCj

#nicholsonontwitter I might let one of the whippersnappers win next year , if I am injured. In fact I could probably win with a bust leg

“Won Burghley today which was ok. Will do something exciting tomorrow” #nicholsonontwitter #LRBHT

#nicholsonontwitter getting all emosh?! Wow! Must be going soft 😉

“Is he the superior eventer?” Ofc he is, who could ever doubt that #nicholsonontwitter

Ah Nicholson you are too good #Burghley2014 #Avebury #nicholsonontwitter

@NZEventing if they had four of me we would have won at WEG, so called legend falling off &all #nicholsonontwitter

Andrew Nicholson #nicholsonontwitter “I ride him like I’ve stolen him”