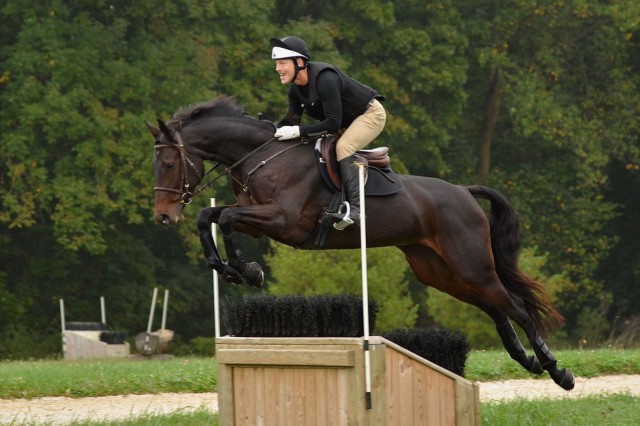 Congrats and best of luck to Cary Chavis, proud new owner of one of the brightest young event horse stars in the country SpectraVET Cohiba!

At just 6 years old SpectretVET Cohiba (“Coco”) has already acquired quite a taste for top ribbons. Lynn Symansky purchased the 2010 Wurttemburg mare (Con Spirito x Lea) as a green 5-year-old from Germany and their partnership immediately began to flourish, starting with a win at the 2015 East Coast Young Event Horse Championships as the highest scoring 5-year-old on both coasts. 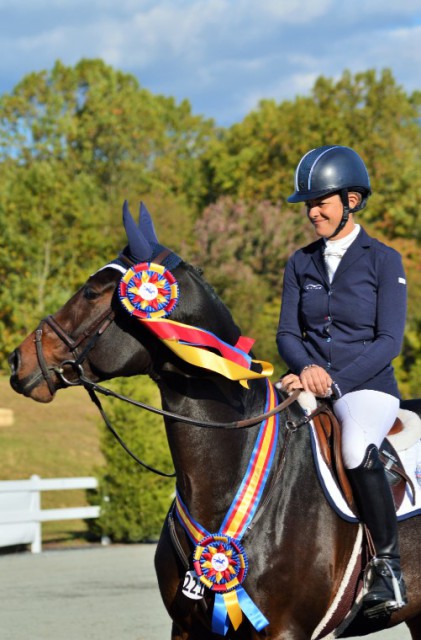 They finished 1st or 2nd in Cohiba’s first dozen starts at the Novice and Training levels, including a win at last year’s Area II Novice Championships, and most recently the pair placed 2nd at the 2016 American Eventing Championships in the extremely competitive Training Horse division. After scoring a 22.7 in the dressage — Lynn describes her as “fancy and easy on the flat” — she cruised around the jumping phases seemingly without effort: “She was great on the cross country, which wasn’t the sort of course we’re used to, and she’s a careful show  jumper.”

Check out this replay of their performance:

Cary, of Washington, D.C., has competed through the CIC2* level and is preparing for his first CCI2* at Fair Hill this weekend with another horse, Game On.

He trains with Valerie Vizcarrondo of Blue Clover Eventing, who was at Lynn’s farm trying a horse with another student when Lynn mentioned that they were contemplating selling Coco.

“I had watched her, obviously — quite an eye catcher!” Valeri says. “But what had struck me was her similarity to Cary’s current horse Game On, aka. ‘Bo.’ Cary is a very good rider and a soft rider, but doesn’t need anything super strong or quirky. She is so much his ride!”

Indeed, Cary rode the mare and they instantly clicked. After that things happened very quickly: “We had tried her, cross country schooled her, vetted her, and brought her home in no time! He went from kind of looking for another horse to owning one of the nicest ones in the country almost overnight!”

Since then, Valerie reports, “He’s had a few rides on her and they are just so perfect together. She is helping him with the nuisances of riding thanks to Lynn’s amazing job of producing the mare from the start and Coco’s appropriate sensitivity and elegant way of going. Cary is hoping to channel some of that at Fair Hill this weekend. He has a high probability of finishing on his dressage score — but dressage isn’t exactly Bo’s strong point.” 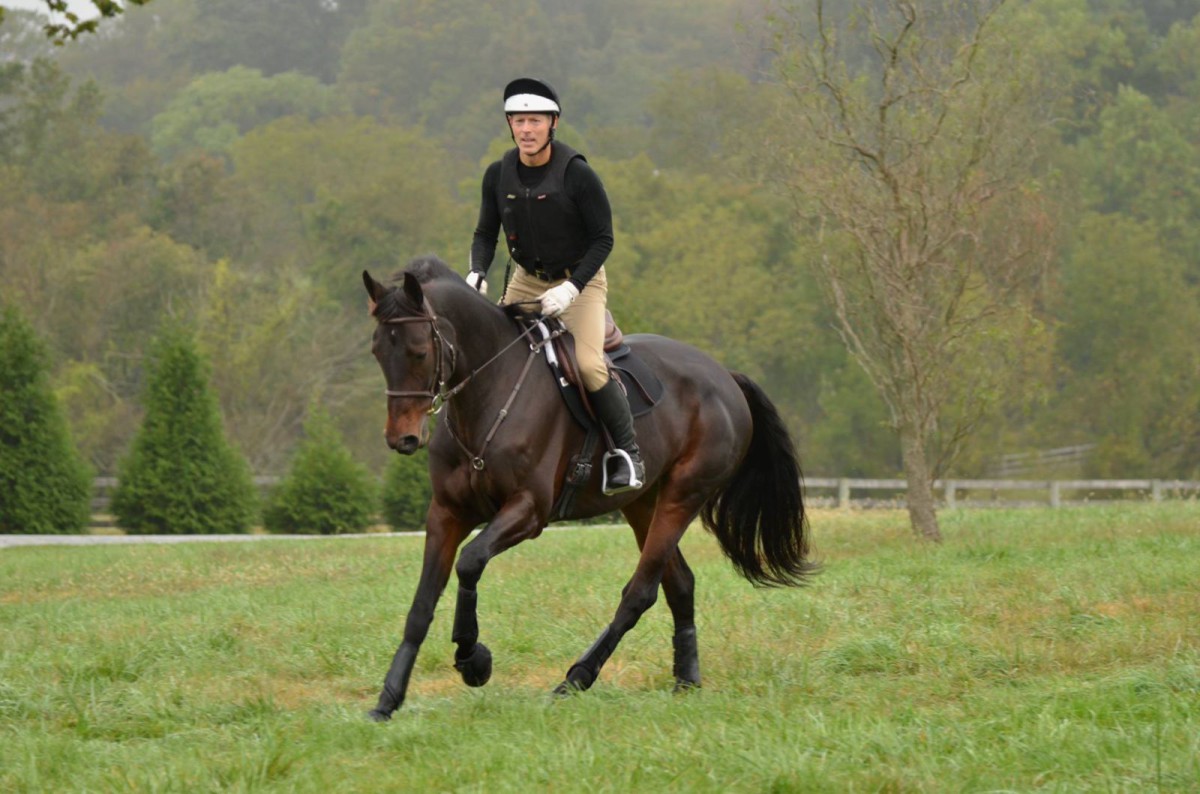 Cary is a dentist with a busy schedule who makes it out to the barn two to three times a week for lessons but wants as much time in the tack as his professional schedule will allow.

“Coco will be in full training with me and after Fair Hill the timing will be perfect for him to concentrate on developing a partnership with Coco while Bo goes on holiday,” Valerie says. “Our plan is for the pair to do a one-star next year!”

SpectraVET Therapeutic Lasers has played a big role in Cohiba’s journey, as the company’s owners Molly and Peter Jenkins generously sponsored the horse’s development under Lynn. The use of this therapy, which increases the speed, quality and tensile strength of tissue repair, resolves inflammation, and gives pain relief in equine athletes, it is a valuable part of Lynn’s program — she reports shorter recovery and lay-up times with the use of SpectraVET.

SpectraVET is committed to providing only the highest-quality products and services to our customers, and to educating the world in the science and art of laser therapy.

We design and manufacture the broadest range of clinically-proven veterinary therapeutic laser products, which are represented and supported worldwide by our network of specialist distributors and authorized service centers.