When it comes to Olympic equestrian team selection, I get a little bit of tunnel vision. I can tell you who is on the eventing squads for Ireland, Germany and of course the U.S. off the top of my head, but if you asked me who we’re sending to Tokyo for dressage and show jumping I would need to duck into the bathroom stall and do some emergency Googling to save face.

Of course, that would be a trick question because while the dressage roster is posted, show jumping selection is still underway.

Salvino, Suppenkasper, Sanceo … yeah, they all blur together. Although I’m sure the dressage people could say the same for eventing: “Tsetserleg, Deniro Z and Z. What the heck is a Tsetserleg? (A: It’s a city in Mongolia, which TBH raises more questions than answers.) And why so many random Zs? (A: Zangersheide something something something for Z … and I have no idea for Deniro Z).” I do miss the good ol’ days when the horses on our championship teams were called things like Grasshopper, Bean Platter, and Doctor Peaches.

Anyway, not that we’re going to remember the horses’ names, now we’re all caught up on dressage. Show jumping, however, is still a work in progress; they’re over in Europe using the FEI Nations Cup series as a sort of test kitchen for Tokyo. 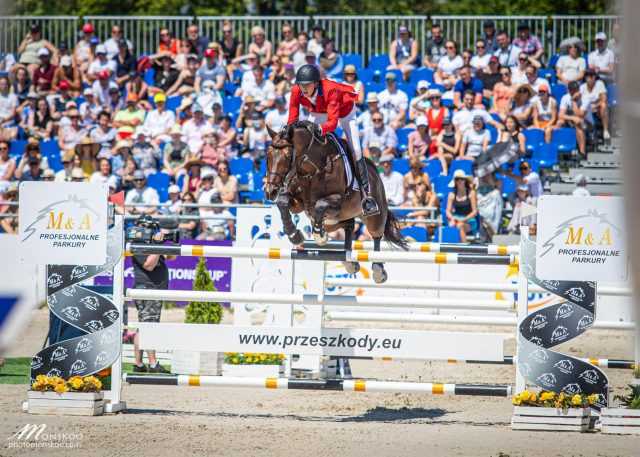 Ridland said in a press release, “The reason we are here is to go through the motions and make sure that these horses and riders are tested and we see where we are against the top competition in the world. Today was a good test and, in reality, we were one rail out of a podium position.” 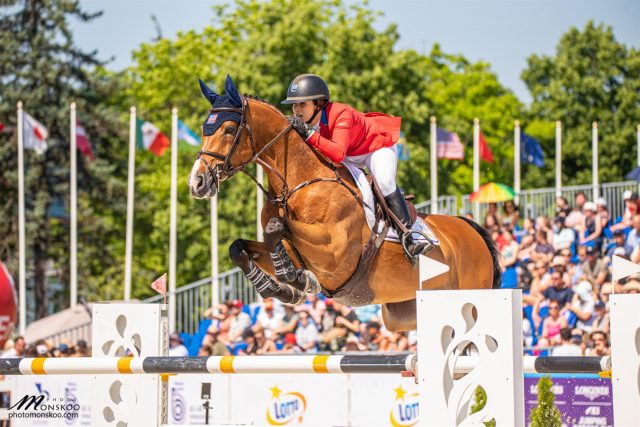 Adrienne Sternlicht (Greenwich, Conn.) and Bennys Legacy, Starlight Farms 1 LLC’s 13-year-old Oldenburg gelding, were the first pair in the ring for the U.S., tallying four faults in round one with a tactful clear round in round two. Anchor combination Brian Moggre (Flower Mound, Texas) and Balou du Reventon, Ann Thompson’s 15-year-old Oldenburg stallion, delivered a clear round followed by a four-fault round. Lucy Deslauriers (New York, N.Y.) and longtime partner Hester, Lisa Deslauriers’s 16-year-old Belgian Warmblood gelding, collected four faults and eight faults in their two rounds. Bliss Heers (Las Vegas, Nev.) and Antidote de Mars, 11-year-old Selle Français stallion, was eliminated in round one and elected not return for the round two.

The FEI Jumping Nations Cup of Rotterdam CSIO5* from July 1-4 in Rotterdam, the Netherlands will serve as the next designated CSIO/CSI Observation Event for the U.S. Jumping Team ahead of team selection for Tokyo.