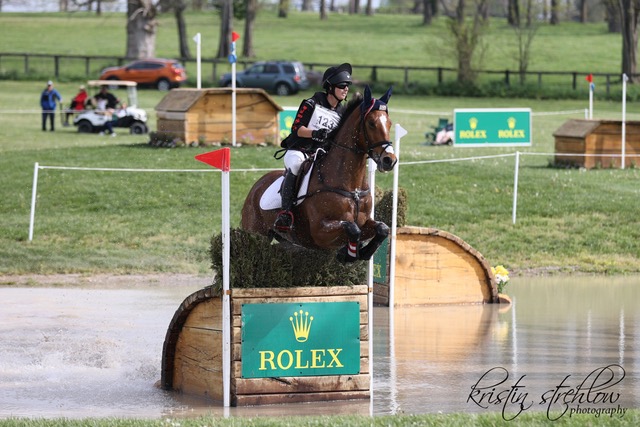 Holly Jacks and Candy King at Kentucky — one of the events that’ll be included as part of USEF Network’s merger with ClipMyHorse. Photo by Kristin Strehlow Photography.

There’s something about USEF Network, isn’t there? For years, it’s been the Old Reliable of streaming services, happily giving us all access to top-level eventing (and plenty of other disciplines besides, including my own guilty pleasure: equitation finals!) for low to no cost. And so when the announcement of its amalgamation with European-based streaming giant ClipMyHorse broke last week, there was an understandably mixed response: would viewers need to lock themselves into yet another contract to be able to tune into the sport? Would being an equestrian enthusiast soon start to price out everyone except the very wealthy?

The answer, thankfully, is no — and USEF has taken the time to clear up some of the primary concerns.

Why has the merger happened?

Primarily, to widen US equestrian sport’s reach. ClipMyHorse is a German company, and the primary streaming service around Europe, with competitions such as CHIO Aachen on its roster already. But it also has a handy functionality for riders, owners, and connections: you can easily search a horse or rider and find isolated clips of their participation in every competition that’s been streamed through the service. That’s a real boon to buyers and sellers of horses, who can easily access the content they need, but it’s got plenty of uses beyond that, too. (Sincerely, a woman who occasionally just searches ‘Corouet’ and sits there with hearts in her eyes.)

Do I need to make a new login?

Do I have to pay for a ClipMyHorse subscription to watch what I used to get for free?

Nope! Everything you streamed via USEF Network, using your competitor, subscriber, or fan account will still be free, you’ll just need that new login you just created to access it. If you want to rewatch legacy content on demand, you’ll be able to do so as part of your competitor or subscriber account, but if you have the free fan membership, you can upgrade to on-demand access for $25 per year.

What if I want to watch competitions that are outside the USEF Network schedule?

Great news: you get 10% off a ClipMyHorse premium subscription through USEF. The code is USEFCMHTV and it’ll save you some dosh on the annual subscription price of $179.99 per year, which gives you full access to the whole shebang, including FEI TV, National and international competitions, and training content, too. But if you just want the USEF Network content, you absolutely don’t need to pay!

If you’ve got any further technical questions about the merger, you can find the answers here. Now if you excuse me, I’ll be thinking about both the Maclay and Corouet, as usual.