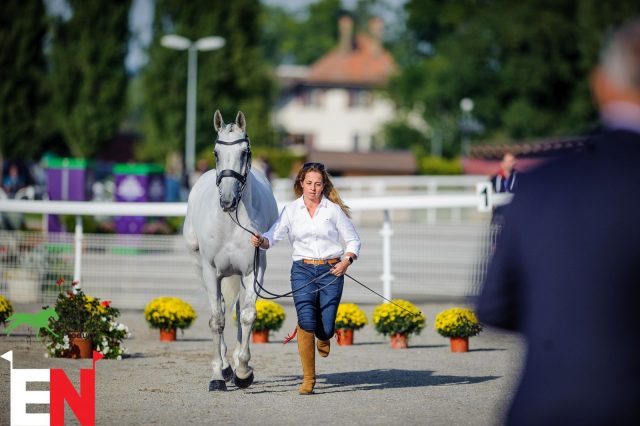 Kitty King and Vendredi Biats, highest placed of the Brits in 2019, return for their second Europeans as a partnership. Photo by Tilly Berendt.

We’re not sure which all-powerful entity the eventing community has pleased this year, but in this latter half of the season, we feel like we’re being spoiled absolutely rotten: not only did we get the postponed Tokyo Olympics to sink our teeth into, but we’ve also been gifted with a wildly exciting one-off CCI5* at Bicton, a brand-new CCI5* to come at Maryland next month, the return of the glittering and glamorous CHIO Aachen and now, on top of it all, the FEI European Eventing Championships, taking place this week at the almost ludicrously pretty Avenches in Switzerland.

Before we dive into the action, which commenced today with the first horse inspection, let’s cast our minds back over how this Euros came to be. This was always meant to be a Europeans year: the Championships take place every other year, filling in the gaps between WEGs and Olympics. The last we saw was the 2019 Europeans at Luhmühlen, Germany, and after that wrapped up, we were looking ahead to a late-summer 2021 edition at France’s Haras du Pin. But when the pandemic forced the postponement of the Olympics this year, all three disciplines’ European Championships were initially cancelled, much to the chagrin of riders and supporters of the sport, who made the very valid point that not every nation gets to go to the Olympics, and these ‘regional’ Championships provide vital developmental opportunities for up-and-coming riders, horses, and nations. This argument was enough to see both the showjumping and dressage Europeans reinstated quite swiftly, but the FEI took an initial hard line on eventing — until Michael Jung stepped up to say his piece. He proposed that Avenches, which has formerly held FEI events up to CCI4*-S, would be the perfect venue with an organising team that was eager and prepared to fill the gap, and his social media campaign received such widespread support from his compatriots in the sport that the FEI agreed to reopen the bidding process to assign a Championships venue for this year. Bids were put forward by Avenches, Montelibretti in Italy, and Boekelo in the Netherlands, and ultimately, Switzerland’s national equestrian centre was awarded its first-ever European Championships. And so here we are, soaking up the sun and the dramatic, mountain-fringed countryside, with 67 horse-and-rider combinations and a whole lot of hopes and dreams ready and waiting to be realised. 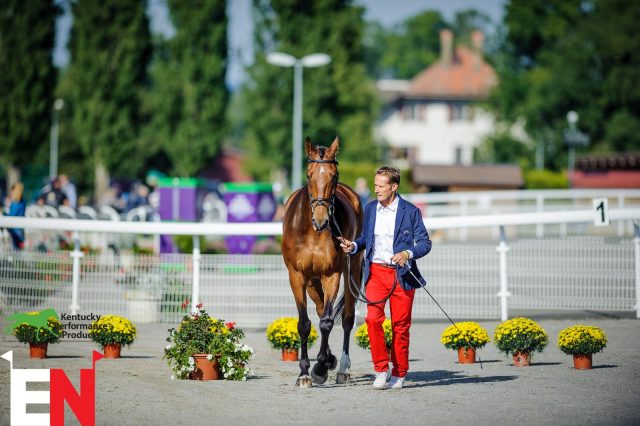 All 68 of those horses, which represent 17 nations, were accepted in this afternoon’s first horse inspection by the ground jury of Andrew Bennie (NZL), Christian Landolt (SUI), and Christian Steiner (AUS). Just two horses were sent to the holding box: Robert Mandl and Sacré-Coeur of Austria and 1993 European Champion Jean Lou Bigot and Utrillo du Halage of France each re-presented and were subsequently accepted to begin the competition, which kicks off in earnest with the first day of dressage from 10.00 a.m. local time/9.00 a.m. BST/4.00 a.m. Eastern time tomorrow. 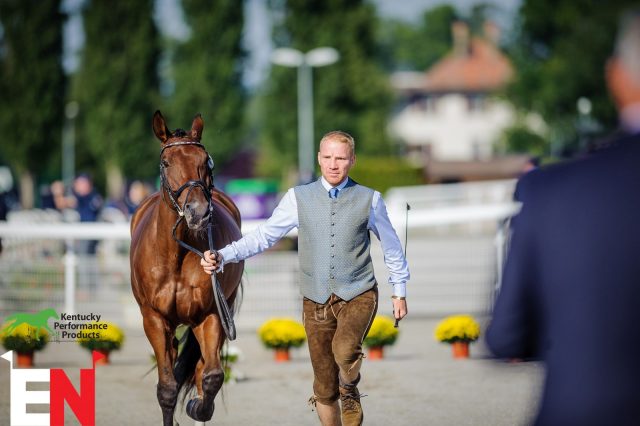 We’ll be back after the Opening Ceremony with a full gallery of images from today’s proceedings — until then, Go Eventing! (Or Go Walking Around in Circles Clutching a Flag! We’re not picky!)