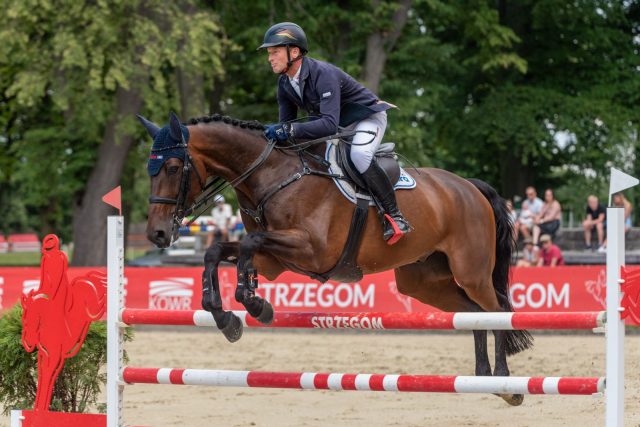 If there’s one thing top riders understand, it’s that you’ve always got to have more horses coming up the pipeline. Michael Jung debuted a few new rides in his string this season. Aside from the uber talented fischerChipmunk FRH, who was just named to Germany’s European Championship team, here’s two other new horses that may have flown under your radar: Highlighter and Creevagh Cooley, who both won classes this weekend at Strzegom’s Summer Tour.

The 8-year-old Highlighter claimed the CCI4*-S in wire-to-wire fashion, his only fault being 10 additional seconds on cross country. Owned in partnership between Michael’s family, including mother Brigitte, father Joachim, and brother Philip, and Anette Schmid, Highlighter started the weekend on 27.9 — a personal best at three- or four-star level.

#StrzegomSummerTourLet’s watch it again.🤩 The winning round of 🇩🇪 Michael Jung with Highlighter in the jumping in the CCI 4*-S.#shtstrzegom #WKKW #eventing🎥Video by Świat koni

This is the young horse’s first International win, though he has already earned two top ten finishes with Michael at Barborowko CCI4*-S (5th), and Luhmühlen CCI4*-S (6th). 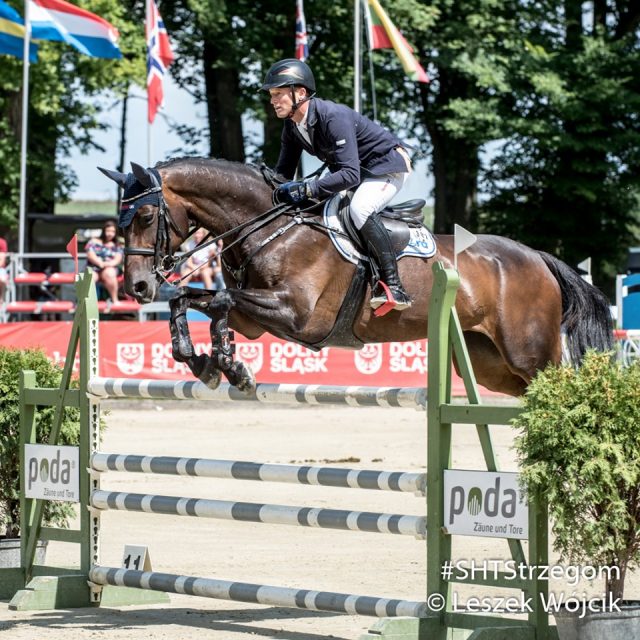 Owned by Mitt Hjärta Hästsport & Hälsocenter, the horse spent his early career with Kitty King before spending the last two seasons with Selma Hammarström. He and Michael prepared for this long format event with the Event Rider Masters CCI4*-S at Haras de Jardy (16th), Strzegom’s June CCI3*-S (2nd), and their partnership debut at Barborowko (16th).

Here’s to following their careers!