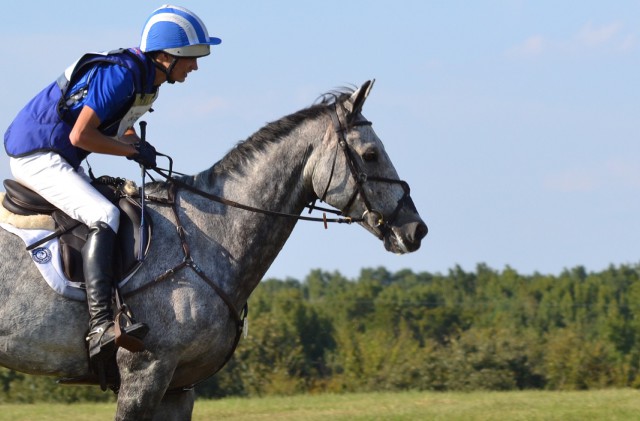 The USEA has released its 2015 membership and starter statistics ahead of this week’s Annual Meeting and Convention in Washington, D.C. The numbers shows about a 4 percent increase in membership this year, with about an 8 percent increase in the number of riders who competed in a recognized USEA event in 2015.

The current number of USEA members — 12,139 — is the highest total since the Great Recession hit the U.S. in 2008, as well as one of the top 10 highest totals since the association’s establishment in 1959.

Graphic via the USEA

“With the economic recession the USEA saw a loss of members, but we are encouraged to see that our membership numbers are approaching pre-recession levels,” USEA CEO Jo Whitehouse said.

“The interest in the sport is much larger than the membership numbers alone indicate. With over 60,000 North American followers of U.S. Eventing through social media channels like Facebook, there is a significant amount of growth still possible for the sport.”

The number of USEA members competing in recognized competitions rose for a third straight year, which makes 2015 the third-highest year by number of starters in the association’s history. The years with the highest number of starters were 2006 (44,324 starters) and 2007 (45,667 starters) prior to the Great Recession. 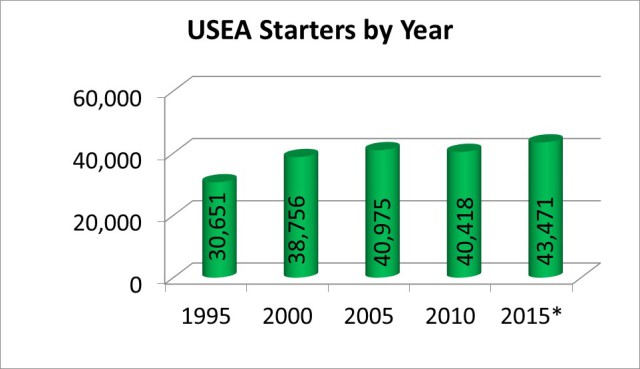 Graphic via the USEA

More recognized competitions were also held in 2015 than in the previous two years, with organizers hosting 237 events, a slight increase from 228 and 233 events.

“The growth in USEA starters and competitions in 2015 is a positive sign, but we also recognize the challenges faced by competition organizers and venues in hosting events,” USEA COO Rob Burk said.

“We must continue to work on solidifying the future of all of our competition venues. We know we have work to do when we see venues that have fostered the growth of our riders at all levels closing to business.”

USEA President Diane Pitts said these numbers will be discussed during the Eventing 2016-2026 Summit and Town Hall Meeting on Saturday, Dec. 5. Click here to see full schedule for this year’s USEA Annual Meeting and Convention.

It’s definitely going to be a buzzing convention, with multiple big topics on tap. In adding to the Eventing 2016-2026 Summit, the proposed DX Eventing and Beginner Novice Assistance Allowed divisions will also be discussed, plus a Modified level to “bridge the gap” between the Training and Preliminary Levels.

Click here for EN’s guide to the USEA Convention, and we hope to see you in Washington, D.C. later this week. Are you attending the convention? What questions do you plan to ask in regards to this 2015 data, as well as the proposed new additions to U.S. eventing?