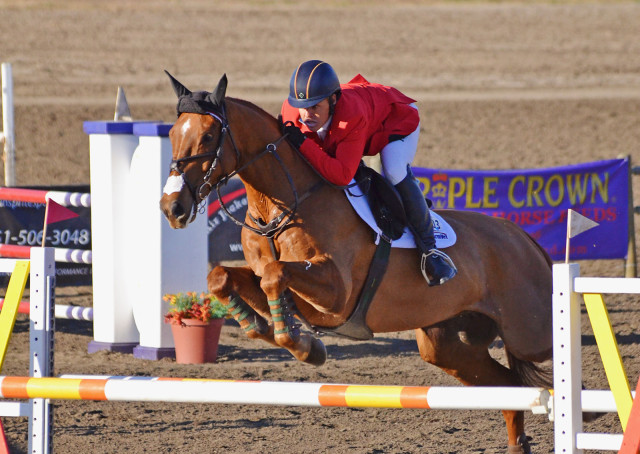 Hot off the presses! Here’s a first look at the riders that have been named to the 2015 Eventing High Performance Training Lists. This year, in contrast to how it has been organized in the past, the Training Lists is only naming riders, and letting them decide which horses to use in training sessions. This is a new technique for the USEF High Performance, and we are intrigued to see how it plays out. We’ll be back in the morning with a full analysis on each pair named to the lists. Congrats to all the horses and riders!

The USEF Eventing High Performance Committee has approved the following High Performance Training Lists for the 2015 season. In determining these lists for 2015, the USEF Eventing Selection Committee is directly focused on the Land Rover U.S. Eventing Team producing successful results at the 2015 Pan American Games and the 2016 Olympic Games. To that effect, the following riders will make plans with U.S. Eventing Team Coach David O’Connor as to which horses they will ride in each session. Training Session dates and locations will be finalized at the USEA Annual Meeting in Fort Worth, Texas in December.The USEF Eventing High Performance Committee has updated the definitions for the World Class and National Lists and discontinued using the Global Talent Lists to better reflect the aims of the program.  World Class List:Athletes that currently possess the ability to be competitive anywhere in the world.Buck Davidson (Ocala, Fla.)

Lynn Symansky (Middleburg, Va.)National ListAthletes that are currently competitive in domestic international-level competition, and who the USEF Selection Committee feel have the future potential to be competitive anywhere in the world.Maya Black (Clinton, Wa.)