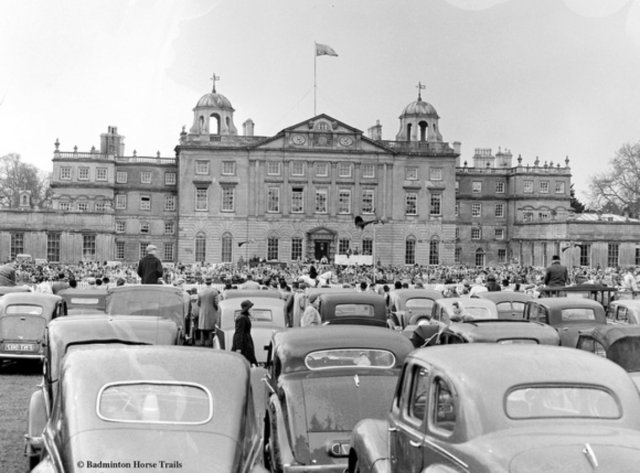 Come one, come all: early spectators flocked to watch the first phase in its old location on the north side of Badminton House in the 1950s. Photo courtesy of Badminton Horse Trials.

Some considerable excitement from Badminton Horse Trials this morning – we’ll be looking ahead to a new (old) look event for 2021, as the dressage and showjumping phases are temporarily relocated to an arena in front of the house. The location, which has been used as the Duke of Beaufort’s driving range in recent years, was the site of the original arena from the event’s inception in 1949 until 1960, when the current, much-loved main arena with its cavernous stands was built.

But cavernous stands aren’t much use without enthusiastic crowds to fill them, and though the COVID-19 vaccination has hit the ground running, it’ll be a while yet before we see the kind of mass inoculation that’ll allow the world to return to normal. As such, the event is set to run behind closed doors in 2021, which required some creativity from Event Director Jane Tuckwell and her organising team to ensure that that almost indescribable Badminton magic would still be in situ.

“I am very grateful to the Duke of Beaufort for giving over his golf driving range to the event for this very special one off occasion,” she said in a statement released yesterday (December 16). 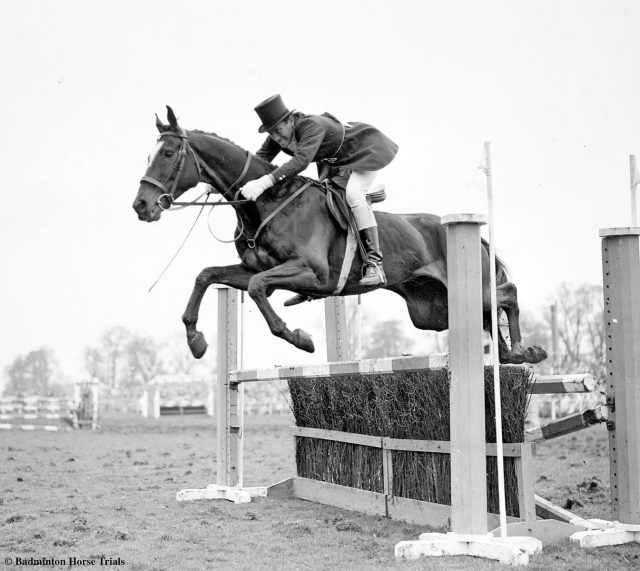 David Somerset, the Duke of Beaufort, and Countryman knock a rail to narrowly miss the win at Badminton 1959. Photo courtesy of Badminton Horse Trials.

Henry Somerset, the 12th Duke of Beaufort, is no stranger to the enormous importance of this extraordinary event: after all, it’s in his blood. The event itself was born just three years before he was, and so his life as the heir apparent to the Beaufort legacy has been inextricably linked with it – but in many ways, it’s even closer to home than that. His father, the 11th Duke of Beaufort David Somerset, was the former president of the British Horse Society and himself a second-place finisher in the event in 1959 aboard Countryman III.

“It is very exciting after last year’s cancellation that the horse trials will be going ahead next May,” the Duke remarked. This renewal will see Badminton’s rebirth in its post-Mitsubishi era; now, without a traditional title sponsor, it will be supported by Mars Equestrian and Science Supplements. 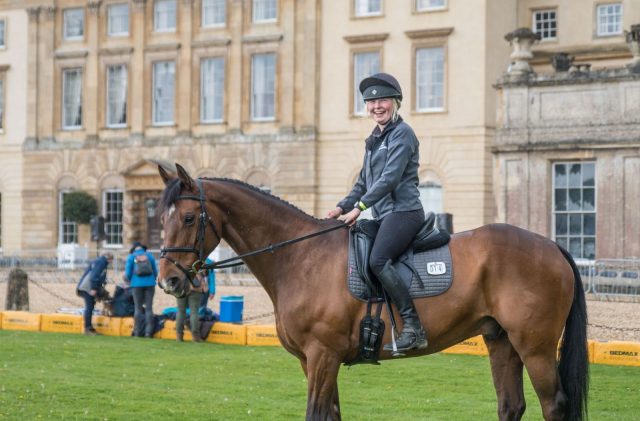 The grassy lawn in front of Badminton House is usually well-used during the event for grazing and hacking – as demonstrated by Amy Akehurst, head girl to Tom Crisp and seen here aboard Coolys Luxury. Next year, though, this will be the heart of the action. Photo by Tilly Berendt.

The cross-country course, again designed by Eric Winter, is set to follow a similar route to previous years, though the usual main arena start and finish points will simply be parkland locations without the installation of the stands.

Pippa Funnell, who won in 2002, 2003 and 2005, applauded the decision to relocate the first and final phases for 2021: “Badminton has a really special place in my heart and moving the main arena to the front of the house will make the event even more extraordinary if that is possible. I am thrilled the event is able to go in these most difficult of times and I cannot wait to get there in May.” 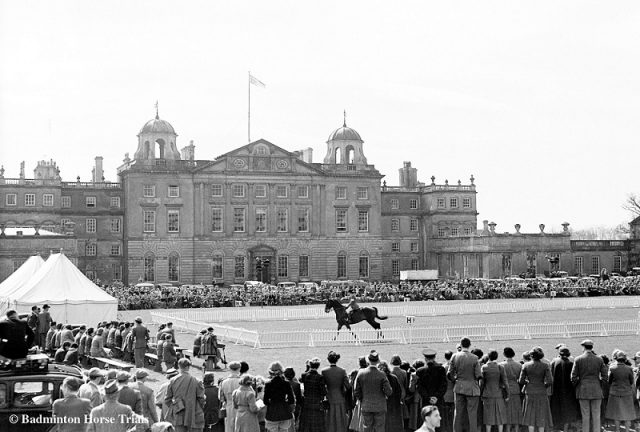 Dressage gets underway in front of the house in 1954. Photo courtesy of Badminton Horse Trials.

Further announcements are expected in due course regarding the additional coverage planned for 2021’s event, ensuring that fans of the sport get an ‘access all areas’ feel from home. As usual, you’ll be able to rely on EN for full coverage of all the action and plenty of behind-the-scenes coverage, too.