Strzegom Nations Cup CICO3* cross country has just wrapped up — we’ll be along with an update on that later — and now we’re onto the CCI3*. It’s well into the afternoon in Poland but 9 a.m. EST, so grab a mug of coffee and head back to bed with your laptop for some vicarious cross country thrills! Isn’t that what Saturdays are for, anyway? View CCI3* cross country ride times here.

The CCI3* division may not be quite as star studded as the CICO3* but it’s a critical competition for the countries represented who haven’t yet made their final Olympic team cuts. Stefano Brecciaroli, who has three nominated horses on the Italian Olympic long list, is currently holding down the top two spots but of course it’s cross country day, so anything could happen!

We also always enjoy cheering Lissa Green, the 27-year-old daughter of British eventing legend Lucinda, around the track. What a lovely young woman — we last profiled her in 2012 and are overdue for an update, but you can check that out here. She’s inside the CCI3* top 15 after dressage this weekend riding Malin Head Clover. 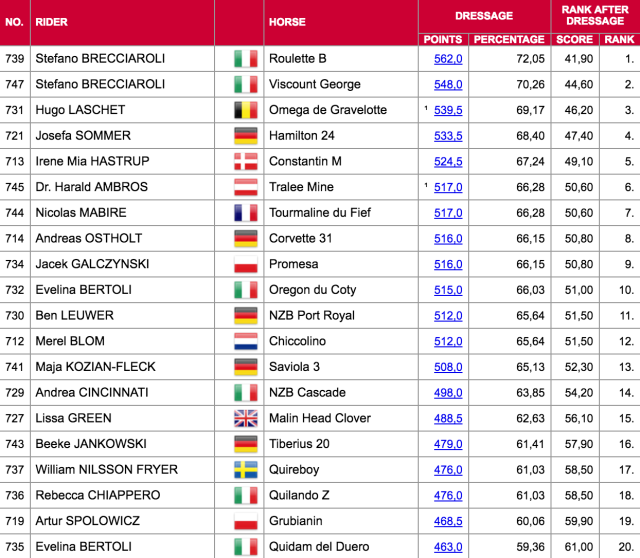