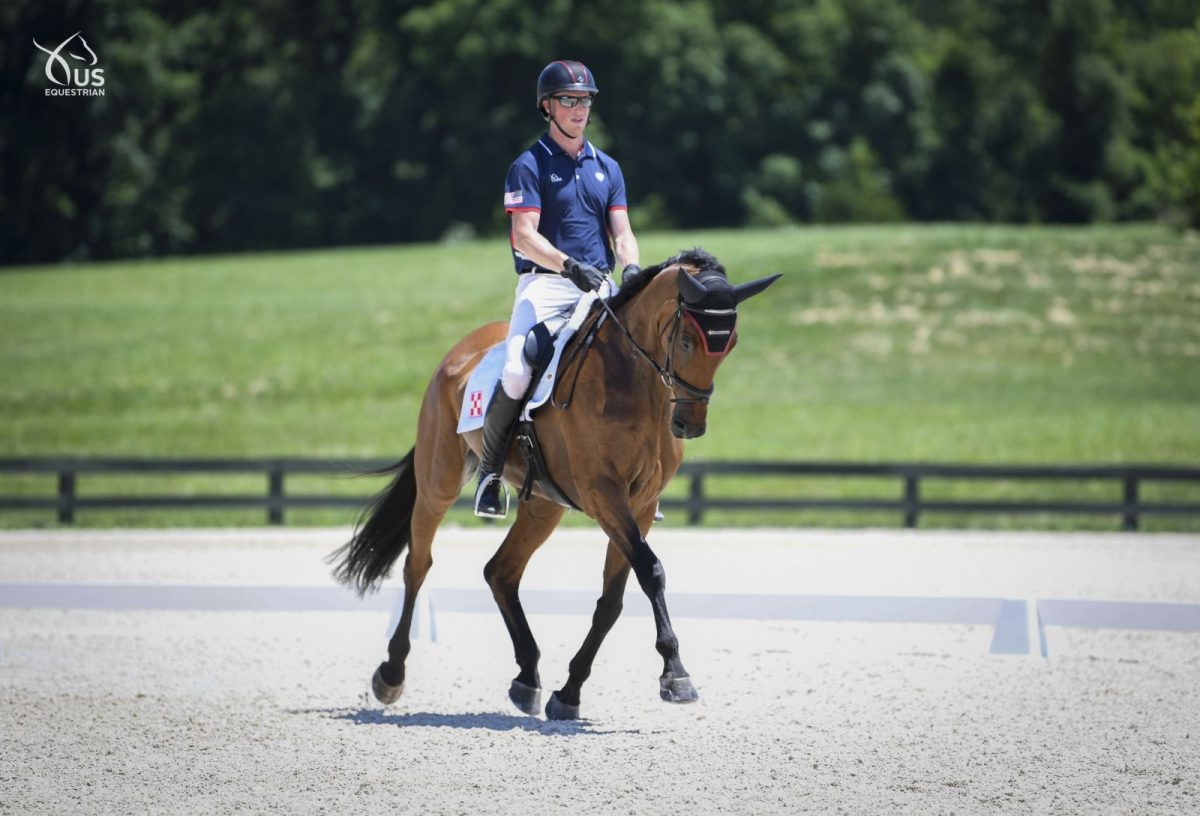 Doug Payne and Vandiver. Photo by US Equestrian/Taylor Pence.

It’s been a seriously good day to be a fan of the sport, particularly if you, like us, can think of little else but the forthcoming Tokyo Olympics. That’s because today, the US eventing team and the UK shortlist both tackled their first ride-throughs of the Olympic test: US riders in their mandatory training outing at Great Meadows, and the six shortlisted British riders in an exhibition at the Royal Windsor Horse Show.

We already know our US team, which is comprised of Boyd Martin and Tsetserleg TSF, Phillip Dutton and Z, Liz Halliday-Sharp and Deniro Z, and Doug Payne and Vandiver as the travelling reserves, but they weren’t the only combinations on the roster in today’s line-up. 12 pairs came forward in total, including all the reserves and – wild card! – Canada’s Colleen Loach and Qorry Blue d’Argouges. Meanwhile, in England, we’re still waiting for tomorrow’s announcement, but can feel confident that the final team comes from today’s six pairs: Piggy March and Brookfield Inocent, Kitty King and Vendredi Biats, Tom McEwen and Toledo de Kerser, Oliver Townend and Ballaghmor Class, Laura Collett and London 52, and Ros Canter and Allstar B. Once again, we’re struck by how little we’d enjoy having to choose three pairs out of that star-studded line-up.

Though neither the British side’s tests nor the U.S.’ were officially scored, we’ve rounded up some videos showcasing some of today’s action, which offers a great opportunity to familiarise yourself with the short, snappy Olympic test and to see how some of these high-flying combinations fare in its clutches. Oh, and a fun fact for you? In this three-and-a-half minute test, the four flying changes count for nearly 20% of the total marks awarded. We’re used to missed changes being expensive – in Tokyo, they could bankrupt you.

Ros Canter and Allstar B:

Exercise-induced muscle damage that results in sore, stiff muscles and poor performance is a common problem in athletic horses. Vitamin E plays an important role in preserving optimal muscle function by interrupting the production of harmful free radicals that can damage critical tissues. When vitamin E levels in muscle tissue are inadequate, the risk of exercise-induced muscle damage is increased.

Elevate® Maintenance Powder supplies the natural vitamin E your horse needs to neutralize damaging free radicals and support peak performance. Keep your horse at the top of his game with Elevate natural vitamin E.
The horse that matters to you matters to us®.
Not sure which horse supplement best meets your horse’s needs? Kentucky Performance Products, LLC is here to help. Call 859-873-2974 or visit KPPusa.com.