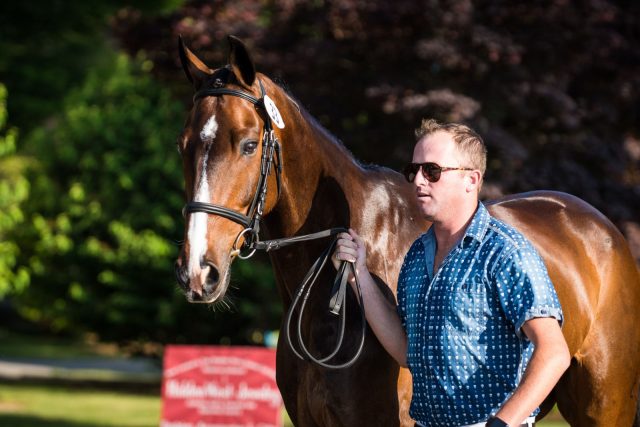 Will Faudree and Mama’s Magic Way. Photo by Leslie Threlkeld for VHT.

Will Faudree has earned 12 International victories in his eventing career, but a long format, formerly CCI, win has eluded him, until this weekend when he topped the Virginia Horse Trials CCI2*-L with Mama’s Magic Way.

Will and the 8-year-old Hanoverian owned by Jennifer Mosing and Sterling Silver Stables had a wire-to-wire lead of the inaugural division, ending the weekend on their dressage score of 22.

“He’s a star. He’s definitely been a horse I’ve had to get to know. I joke around, I say he’s like a 3-year-old little boy in a toy store on a sugar high — all the time. He’s a wonderful horse. We have a lot of fun with him. I’m really excited about his future,” Faudree said of the horse who was produced to the CCI2*-S level by Germany’s Andreas Dibowski.

“I’ve had to figure out how to talk to him when his emotions get going. I was really proud of him in the dressage, and it’s really fun to lead from start to finish. I’m very thankful to Jennifer Mosing and my entire team. It’s exciting — in my 20-plus year career, this is the first CCI long I’ve ever won.”

What a great #horse in the making. #Doubleclear in the CCI** L #crosscountry to remain in 2nd place at @virginiahorsetrials! #xc #eventing #baymax #6yrold

Show jumping in reverse order, Doug Payne and Stephen Blauner’s Baymax put the pressure on Will with a double clear jumping effort. This is the 6-year-old Irish Sport Horse debut at the level, and he finished on a three-phase result of 25.5. 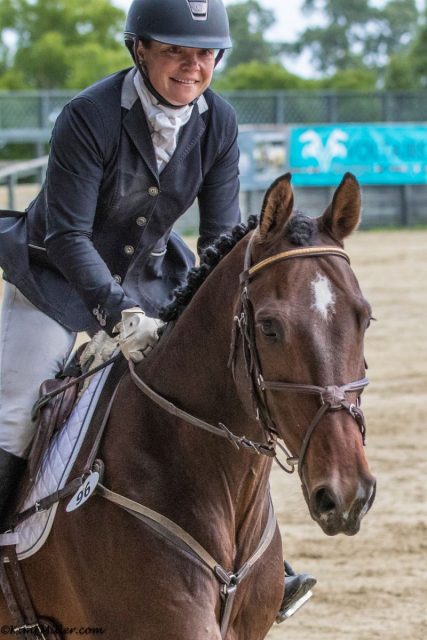 Sara Sellmer was the big winner on the west coast, taking the Advanced with Jill Walton’s PDQ Leigh.

Sara hadn’t been to The Horse Park at Woodside since her upper level partner, TF Kreisler, died following a cross country accident, so her win of the Advanced this weekend was a bittersweet one.

“I wasn’t sure how I would handle it,” she said. “To be doing Advanced again and to win today is amazing. The support of the community here has also been amazing. All weekend I’ve been getting pats on the back in the warm-up ring and everybody telling me that I can do it.”

Even with one rail down, the pair still finished with four points to spare on a final result of 37.8. Next stop: the CCI4*-L at Rebecca Farm.

Show jumping proved very influential for this division, and a clear round one second over boosted sixth-place Lauren Billys and Castle Larchfeild Purdy to second on a score of 42.3. Frankie Thieriot Stutes and Chatwin were third with 0.8 time penalties added as they head next to Luhmühlen. 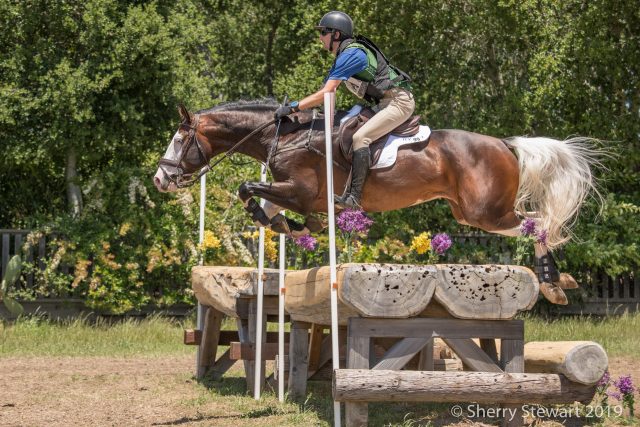 James Alliston’s colorful star, Cassio’s Picasso KD, won the Open Intermediate in the final phase. He and the 7-year-old Trakehner stallion jumped clear for the blue ribbon on a score of 28.6. Overnight leader, 15-year-old Jordan Crabo had a disappointing refusal at the first fence with Over Easy, dropping to a second place finish with 29 points. Kelsey Holmes and  NZB The Chosen One were third, finishing on their dressage score of 30.30.