In last week’s edition of “OTTB Wishlist” we singled out three available “small but mighty” Thoroughbreds. This week we’re swinging in the opposite direction! 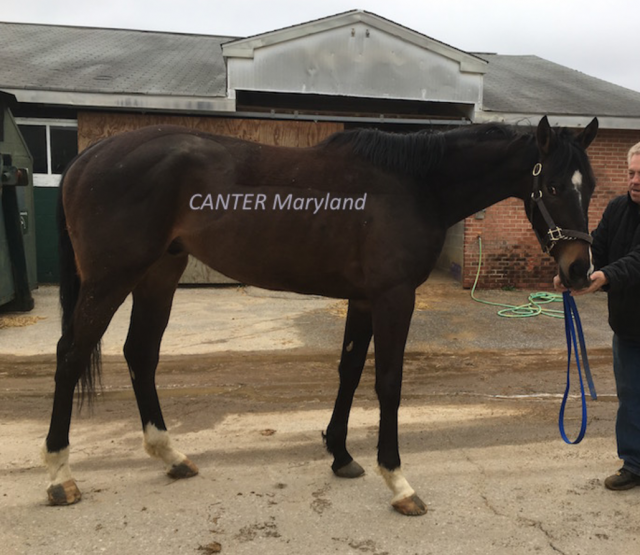 This guy should catch the eye of anyone with a vision for what a horse could be. He is a sound, 17-hand 3 year old (and possibly still growing!)  and when you look at his frame and imagine him with a good polish and some groceries, can you see the potential?

At the end of his last race, after the finish, he was pulled up too quickly and his gangly legs slipped out from under him and he took a tumble. He got right up and was fine, but track rules are that any horse that falls on the track gets vanned off — good rule! The vet examined him and he did not sustain any injuries, but after that incident his connections decided that he wasn’t showing much potential as a racehorse anyway and rather than put the gangly youngster through more racing, they’d see if they could find him a new career. He is very sweet and has no vices. 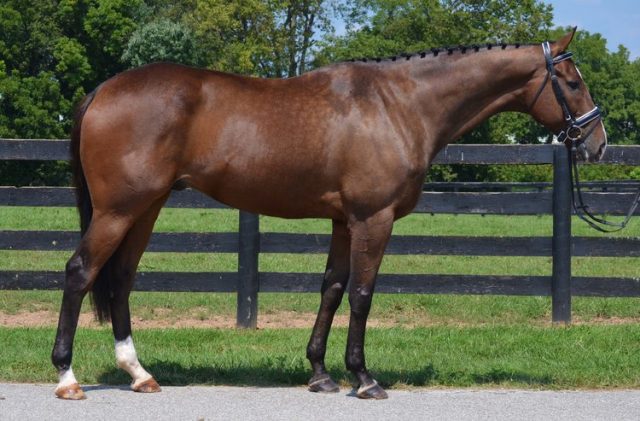 This Legacy horse will turn your head and take your breath away upon seeing him. Arcane is big in every way — body, movement, personality and presence.

He knows it too! And like many beings who are blessed with these attributes, he uses his gifts to get what he wants. On the surface, this can be off-putting, like coming across a big black grizzly in the woods. But don’t be fooled — this proud horse is a true teddy bear inside, yearning to be loved. When he finds the right mate who offers him a consistent routine and a regular “honey-do” list, Arcane, with his exceptional abilities and outstanding presence, will be spectacular. 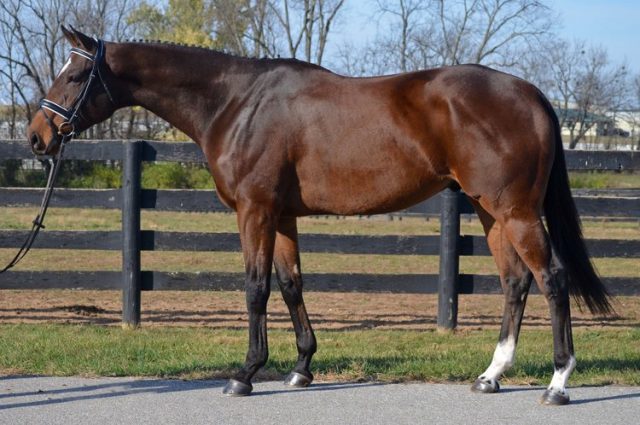 The Secretariat Center says that it has had many nice horses come through its Horse Centered Reschooling Program over the years, but that this guy may just be the finest exemplar of a Thoroughbred that they’ve ever had grace its barn. Noble Cornerstone has it all — height, balance, conformation, brains, and most importantly, heart. A winner of $326,000 in 19 starts on the track, this spectacular horse has already proven his athleticism at the track. Whatever he does, Stone is destined to be a rock solid performer in his next career.