Talk about OTTB pride! A recent thread on the OTTB Connect Facebook group turned into a show-and-tell of tattoos featuring Jockey Club numbers. 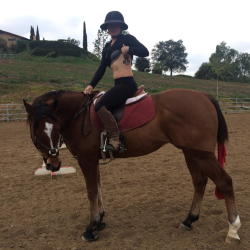 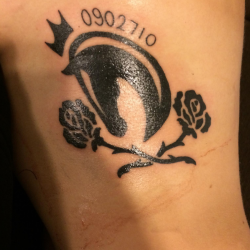 Charline Pinkel: “On my ribs with the RRP logo.” 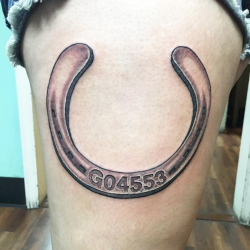 Macy Crawford-Roberts: “On my thigh in his horseshoe.” 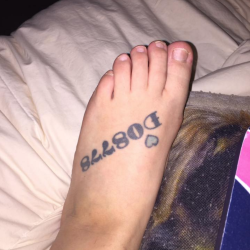 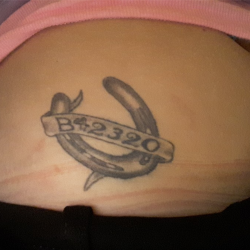 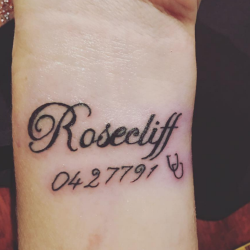 Maria LeBrun: “I recently lost my mare. Here is how I chose to remember her.” 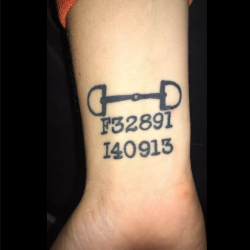 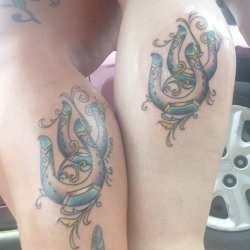 Bethany Skelton: “Matching with my best friend Narina Simmons. Mines the Tan leg (LOL) I have the number of one we lost, and sadly have another number to add for one we put down.” 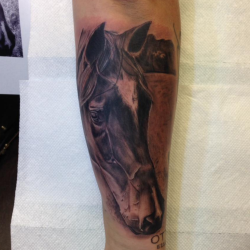 Bethany Skelton: “Says OTTB and has his number below it, below his nose, kinda around my wrist.” 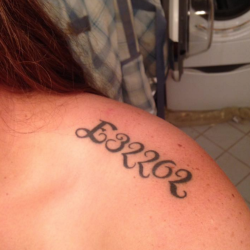 Kayla Allar: “Mines on my shoulder, love it so!” 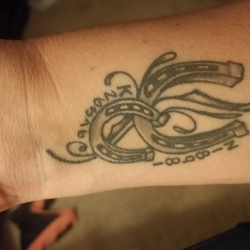 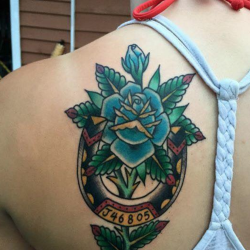 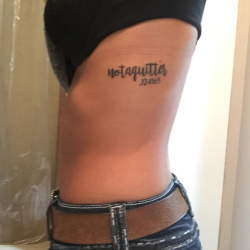 Jenrette Romberg: “I have mine on my left side! I love it!”

You guys are the best (and craziest). In the market for a Jockey Club number with tattoo potential of your own? Here are three OTTBs that caught our eye this week. 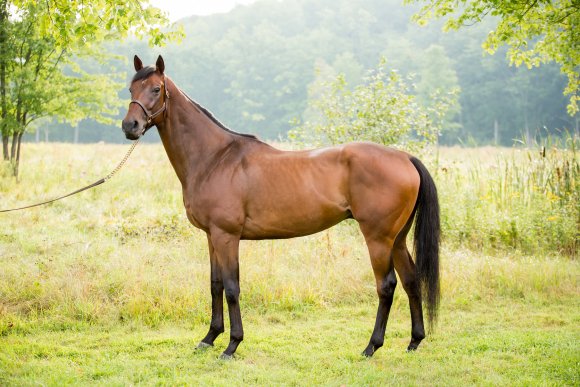 Jacob’s Here (Roman Ruler – Borrowing Base, by Personal Flag), or “Mulligan” as he is called at the barn, is just about as easy-going as they come. This 2011 16.3-hand gelding’s race career ended when he sustained an injury to his pastern during a race. The cut is all healed now though, and Mulligan is ready for a job and a forever home. He transitioned seamlessly to his post-racing lifestyle and could play in turnout all day with his buddies.

Under saddle Mulligan is eager to please and hard-working — praise goes a long way with this guy! He enjoys being ridden both outside and in the covered arena, and confronts new situations boldly. He would excel in any discipline with the right rider.

Mulligan comes from exceptional athletic bloodlines, too. He was sired by Roman Ruler (2002), who earned $1,220,800 in just 10 career starts and won a Grade-1 stakes race.

If you’re someone who loves teaching equine preschoolers, this irresistible 3-year-old is for you! This 16.3-hand baby gelding Tizn’t a Saint (Tiznow – Evil, by Hennessy) is innocent and a tad uncoordinated still with his big body and long legs, but makes his trainers smile every time they work with him because of his “try” and his desire to please.

Although he started in two races Saint is learning at the Maker’s Mark Secretariat Center where to place his feet, how to be mannerly, and how to speak English (“walk,” “trot,” “canter,” “woah,” “back” and of course “good boy!”). When he matures physically and mentally he will be a real head turner of a horse, but for now he is in his adorable horse “toddler” phase. 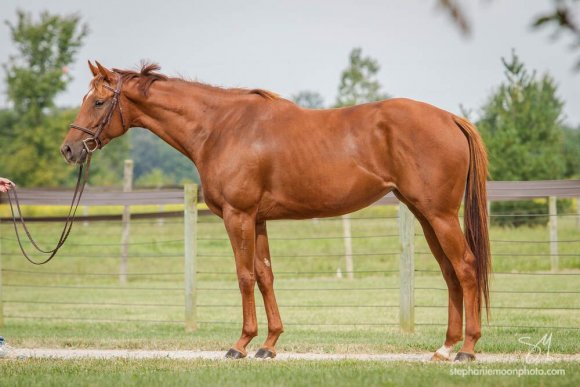 She is kind with a little bit of baby curiosity to her personality, loves attention and just does her job under saddle. Despite answering her friends while she was working, she didn’t miss a beat. She has a forward trot and a very nice rhythmical canter that is lovely to ride and she seems to just do her job always with a pleasant attitude. Turn out with her two pasture buddies is uneventful and she has no vices.

“Bow” came to New Vocations after torquing her ankle in her last race, but her x-rays were clean. It was suggested that she be given 30-60 days off before going back to the track.  At that time the decision was made for her not to return to the track since she was not competitive enough to continue racing her and she came to New Vocations for a few months of down time. She has been back to work for a month now and she will be suitable for any discipline for an intermediate level rider and up.