Success is what everyone is after, isn’t it? But success takes on so may different forms that sometimes it isn’t obvious what it looks like. At the racetrack, it seems pretty cut and dry: winning races or finishing in the money equals success and the more the better, of course. Some Thoroughbreds find a moderate amount of success at the track by placing well in a handful of races. Some manage to win one and then are never able to replicate that feat.

One of the beautiful things about taking in a Thoroughbred off the track is that it gives them the chance to be a winner once again in a second career. This week we’re featuring three OTTBs who have clocked at least one win during their racing career. Could one of them win your heart as well? 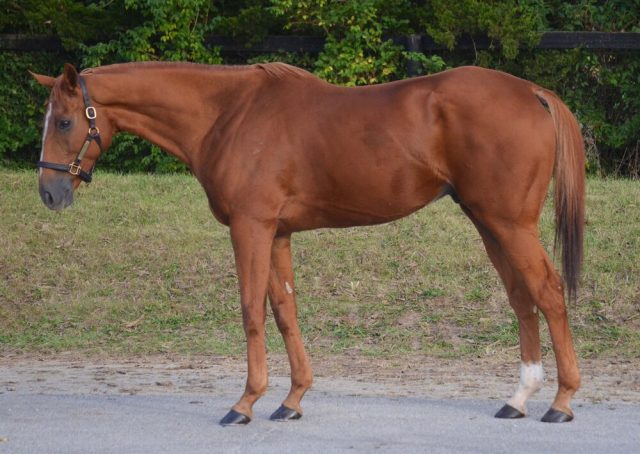 Don’t pass over this special warhorse! Named after a family friend who served in the US Navy, Frogman Mel’s career on the track spanned over 69 races, many of which where Claiming races and he did change hands several times, but his connections kept track of him. He was claimed for the final time by his longtime trainer and his namesake’s son who wanted to secure his future. “Froggie” went on to race several more times before his connections decided to retire him sound find him a home through MMSC.

As warhorse who remained successful throughout much of his career, Froggie is the type of horse who loves to have a job. He’s already enjoyed some letdown time, but it happy to be back under saddle and in work. It will take time for Froggie to learn a whole new way of carrying himself as a riding horse and developing the musculature to do so, but he has unlimited potential and a real drive to go to work every day. 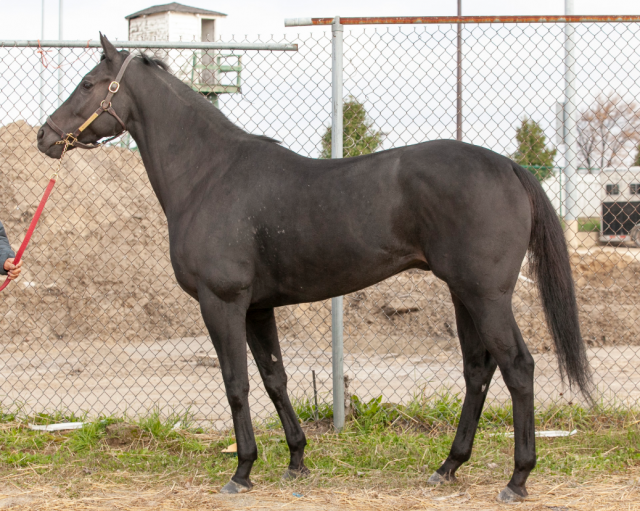 This mighty looking three-year-old hit the board a couple of times in his 18 race career, including a single first-placed finish. However, his recent spat of back-of-the-back finishes signals to his trainer that he’ll likely be better suited to another career. Mighty Might has no physical limitations and his only vice is that he sometimes cribs mildly only after eating peppermints, which are of course his most favorite treat! Don’t let that stop you though — Mighty Might will make up for it by being your best friend. His connections say he has one of the biggest personalities in the barn and truly loves people. 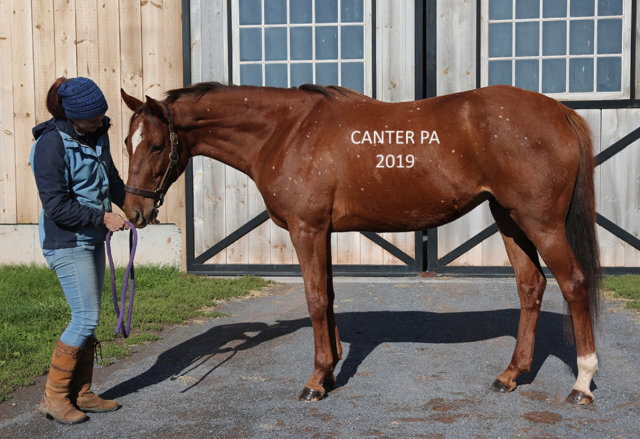 After earning $106,471 in 35 career starts, Honeydukes was brought back to the farm for some downtime in June. This sweet girl is absolutely adored by her connections and has turned into a barn favorite off the track as well. The farm manager has enjoyed riding “Dukes” around the farm, including though open fields. She’s been free-jumped as well and doesn’t bat an eyelash at whatever new challenge is presented to her. Her connections think that her sweet and sensible nature would make her an ideal choice for a young rider or amateur’s first restart project.