With the last event of 2019 taking place over the weekend, we have officially entered the off-season. For some, it’s a welcome period of rest and relaxation. For others, in particular those who prefer to keep busy or aren’t so good at chilling out and taking a break, it’s the “dreaded” off-season. But the off-season doesn’t have to be so much about winding down if if you don’t want it to. It can instead be about switching gears and a time to redirect one’s energy from an actively competing horse to a new one who is just getting going.

As usual, this week we’re bringing you three off-track Thoroughbreds looking for a new job and they’re great candidates to keep you occupied over the eventing off-season. Would they rather enjoy a little down time themselves or get right to work learning a new job? You’ll have to get to know them to find out! 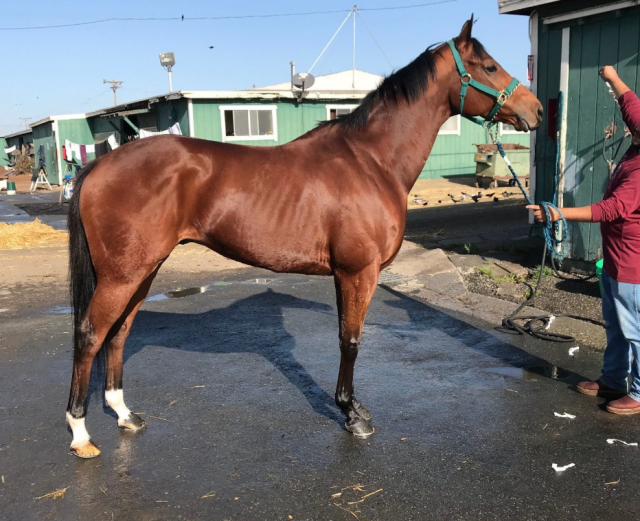 A shiny coat and a kind face on top of a gorgeous uphill build — what’s not to love about Maple Bar? According to his trainer, this sweet gelding has a good mind and no soundness issues. Check out his jog video and you’ll catch glimpses of a lofty way of going as well. He’s just not fast enough to be a race horse and his track record confirms, as he hasn’t hit the board once in 13 career starts. That’s okay though, Maple Bar has certainly got the looks and the movement to be a great sport horse prospect. 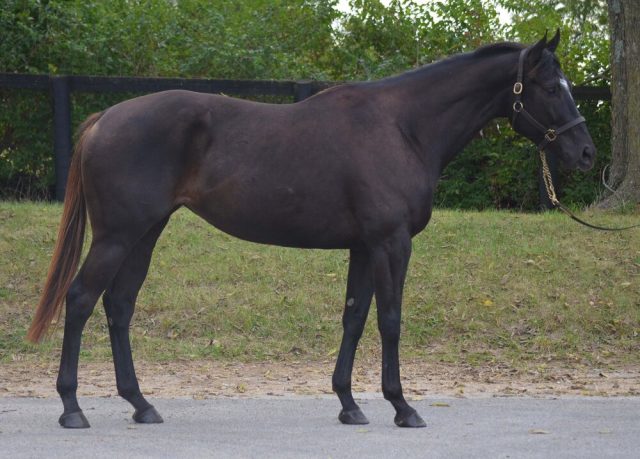 At 17-hands, this stately mare is tall, dark, and beautiful. She’d surely be an eye-catcher galloping across country! Urban Heat was actually bred and owned by a former vice-president of the Thoroughbred Aftercare Alliance board of directors, so when “Heather”, as she’s known around the barn, wasn’t particularly impressive in her lone career start her owner immediately looked to find her a new direction to go in. Being a big, well-bred mare it was hoped that she might make a good broodmare and she did raise one foal, but it also seemed not to be her calling. As it happens, Heather is happiest when she’s in work with a job to do and a person of her own. She’s already had some time off before returning to under-saddle work and she’s ready to find her third career. 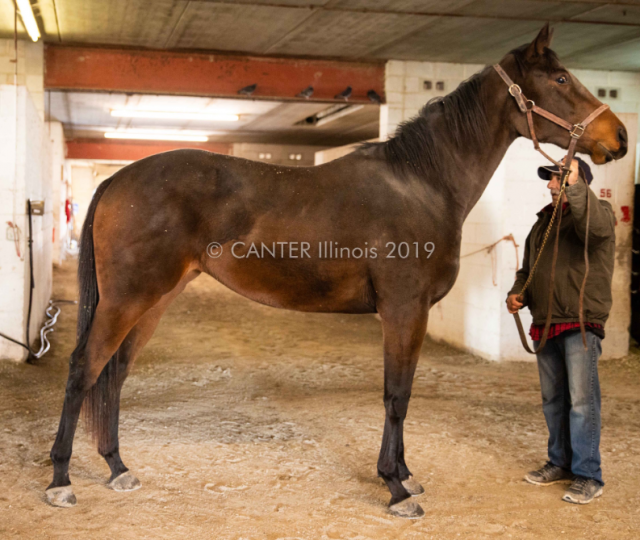 Looking for a youngster with the world at her, uh, hooves? Cowgirl Menace is the filly for you. This two-year-old is race trained and has published workouts, but has not started in any races. She looks like a level-headed young horse who looks to her handler for guidance and is going to be absolutely gorgeous given a little more time to grow and fill out. Her trainer really likes her and would love to keep her going, her owner is cutting back on horses. Their loss is your gain!