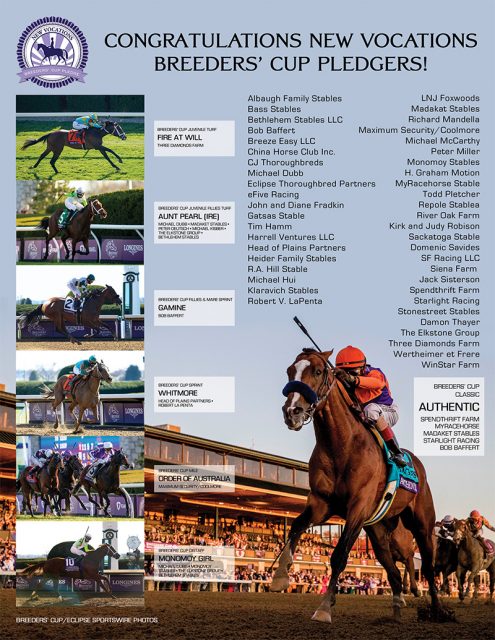 Since 2009, trainers and owners of horses bound for one of the biggest races of the year have pledged a portion of their hoped-for winnings to Thoroughbred aftercare through the New Vocations Breeders’ Cup Pledge program. This year, the pledge program raised over $140,000 that will directly benefit the off-track Thoroughbreds and Standardbreds being rehabilitated, retrained, and rehomed by New Vocations Racehorse Adoption. Among though who pledged were the connections of Breeders Cup Classic winner Authentic.

Despite the COVID-19 pandemic, New Vocations has had an exceptional year of success rehoming horses. Adoptions actually increased during the early stages of the pandemic and New Vocations found new homes for 120 horses through April and May and 410 total for the year so far. With fundraising events taking a hit, however, the donations coming in from this year’s Pledge provides a much needed financial boost for the organization during this cash-strapped year. 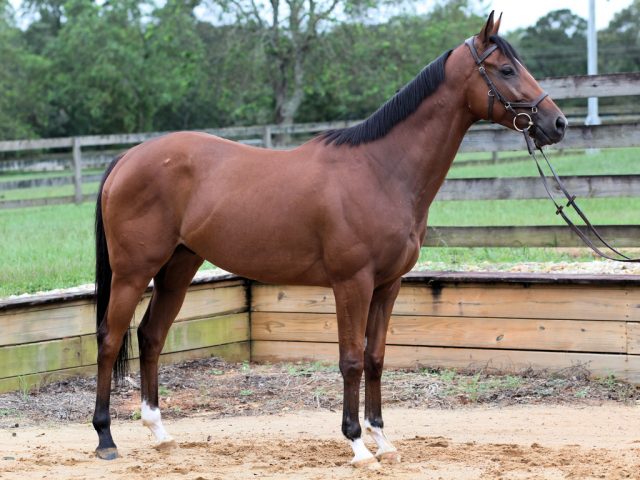 RhettNScarlett a.k.a “PNut” around the barn is called such because of his 15.1-hand stature and his in-your-pocket personality. PNut loves his people and has great ground manner when it comes to standing in the crossties or for the vet or farrier, but he loves to try and grab extra grass snack on his way too and from turnout so he’ll need a person who can be firm but fair as he continues to grow up. PNut retired from the track after 13 starts and and has tons of potential for a second career. The New Vocations staff has restarted him beginning with ground work and have introduced him to  ditches, banks, poles and jump fillers. He’s immediately shown an affinity for jumping and thinks it’s super fun! 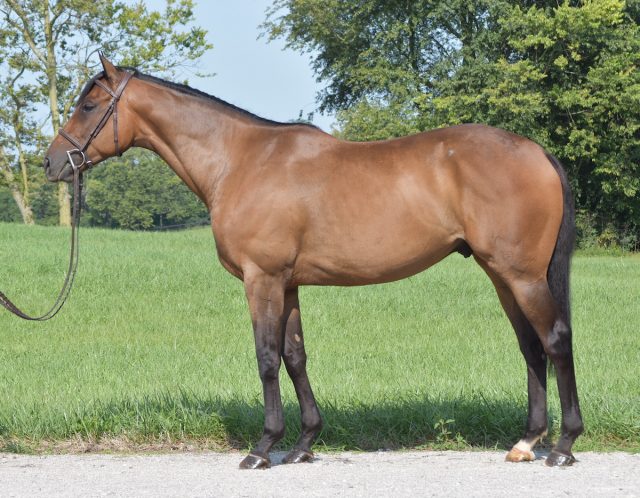 You not need to get an expensive import to get your hands on a nice Irish horse! Urban Light was bred in Ireland and spent his first year of racing there making 6 starts at 6 different Irish tracks before arriving at Santa Anita to continue his career. Urban Light has made a career total 15 starts and earned $31,039. Since his last race was just a few months ago in August of this year, “Urban” could use a person who is willing to take the time to restart him patiently or give him a little time off to rest if he’d prefer. He can get a little bit anxious on the crossties and on the ground and seems to have a lot of energy, but his nervous behavior disappear when under saddle. 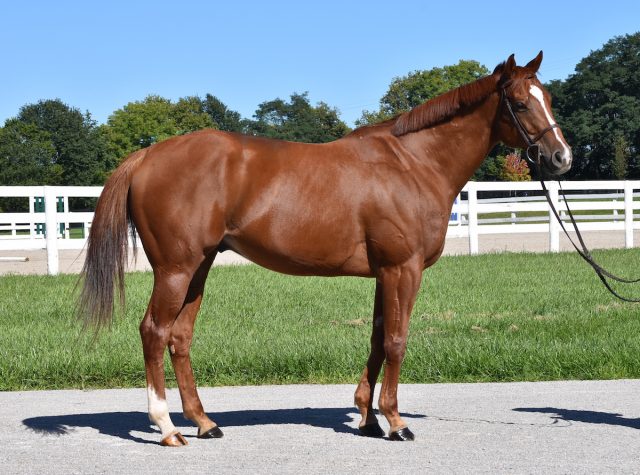 He may be small (honestly not that small though), but he is mighty! This 15.3-hand eight-year-old has notched 36 career starts — 12 of them wins — and earned a whopping $635,463 throughout his race career. Majestic Affair has had some time off to heal from a minor suspensory injury so he’s currently a little bit out of shape, but he’s the athletic seasoned-competitor type who would rather go on to have a second career as opposed to being retired. He may only be suitable for a low- to mid-level career going forward because of his previous injury, but give him a shot and see what he can do!