The racing — and sport horse — world lost a legend last month, with the passing of A.P. Indy at the age of 31. If you’ve ever looked up a Thoroughbred’s pedigree on Equineline, chances are that you’ll have seen his name a generation or two back. The stately stallion, who won close to $3 million in 11 races, has been an influential sire for many other race horses and sport horses alike.

There are a number of his progeny running around cross country courses across the nation; for example, if we take a quick look at the Retired Racehorse Project’s user-driven database the Thoroughbred Sport Tracker, there are 60 horses who have A.P. Indy for a grandsire out of the 991 registered as eventers. Of course, we can point out a few particularly recognizable event horse names as well such as Andrea Baxter’s Indy 500 (My Gifted Indyanna), Phillip Dutton’s Sea of Clouds, Leah Lang-Gluscic’s AP Prime, and Jon Holling’s Ragtime Rebel.

In honor of A.P. Indy, this week we’re featuring three geldings who can trace their lineage to one of the most notable stallions of all time: 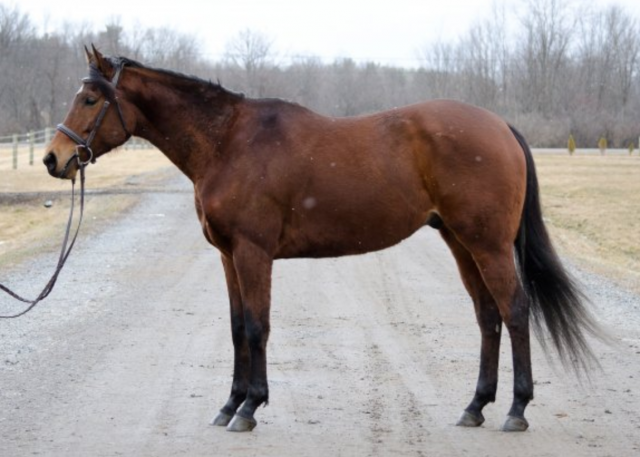 With A.P. Indy as his grandsire, Shipsandgoods made 30 career starts over the last four years though he only earned a modest $55,731 in total. Known around the barn as “Captain,” this came to New Vocations through NYTHA’s TAKE THE LEAD Program and they’ve found him to be a friendly and personable horse who enjoys attention. He’s also a forward moving and forward thinking ride who has the making of a great sport horse with consistent training. 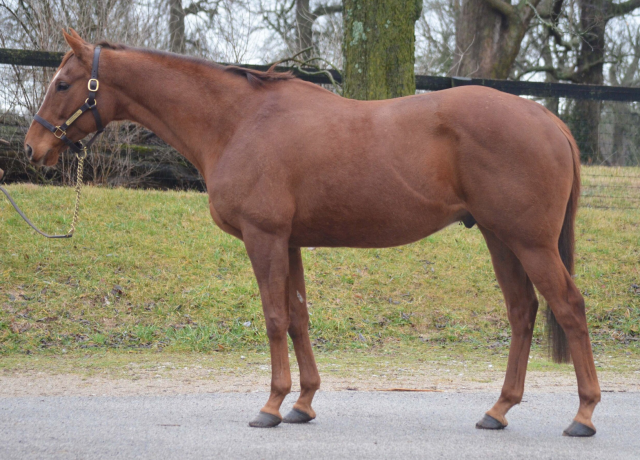 Garey Park made his way to the Maker’s Mark Secretariat Center directly from his owner and race trainer, who wanted to be sure their horse had only the best opportunity at a second career after his 21 races and $50,243 in winnings. Being a Tapit grandson, A.P. Indy is four generations back in his pedigree. This six-year-old is described as having a “busy mind.” He doesn’t have a lot of confidence in his new environment yet, but his caretakers can tell that eventually he’ll thrive in an environment with lots of interesting new questions and challenges as he’s naturally curious and loves learning. 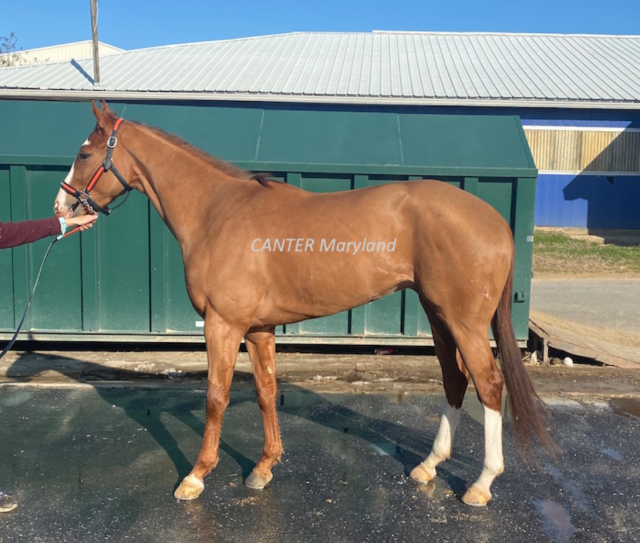 Total Access looks like the total package with his fun flashy chrome and lovely sport horse type. According to his connections he’s completely sound and has no injuries as he “doesn’t run fast enough to hurt himself.” He earned $24,640 in his 12 career starts. Total Access’ grandsire, Malibu Moon, who is a son of A.P. Indy, is said be a sought after event horse sire.