When shopping for an off-the-track Thoroughbred, you don’t necessarily have to buy one literally straight off the track that raced last week. Often, a little down time is beneficial to the body and mind of these horses before they begin a new career. When adopting a horse from a reputable racehorse rehoming organization, you’ll often be choosing from horses who’ve already had a little R&R before they’ve started their training to be a riding horse.

Our three picks this week are all from different organizations. They haven’t raced recently and are rested and ready for a new career: 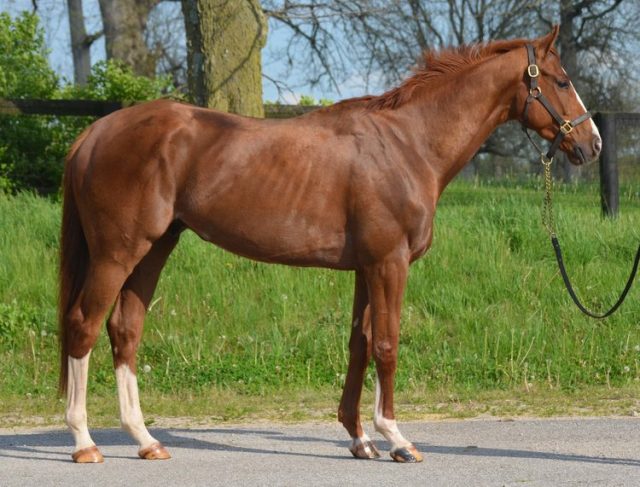 Clutch Cargo came directly to the Maker’s Mark Secretariat Center (MMSC) from his owners and breeders and it’s clear that we was in good hands and well-cared for his whole life. He was a pretty successful racer, earning over $150,000 in 20 career starts, his last of which was in October of last year. “Clutch” is an elegant, well-bred horse and therefore his adoption fee from MMSC is a little higher than usual. You’ll get your money’s worth, however. Clutch has a natural cadence and is well-balanced and straightforward under saddle. He settled in quickly to MMSC and enjoys working with people as thoughtful as he his. 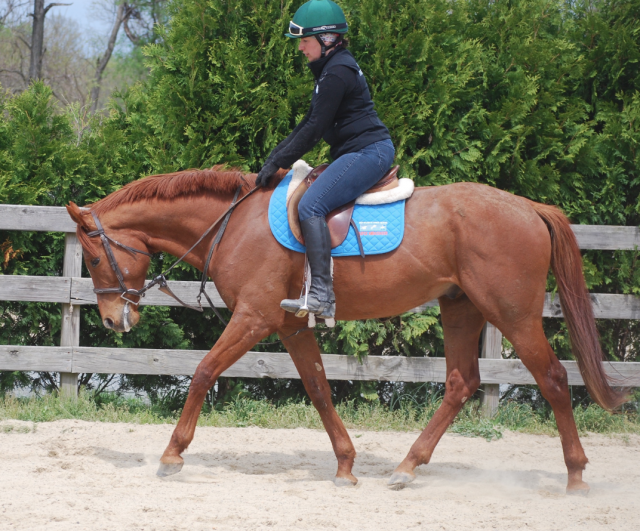 Halny is a horse who appears to have fallen into a bad situation after making his last start in 2016. In March of this year, Mid Atlantic Horse Rescue pulled him from a bad situation. Since coming to their farm he’s been gelded, given time to recover and then restarted under saddle. He has some remaining crestiness and can still act a little bit studdish when first meeting new horses, but quickly settles down and is a sensible guy.

It’s a bit hard to see from the under saddle photo, but if you watch his video you can see that Halny has a nice uphill build and a good over-tracking walk. He has a nice natural balance under saddle and has been happy and willing to learn. He’s sound and as an added bonus he’s currently barefoot! 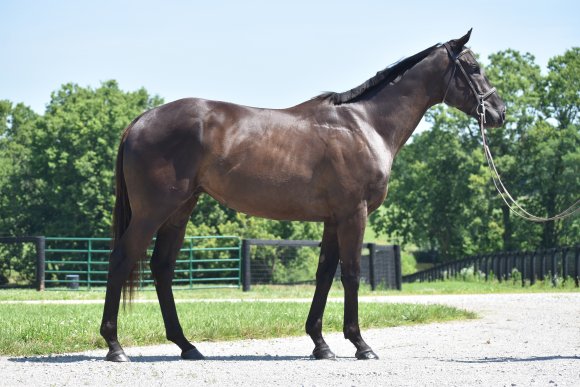 How about a horse with his own built-in theme song? This lovely little gelding known around the barn as “Lopez” was actually quite a successful racehorse. He made a total of 5 career starts and won a total of $112,654 in those races. Given that success, it seems likely that Lopez came up with injury after his last race, which was in October 2017. That said, the very reputable folks at New Vocations feel that he has no limitations for a second career and would make a great jumper or dressage prospect (so basically, an eventer!)

Lopez is the class clown around the barn and always wants to be the center of attention. Though he’s goofy and playful, he’s easy to handle. Under saddle he currently has a little more ‘whoa’ than ‘go’ but he’s proving to be a brave and quick learner.