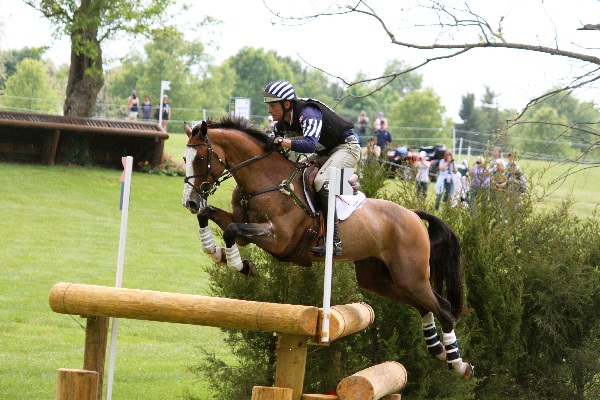 Yesterday I gave you the full Jersey Fresh CCI3* preview, but that’s not the only division with important WEG contenders. The CIC3* has a few horse and rider pairs that are worth keeping your eyes on, as they use this as a prep for Luhmuhlen, Saumur, and the WEG itself. This CIC3* could prove very influential as these riders enter the last selection stages for the summer months, and it’s going to be a very stiff competition!

While we all are excited to see Boyd compete this weekend, we might still be left waiting for our Boyd fix. Phillip is ready to take on the rides, and might still compete both Otis and Shammie this weekend as he continues to fill in for his friend in his time of need. We will just have to wait until the competition starts to see who is the jockey this weekend.

Boyd Martin & Otis Barbotiere: Otis was Boyd’s mount for the 2012 London Olympics, selected for his superior skills in all phases, but especially show jumping. Sadly, after smoking around the cross country course as first one out, he injured an ankle, and his Olympic journey ended sooner than expected. Otis has been slowly and meticulously rehabbed from that point, and returned to competition this spring at Pine Top. While Otis has looked incredible and sound this spring, his jockey has not! As we all know, Boyd went and cracked his leg open at Carolina International this spring, and had to spend quite a bit of time out of the saddle, rehabbing himself. Phillip took over the reins and Otis did his first Advanced back at Fair Hill a few weeks ago, winning the division easily. As Boyd has Otis entered at Luhmuehlen on the 12th of June, this is a very important competition for the two of them to get ready for their four-star return. I expect that if Boyd rides, he might be sharing some ice boots with Otis after cross country, as this will be his first competition back from breaking his leg.

Boyd Martin & Shamwari 4: Whenever you combine two four-star competitors that have achieved success in their own right, you’re guaranteed to get something interesting. Boyd hasn’t really had a chance to show us everything he’s got with Shammie, as he was thwarted by his darn leg earlier this year. The horse is incredible on the flat, and almost always wins the first day, and certainly knows his job in the other two phases, as an Olympic veteran. He was recently third with Phillip in the irons at Fair Hill in the CIC3* there, but this will be the first real test for Boyd and Shammie together. I don’t expect that Boyd will put the pedal to the metal here at Jersey, but keep an eye on them as they use this to prepare for Luhmuehlen alongside Otis.

Doug Payne & Crown Talisman: Doug decided this year to take a different route to becoming a team USA contender, bypassing Rolex to use his Land Rover travel grant and ship to France to try his hand at Saumur CCI3*, a course also designed by Pierre Michelet. Tali is an athletic freak of nature, and he has really come into his own in the last year, chalking up a 4th place at his first CCI3* at Fair Hill. This spring he has become a force to be reckoned with in all the phases, most recently scoring a 51.2 in his very first four-star test as Doug took the opportunity to school the Rolex atmosphere a few weeks ago. Again, this will not be the weekend when Doug lets out the hand brake, but I expect him to be right up there after dressage, and finish with just some easy cross country time on his score. 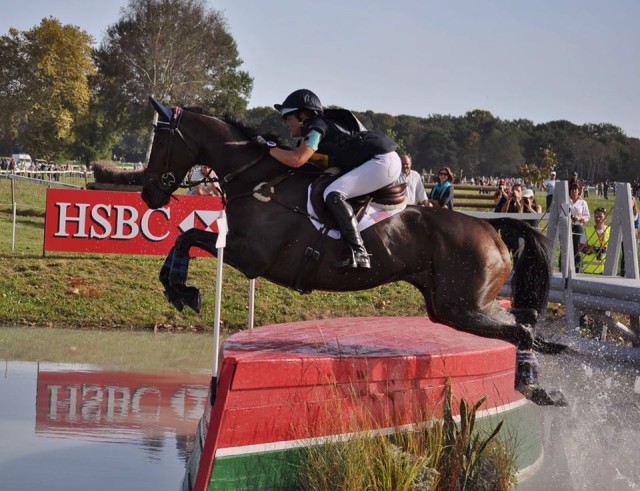 Lynn Symansky & Donner: How many horses do you know were double clean at both of their last two CCI4* competitions? Not many, but one of them is Donner. Bursting onto the scene last spring at his first Rolex with a fifth place finish on his dressage score, Donner quickly became the thoroughbred darling of the public eye. Lynn and the “flying deer” traveled to France last fall to compete at Pau and get a taste of Michelet’s courses, and smoked that one too, finishing in 13th place overall. This spring they took some time off competition due to some minor filling in a hind ankle, and this will be their first competition back, which is a little nerve wracking for Lynn, as most of the time you get an Intermediate horse trial out of the way at the beginning of the year. However, she’s going head first into this CIC3*, and using it as one of two runs to prep Donner for the WEG, for which he’s already fully qualified and definitely in consideration. The CIC format is historically difficult for Donner, who prefers to run a twelve minute cross country course in order to calm his nerves for show jumping, but I expect a good performance out of them nonetheless.

Ronald Zabala-Goetschel & Wise Master Rose: While not contending for a team USA spot, Ronald is still shooting for the WEG with both of his horses, representing Ecuador. Big Boy, as he is fondly known, was Ronald’s London Olympic mount, and has been around a few four stars in the past years, but they have not been back at the Advanced level since their unfortunate fall at Rolex in 2013. Ronald has spent some time in the past months battling his own health, as he had a very scary head injury last fall that has kept him on the quiet side of competition this spring. Luckily, he has been able to keep both of his horses fit with the help of his equine conditioning, spa and rehabilitation farm in Pennsylvania. Big Boy completed a Preliminary at Plantation a few weeks ago, but this will be their first real return to this level in over a year, and Ronald will be happy to have a good first run as he plans his road to the WEG.

Ronald Zabala-Goetschel & Mr. Wise Guy: This horse is, without a doubt, the love of Ronald’s life, and not without reason. They partnered together for a successful Rolex in 2009, but have not completed a full event at the Advanced level since that time, including a two year absence from 2011 to 2013. Wiseguy sustained an injury that was thought to be career ending, and Ronald has painstakingly devoted himself to reviving his beloved horse to the top levels. Last fall they competed at the Bolivarian Games, finishing with an individual silver medal in the one-star competition. This horse is an incredible athlete, and while he has not seen jumps this size in quite some time, Ronald has the utmost faith in him, and it would be thrilling to see his comeback here at Jersey as he aims for the stars, and hopes to qualify for the WEG.