This was a signification weekend for high performance eventing around the world as the 2018 World Equestrian Games looms less than a month away. The nominated entry deadline is tomorrow, Monday August 13, and are still waiting for team confirmations from heavy hitters including Australia, Great Britain and France. For many, this weekend was a last chance to impress selectors, so we saw great competition across the continent and the U.K. at Hartpury, Strzegom and Haras du Pin. 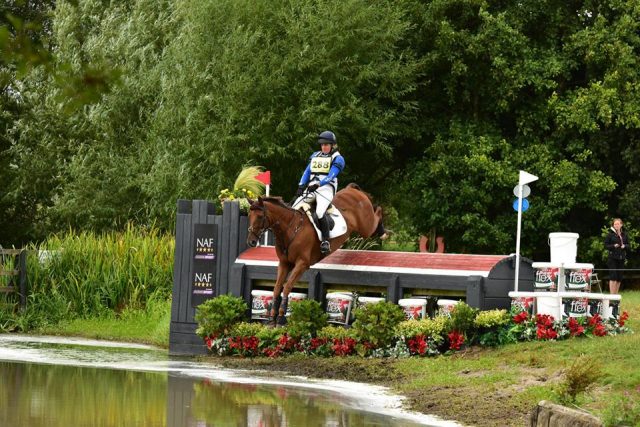 Tina Cook has had a bit of a rough year, but it looks to be turning right around as she and Billy The Red won the NAF Magic CIC3* at Hartpury International this weekend. She and Elisabeth Murdoch and Keith Tyson’s 11-year-old Baden-Württemberg gelding (Balou du Rouet X FBW Simply Red, by Stan The Man xx) were moved from fifth to first across the jumping phases adding just 1.2 cross country time penalties to finishing on a 26.8. Tina and “Billy” are both on Great Britain’s long list for WEG.

“Everything fell into place here, he nailed a good test because he is a world-class horse and I’m thrilled — it’s been a while since I’ve had a big win and it was a strong field. The ground was fantastic as was the course, and it was a great prep for the autumn events,” Tina said.

Super rounds from both Quarrycrest Echo and Vanir Kamira on XC @HartpuryHT. Both lovely clear jumping rounds and just 1 and 5 seconds over the time respectively to finish 2nd and 8th. Great runs to set them both up for whatever comes next….🤞 pic.twitter.com/hWEHYyoXVI

Sam Ecroyd and his own Wodan III came from outside the top ten to nab third place. The 15-year-old Anglo European gelding (Mr Concorde BJ x Tica, by Corland) had .8 time penalties added to close the weekend on 28.3 points.

In a leaderboard dominated by riders with goals of riding at the World Equestrian Games, Pippa Funnel joins the group after finishing fourth aboard Barbara and Nicholas Walkinshaw’s Billy Walk On, a 9-year-old Anglo European (Billy Mexico x Shannon Line, by Golden Bash). The pair finished on 31.2 points.

[Cook is back on top] 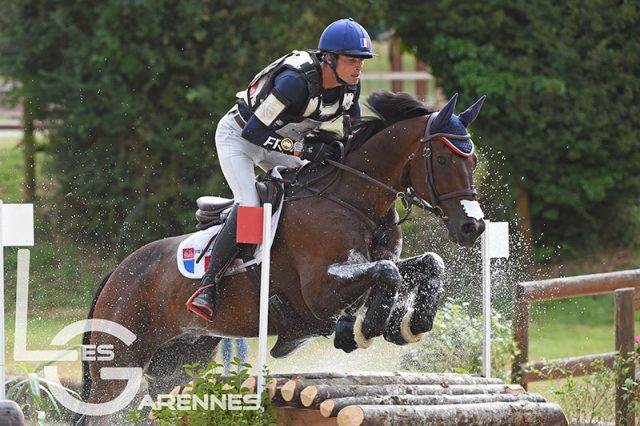 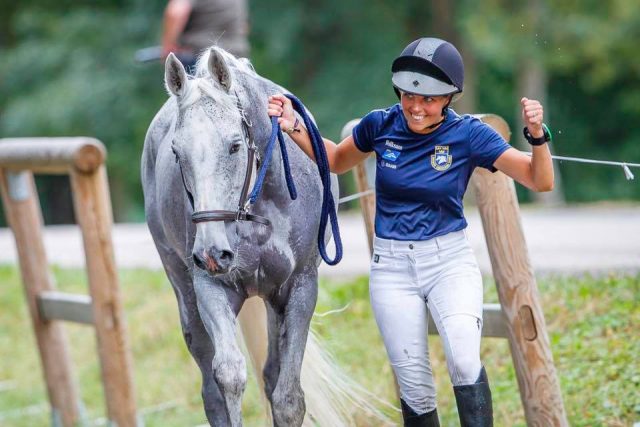 Louise Svensson Jähde, who has already been named to the Swedish team, and Waikiki 207 secured a clear show jumping round Sunday which moved them from fifth to second overall. The 12-year-old Holsteiner (Quinar x Sila, by San Patrignano Cassini), who is owned by Louise and Hans Thomsen, also finished on his dressage score of 29.4.

Great Britain’s Laura Collett and Mr. Bass earned a smashing third place finish with only 1.6 cross country time penalties marring and overall result of 30.4. This result is a shining addition to the 10-year-old Holsteiner’s (Carrico x K-Jeunesse, by Exorbitant xx) glowing resume as we await the finalization of the British team.

Andreas Ostholt and Eckl Wolf-Dieter’s Pennsylvania 28, an 18-year-old Hanoverian (Pik L x Winona, by Waldstar xx) finished fourth with a score of 30.4, and Richard Coney (GBR) was fifth on 30.6 aboard his own Kananaskis.

Potential Australian representatives in France this weekend included Emma McNab with Fernhill Tabasco, who finished 17th after having one pole down (35.4), Chris Burton with Cooley Lands, who finished 58th after 13.2 time penalties and one rail (45.5), and Robert Palm with Koko Story who finished 64th (51.4).

Looking to the team standings, France won gold in front of the home crowd, followed by the Netherlands for silver and Germany earned bronze. 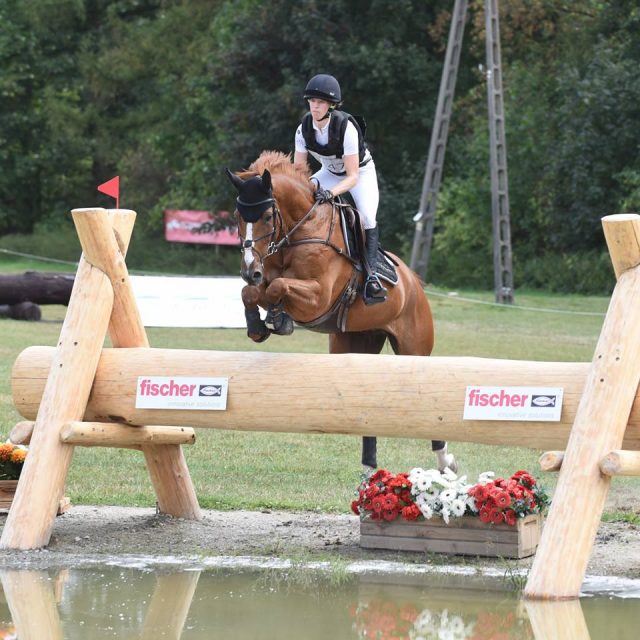 Reigning world champion Sandra Auffarth had a foot perfect weekend in the CIC3* class with Nikolaus Prinz von Croy’s Viamant du Matz. She and the 9-year-old Selle Francais stallion (Diamant de Semilly x Heralina, by Voltigeur le Malin) were the only pair to manage the time on cross country, and they kept on their dressage score of 28.8—a result which earned them the spot as first reserve pair for the German team at the World Equestrian Games.

“I had a great feeling yesterday in the cross country and I was very proud of my horse. I had a good feeling about the showjumping, because my horse is a good jumper. I’m very very happy, my test went really good for me and my horse. I think the showjumping course was quite difficult, but it made it exciting and fun to watch for the audience,” Sandra said.

Both Andreas and Ingrid were named to the German WEG team shortly after the conclusion of show jumping. You can read the team announcement at this link.

A post shared by MichaelJungOfficialNews (@michaeljungofficialnews) on Aug 11, 2018 at 10:44pm PDT

Kai and Colani Sunrise, a 12-year-old Oldenburg (Chico’s Boy x  Larissa, by  Laudatio) owned by Bernhard Reemtsma. 15.6 time penalties were added to their dressage score for a weekend result of 45.8.

Fresh off their win at Aachen, Julia and Chipmunk FRH, a 10-year-old Hanoverian (Contendro I X Havanna, by Heraldik I) owned by Dr. Hilmer Meyer-Kulenkampff had the same finishing time as Michael and Roxy, but also had to poles in the show jumping for a final score of 48.4. 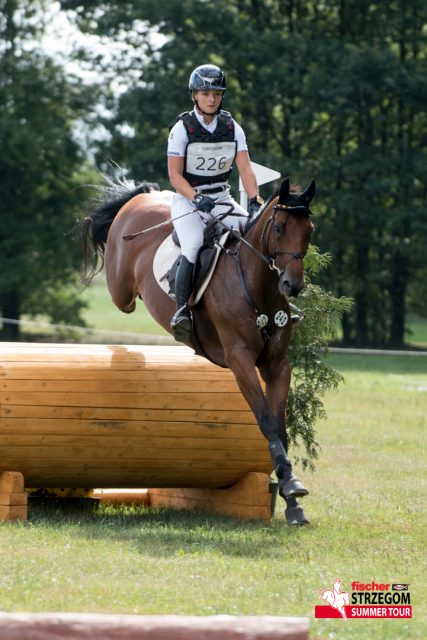