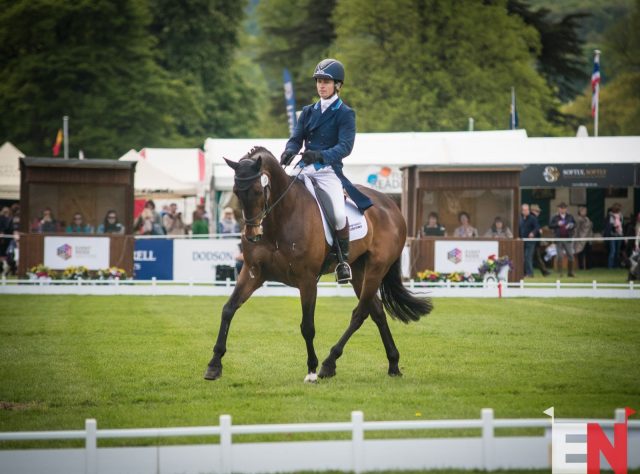 While the home front team is busy with all the action at Jersey Fresh, EN’s UK division has jetted up to the North (or the Midlands, depending on who you ask) for the Dodson & Horrell Chatsworth International Horse Trials. One of the premier events in the United Kingdom, Chatsworth is set in the rolling Derbyshire dales at the seat of the Duke and Duchess of Devonshire. It hosts several CIC3* sections, including our primary focus here this weekend: the first leg of the 2018 Event Rider Masters series. So what do you need to know?

Why is it important?

Winners of Chatsworth’s CIC3* divisions have historically gone on to seriously impressive careers at the upper echelons of the sport. In fact, if you look back at the list of winners, there isn’t really a single one who could be considered an ‘also-ran’ in the annals of the sport – we’re looking at huge names like Seigneur Medicott, ridden by Bettina Hoy (winner of section C last year), Astier Nicolas and Piaf de B’Neville (ERM, 2016), Padraig McCarthy and Mr Chunky (section B, 2016), who were so impressive in their first Badminton last week, the legendary Mr Cruise Control, ridden by Andrew Nicholson (2013), Mary King‘s Call Again Cavalier (2007), Primmore’s Pride (2004), with whom Pippa Funnell scooped the first Grand Slam – the list really does go on and one. We can safely assume that a horse who’s capable of winning a CIC3* section here is onto something big.

It’s all about speed at Chatsworth – according to EquiRatings, only five combinations have made the time here out of the last 1000 starters. This, combined with the loss of the multiplier, means that we’ll see a seriously exciting leaderboard shift as the competition reaches its climax in the cross-country phase.

How is the ERM different?

Run in the same format as a traditional CIC3* – dressage, showjumping, and finally cross-country over two days, the Event Rider Masters series aims to spice up the one-day international format and make it seriously exciting for both competitors and spectators. With a £50,000 prize pot per leg, it’s the richest competition at this level, with the added incentive of a hefty bonus at the end of the series, when a final podium is decided based on points accumulated through the legs.

Competitors are able to choose two songs to perform their dressage test to – more on this later – which jazzes up CIC3* Test B to no end, and the competition is restricted to the top 40 entrants based on FEI points. These entrants are then seeded, based on combined points with their horses – so, for example, the highest-placed rider on the FEI rankings is Tim Price, but he’s in Group C, rather than Group A, because his mount, Xavier Faer, has relatively few points. Group A sees our top-ranked horses and riders, while Group D is, in theory, the less-experienced group – although dark horse performances can always come through in these lower groups.

Once the competition gets to its final phase, the cross-country, things start to get really wild and wonderful. Combinations ride in reverse order of merit, with the podium revolving and changing as riders usurp one another for the top spot on the throne.

How can you tune in?

This is, perhaps, the best bit of the ERM, especially if you’ve ever battled an errant livestream or had to live without commentary through hours of dressage tests. The entirety of the competition can be livestreamed for free on eventridermasters.tv or on the Event Rider Masters Facebook page, with colour commentary provided by Nicole Brown, EquiRatings’ Diarm Byrne, and a constantly-changing cast of riders, trainers, and industry professionals. You’ll hear from the riders, too, after every round, with on-the-nose interviews, and you can get a glimpse into what it takes to get a horse to this level with behind-the-scenes shots of the action and, of course, the stunning setting.

But you needn’t just watch – you can get involved, too, by using the #ERMeventing hashtag to join the conversation, the #supergroom hashtag to vote for the groom who you think has done the best job with their charge, and the innovative SAP judging app to mark the tests as they’re performed and see how your scores compare to the judges’. Sound a bit of an odd pastime? We promise you, it’s seriously addictive. You’ll be scoring your own rides in your head for days afterwards.

Get involved with all the ERM action via the SAP Spectator Judging app. Download now from the App Store FREE . . . . . #ermeventing #sap #eventing #chatsworth

We’ll be bringing you full reports, as well as live Twitter updates, throughout the competition – which at lunchtime was led by Britain’s Francis Whittington and Hasty Imp on a score of 27.9. He was caught up by Laura Collett and Mr Bass putting in a 25.3 and they hold the overnight lead. Stay tuned for more.