What’s in Your Arena? is an EN series sponsored by Attwood Equestrian Surfaces in which riders show what training exercises are set up in their ring. This week, however, let’s do something a little different and take a tour around Wollman Rink, venue for the Central Park Horse Show! 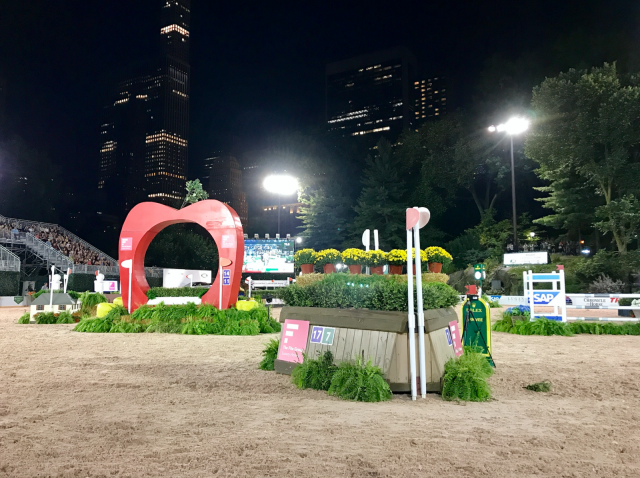 From late October to early April, Central Park’s Wollman Rink is open to the public for ice skating in addition to hosting hockey and figure skating events. But for one week in September it is transformed into a horse show venue, this year including the inaugural U.S. Open $50,000 Relay Arena Eventing competition.

The logistics that must go into pulling this thing off boggle the mind — I’d love to see a time-lapse video. In addition to laying footing and setting up grandstands, a great deal of energy goes into the jumps themselves, which are beautifully designed and creatively decorated.

The centerpiece of the Arena Eventing course was of course this keyhole fence: 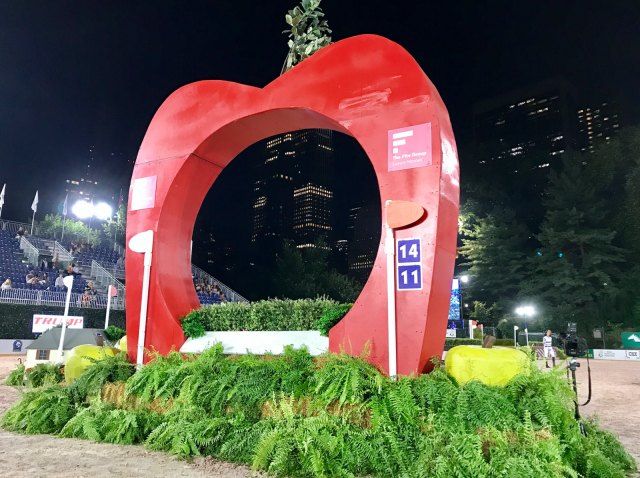 A few more of our favorite New York themed obstacles from the Grand Prix and Arena Eventing courses: 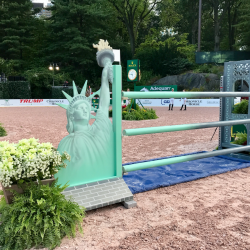 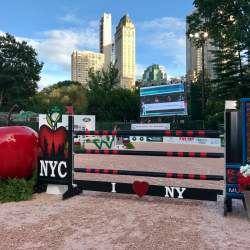 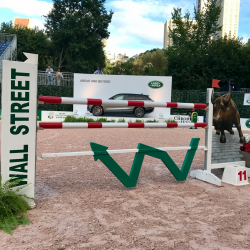 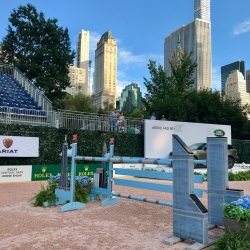 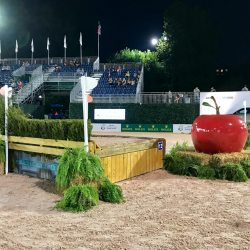 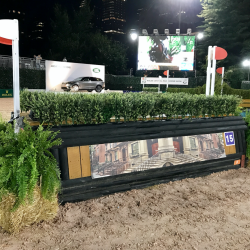 If you’ve been out on the cross country course at Tryon International Equestrian Center, you might recognize a few of these jumps, which arrived at Wollman Rink at around midnight the night before.

“We brought all of the jumps in last night, after they were driven up from Tryon,” explained Michael Stone, President of International Equestrian Group, after the class. “We then had to set the hunter jumps up, and when the hunter competition was done today, we had to set these jumps back up. We had no space to do that because we are pretty limited, so it is all like a rubix cube of sorts.” 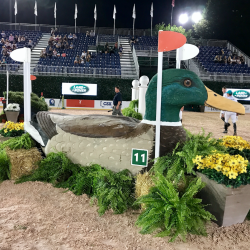 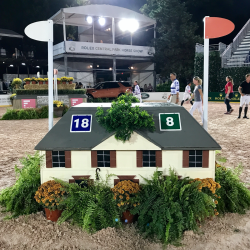 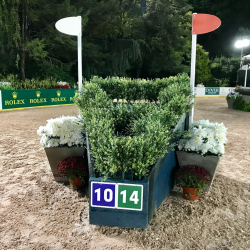 Very cool! Check out our recap of the event here.