We’re pleased to introduce a new series presented by Merial which will catch up with horses who have retired from a successful eventing career. If you have a horse you’d like us to profile, please email [email protected]. We begin our series with Wonderful Will, an OTTB gelding campaigned at the upper levels by Mike Winter and Michael Pollard. 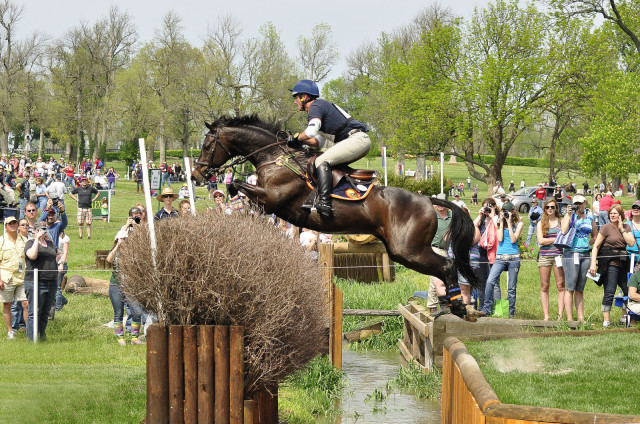 Wonderful Will and Michael Pollard on their way to a clear round at Rolex Kentucky 2011. Photo by Leslie Threlkeld

Mike Winter and Michael Pollard enjoyed many career highs aboard Wonderful Will, a 15.2hh 1997 off-the-track Thoroughbred (Woodman – Shir Dar (FR), by Lead On Time). With Mike Winter, the dark bay gelding competed through the Advanced level before moving to Michael Pollard in 2010. Together, Michael and Will completed Rolex in 2012 and collected numerous top placings at the Advanced and three-star level.

Wonderful Will began his eventing career with Emma Winter in 2001, quickly showing his prowess for the sport and progressing through the levels. After being piloted by Emma and, later, Drew Schwartz, Will began campaigning at the upper levels with Mike Winter beginning in 2003, when the pair took home a second place finish in the Preliminary division at Champagne Run.

Toward the end of his upper-level career, Will, owned by Nathalie Pollard and Sher Schwartz at the time, carried Michael Pollard to his second CCI4* completion at Rolex, his last event before retiring to the lower levels.

After Rolex in 2012, Will moved on to Macy Carman, who competed the gelding at the Novice and Training level for the remainder of the 2012 season.

Now, Will is enjoying his retirement with Jamie Delaney in Tennessee. “I worked for Sher Schwartz at the time (Will) was retired,” Jamie said. “The girl who’d been riding him was going to college, and I’d had to put my horse down so I was without. I worked as a groom for Sher for about a year and a half, and in 2013 she asked if I’d be interested in taking Will.”

Jamie had actually known Will for quite a while, having also worked for Mike Winter when he was competing the gelding. “It was just really neat that I’d seen Will back when Mike had him, and for him to end up with me felt like it was the right thing.” 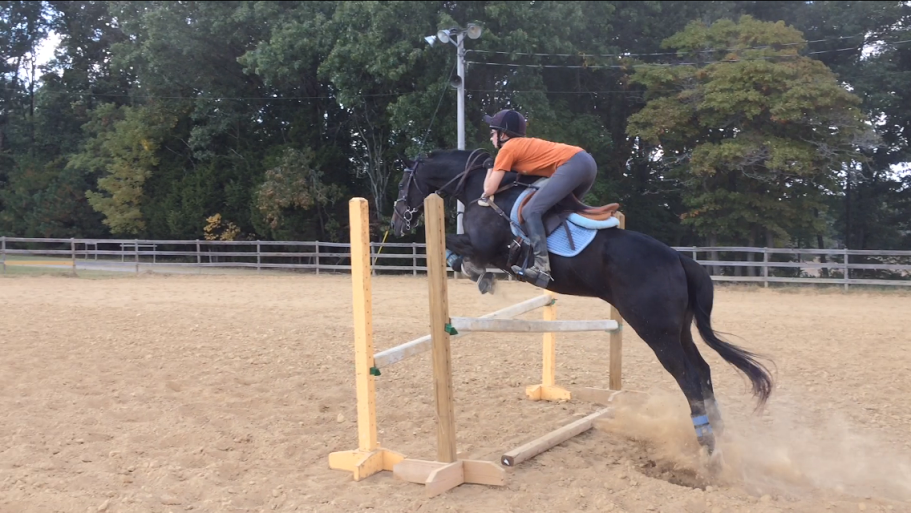 Will enjoying his “retirement” in Tennessee. Photo courtesy of Jamie Delaney.

Jamie’s goal for Will was to be able to learn what he had to offer. “He’s definitely different from what I was used to, but it was a good thing,” she said. “I’ve really been able to learn from him.”

While Sher still owns a part of Will, he calls Clarksville, Tennessee home now. Turning 18 in February, Will still possesses the same athleticism that allowed him to compete at the top levels of the sport. “He still loves to jump,” Jamie said. “He sees a jump and wonders if he’s supposed to jump it!”

Sher’s intentions for Will at retirement were to keep him happy and healthy, a task Jamie is perfectly obliged to handle. “He’s been sound, and we’ve really had no issues at all with his health. He’s happy and full of personality, and we love having him around.”

Will’s still got the work ethic that many event horses have, taking pleasure in remaining in consistent work instead of sitting around in a pasture. Living with Jamie, he’s able to get out five or six days per week, working on conditioning and keeping him happy and entertained.

“I think he’s got a lot in him still,” Jamie said. “You wouldn’t know his age looking at him; if he could, he’d probably be out there running events still.”