Where Are They Now is an EN series presented by Merial that catches up with horses who have retired from a successful eventing career. If you have a horse you’d like us to profile, please email [email protected] 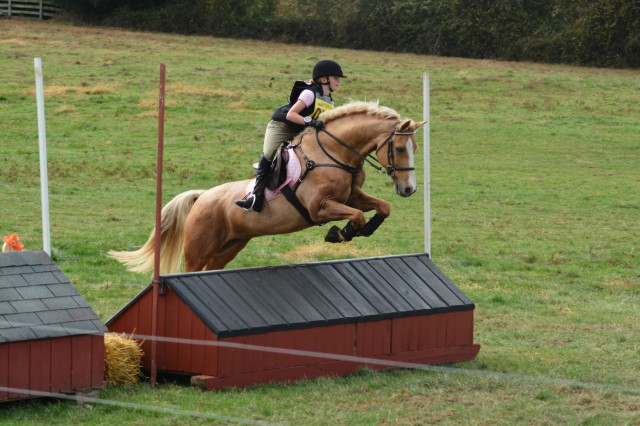 Emma Keahon & Wil’Ya Love Me competing in the Novice Three-Day at Waredaca. Photo by Kate Samuels.

Wil’Ya Love Me is a notorious palomino pony who used to storm around an Advanced cross country course like he owned the place under the guidance of Courtney Sendak. Partnered together from the very beginning, “Willy” and Courtney came up the levels, finishing in 2012 at Advanced. They competed together for over nine years, but after retiring from the upper levels, Willy has found a new calling in a younger generation.

By the famed Connemara stallion Grange Finn Sparrow, Willy has always been quite the character, and coming in at 14.3 hands, he fulfills all the pony requirements, plus the freakish skill for Advanced level jumps. Courtney has been delighted to find him a new job and still has a great time running around cross country and watching him tear it up. Yesterday, as Emma Keahon took him around the Novice Three-Day course, her cheers of “GOOOO WILLY!!” could be heard up and down the fields.

This year, when Emma’s coach encouraged her to find a mount that would help build her confidence, she came upon Willy as an option to lease. Only partnered together for a short few months, they have formed a great bond, and Emma adores him. Willy completely takes care of her when it’s needed, but at 18 years of age, he still has his naughty moments and pulls some spectacular above-the-airs before the start box.

Here at Waredaca, they are contesting Emma’s first three-day event, and Willy’s tenth. They scored a 35 in dressage, placing them in 15th, but galloped to a double-clear on cross country, which moved them up into 10th. Emma is confident about the show jumping and hopes that this will set her up nicely to move up to Training level next spring. Ideally, she would like to spend 2016 at Training and come back to Waredaca for the Training Three-Day in the fall.

I had the honor of interviewing Emma yesterday while Willy dragged her around in search of grass after cross country. Thank you to Emma for the time, and good luck tomorrow! 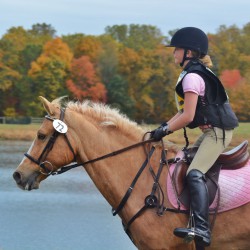 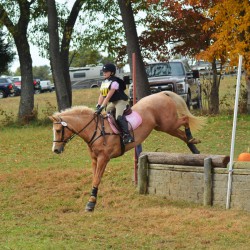 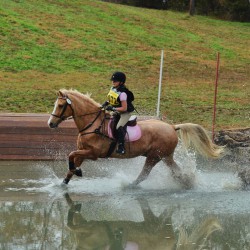