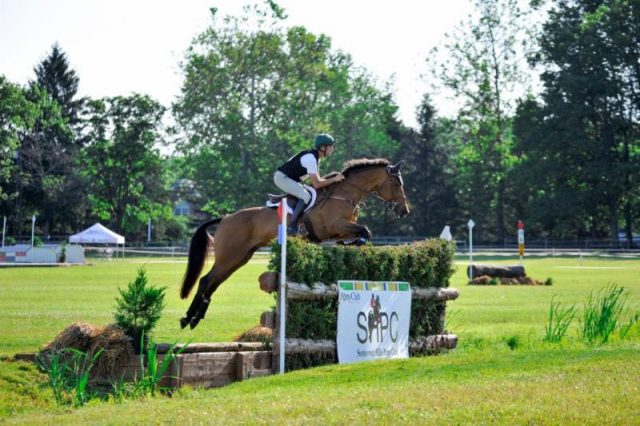 If you read our MARS Essex By The Numbers, then you can go ahead and skip this story (kidding) because it ends just as we predicted: with Will Coleman and Obos O’Reilly winning the Advanced.

This weekend wasn’t the competitors vs. one another; it was everyone against Mother Nature. After competition was abandoned Friday due to unrelenting rainfall, the Essex staff, volunteers and supporters worked around the clock to give horses and riders the best possible experience. Ultimately, course designer Morgan Rowsell elected to shorten the course to 19 fences due to the conditions.

Will and Four Star Eventing Group’s 16-year-old Irish Sport Horse led the pack after Saturday’s show jumping, and continued Advanced domination yesterday as they added only 6.4 time penalties on cross country. That had them finishing on a score of 42.1 — a whopping 17 points ahead on the leaderboard.

“My horse is like an old shoe. He just feels comfortable and familiar. He’s been with me since he was four years old. He’s been a wonderful horse for me and it’s great for him to get the win,” Will said. “It’s my first time competing here. I thought the event was wonderful. It has everything you want in a marquee event. It’s got atmosphere, a great cross country course, a beautiful turf and great going. I think it’s wonderful to go full circle back to this area and I hope it can continue for a long time to come. It’s such a special event.” 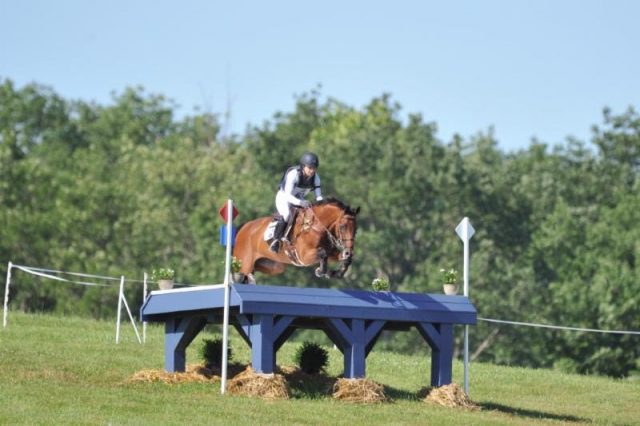 Missy Miller and her own Quinn proved this weekend was one for the tough mudders, as they started in 30th before jumping to 9th after show jumping and finally second place at the end of cross country. They added 13.2 time penalties for a three-phase result of 59.8.

“It was such a great weekend. I love the horse trials here, they do such a great job,” Missy said. “My horse tried really hard all weekend. He is amazing. The course rode really well, the striding was great along with the combinations. It such a beautiful venue. I love to compete here.”

Third place went to Megan Kepferle and the Rogue One Syndicate’s Anakin. This duo had 21.1 time penalties, but no jumping penalties in their debut at the level for a final score of 61.5.

Jessica Phoenix was both fourth and fifth with Watson GS and Wabbit, respectively. Watson GS aded 20.8 time penalties and Wabbit had 18.4.

Six additional riders withdrew before the start of cross country, and there were two rider falls (Melissa Boutin and Tessa Bennett), giving us nine finishers. 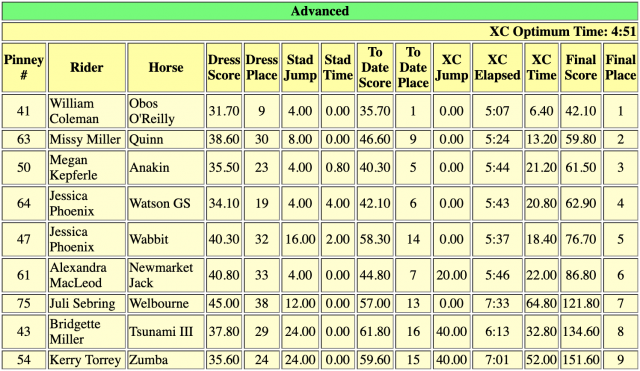