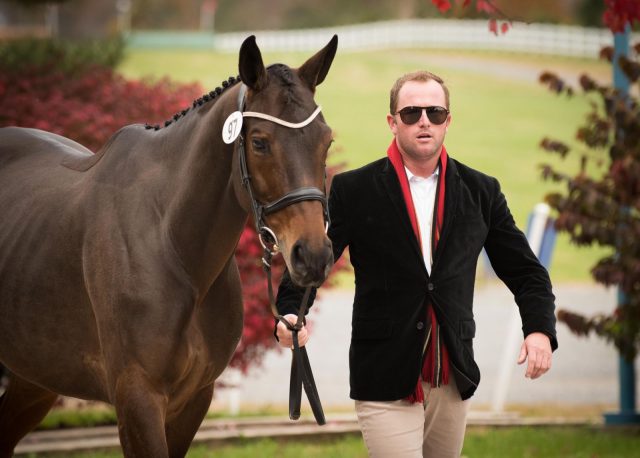 Will Faudree and FRH Ramona. Photo by Leslie Threlkeld.

The Virginia CCI/CIC & Horse Trials have a packed house this weekend between their national levels, FEI divisions and a three-way tie for the USEF CCI* Eventing National Championship. Will Faudree currently leads the pack in the CCI2* with FRH Ramona.

The 8-year-old Hanoverian, who is owned by Jennifer Mosing and Sterling Silver Stables, was sourced by Francesca Pollara in Germany before finding her place with Will. Now, they’re polishing all the pieces, producing a score of 26.8 to lead the division.

“She can be very, very hot. She’s just gotten better each test this season. She really wants to please and wants to do things right but is very sensitive,” Will said. “[Recently], most of my tests were just going in and trying to keep it quiet and steady as possible. Today I felt like I’m starting to be able to ride her in the test and not just keep the lid on her.”

Terrain is always an influential factor at VHT, and riders, including Faudree, have to keep a careful eye on their gas tank while they navigate Andy Bowles’ challenging course. 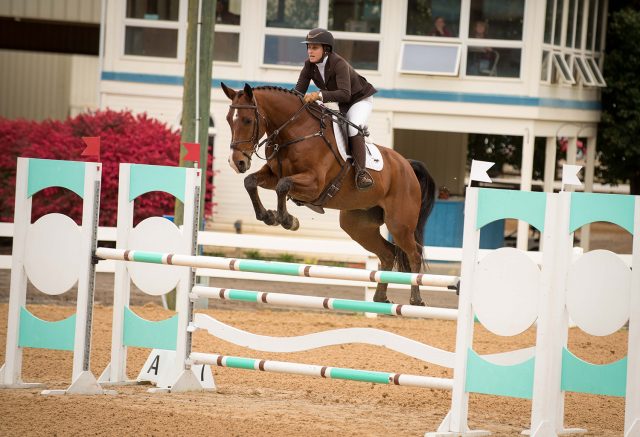 Rebecca Brown and Dassett Choice jumped straight to the top of the CIC2* after textbook performances in the first two phases. She and the 9-year-old Dutch Warmblood danced for 29.3 and added nothing to it across Chris Barnard’s show jumping test.

“There is always more that you want and I still think there is a lot more in there for him, but he’s so professional. He makes my life really easy in there. He’s never wanted to touch a pole– if I ever have a rail, it’s my fault,” Rebecca said.

Dassett Choice joins the ever-growing group of top horses coming out of Kate Rocher-Smith’s Dassett Eventing in the UK. Joe Meyer introduced the pair, and it’s been smooth sailing since.

“He’s always been talented but I really liked his eye. He has a really soft, kind eye and I had ‘that feeling’ when I rode him,” Brown said. “I saved up money and then put a group of owners together and we bought him… we trotted our way around our first Novice. We’ve done everything together ever since.” 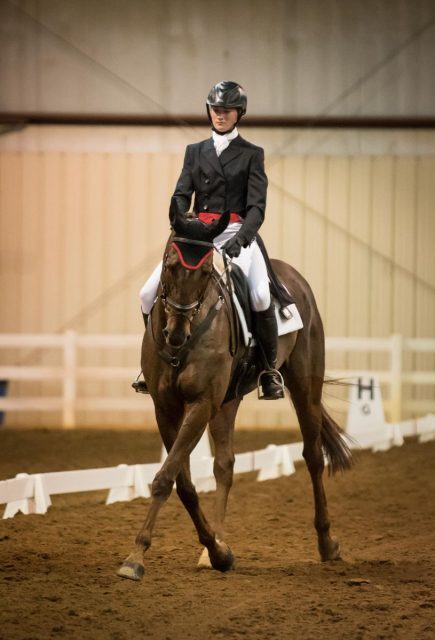 The one-star divisions are already competitive enough at VHT, and introducing a few national championships adds an extra level of excitement to the mix.

As leaders of the CCI*-B division, Kelsey Ann Quinn and Dandy Longlegs also head up the USEF CCI1*-JR/YR Eventing National Championships. The 16-year-old rider piloted the 12-year-old Thoroughbred to a 27.7 in the first phase.

“We’ve been working on better lengthenings and trying to have a good consistent ride and keep him as calm as possible. He couldn’t have been better,” she said.

Three riders earned a 28.3 for a three-way tie in the division as well as atop the USEF CCI1* Eventing National Championship. It’s split between Ariel Grald with Monbeg Game Face, Sharon White with Highlife’s Je T’aime, and Colleen Rutledge with C Me Fly.

Meanwhile in the CCI*-A group, Ryan Wood sits in the top spot with Summit Sporthorses’ Ruby. The 9-year-old Oldenburg, who is a half sibling to Ryan’s CCI3* ride, Powell, earned a 22.6 on the flat. Because Ryan rides under the Australian flag (though he has been invited to join the stars and stripes squad unofficially by EN), he’s not in contention for the USEF CCI* Championships this weekend, but he’ll still be hunting the win in this one-star class.

The upcoming jumping phases will prove extremely influential for this championship, which is awarded to the highest-placed U.S. rider who is at least 22. They’ll set out on the cross country course today at 1 p.m.