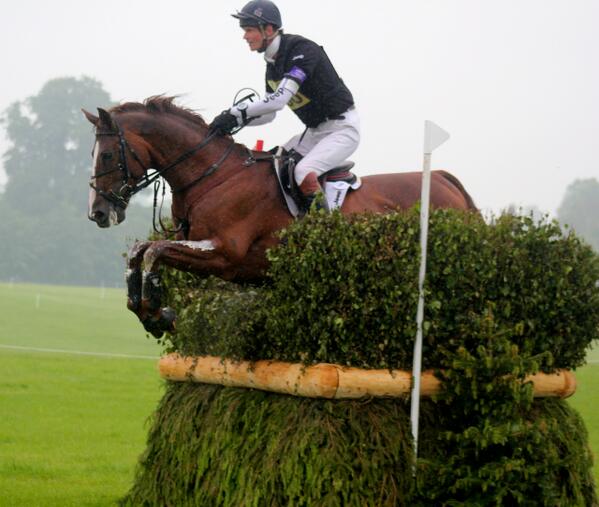 William Fox-Pitt and Chilli Morning. Photo by Samantha Clark for PRO via Twitter.

The cross country course, as with the show jumping, proved to be sorely influential today as the weather failed to hold up and the footing deteriorated. The organizers did the best they could, removing fences 15, 16, and 17 after they caused multiple falls throughout the day.

William Fox-Pitt and Chilli Morning added just 5.6 time to their score to take home the win. The majority of the horses who completed did not have any trouble besides time on course, but six pairs were eliminated on course, including Clark Montgomery and Universe, who had a fall on course. PRO has just spoken with Jess Montgomery, who gave the following statement: 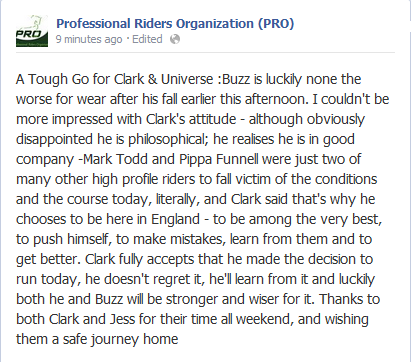 We are all relieved to hear that both Clark and Buzz appear to be fine after their parting of ways, but we are equally gutted as this will no doubt seal the door on Clark’s WEG aspirations. We respect Clark for all that he has done to represent the US in England, and we know he will be back swinging for the fences to represent the US in a team environment in no time at all. We’re all pulling for you, Clark! 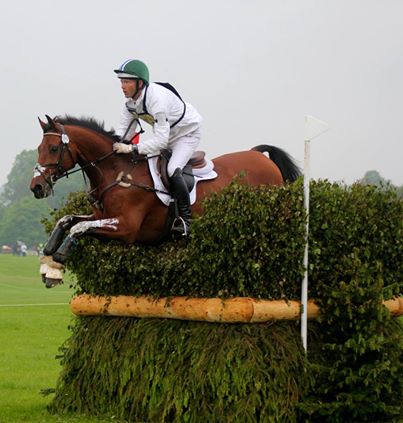 As Ireland did with their home turf event at Tattersalls last weekend, Great Britain dominated the standings when the dust settled today. Belgium and Ireland each had a rider finish in the top 10: Karin Donckers and Fletcha Van’t Verahof and Austin O’Connor with Fernhill Rock Star, who finished third and fourth respectively. Australia’s Caroline Powell also pulled out an 11th place finish aboard Onwards and Upwards, moving from 27th after show jumping.

Once again, I must thank PRO and Samantha Clark for their wonderful coverage of Bramham. Without eyes on the ground, it is difficult to get information quickly, and we truly are grateful to be able to work with PRO to help bring you updates as quickly as we can. Many thanks, PRO!