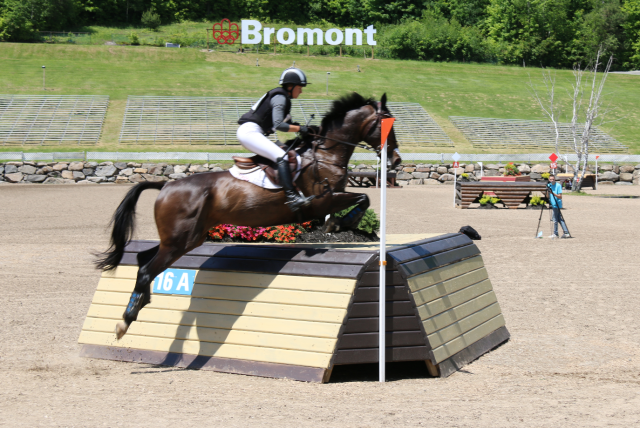 Erin Sylvester and No Boundaries. Photo by Leslie Wylie.

Several riders came to Canada this week looking for a bit of redemption and many of them found it today on Derek di Grazia’s big and bold but fair course. One of them was Erin Sylvester — despite the fact that No Boundaries is one of the most talented cross-country courses in the country, success at the CCI3* level has been eluding the pair of late. Erin fell at Rolex this year, collected 20 at Fair Hill in the fall and ran into a bit of trouble on course at Burghley before that.

“I haven’t had a good CCI finish in two years — we just keep making mistakes,” Erin told me yesterday evening. “So I just need to have one under my belt.”

They accomplished as much today, zipping around the course and into the lead as one of only four riders to make the time (the others were Jessica Phoenix and A Little Romance, who moved into second, Cody Sturgess and Imperial Melody, and Holly Payne and Never Outfoxed). The course rode like a dream for the bulk of the riders and time became a major factor as a result. Dressage leader Mackenna Shea slipped into third when she collected 13.6 time penalties but she should be thrilled with her solidly successful ride nonetheless.

It’s always a good day when everybody makes it through the finish flags safe and sound. Derek di Grazia’s course was pretty special in its ability to test without punishing. Even when horses got into a bit of a tight spot… 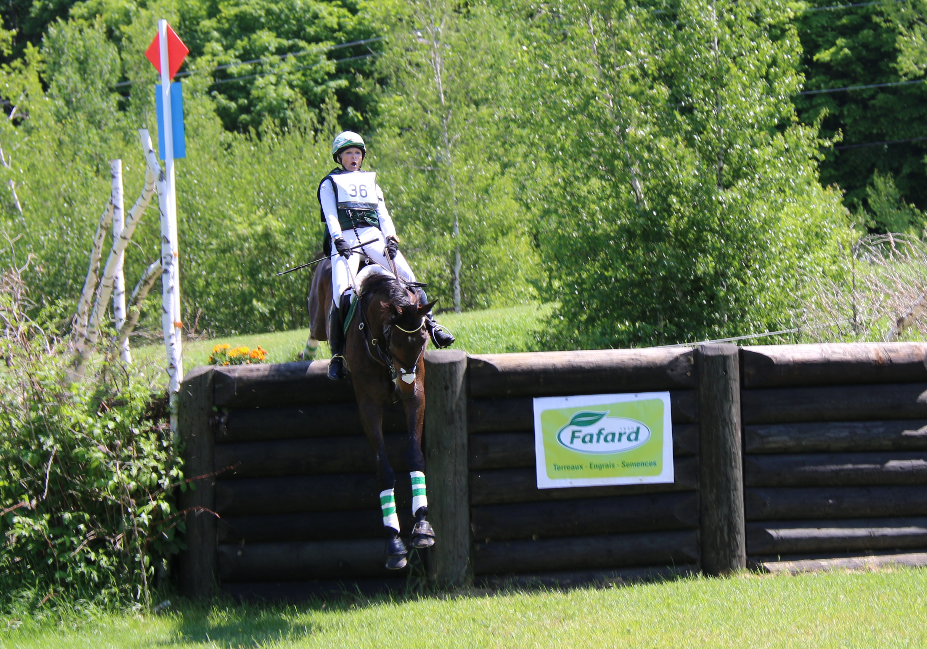 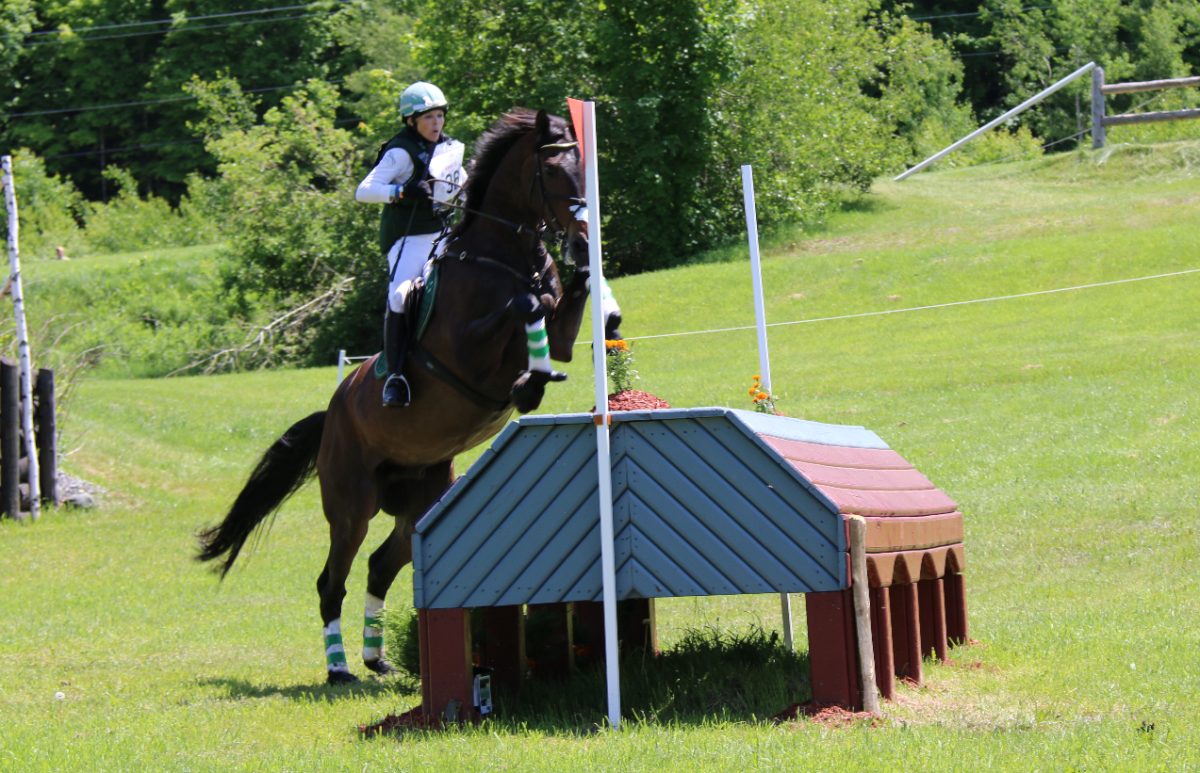 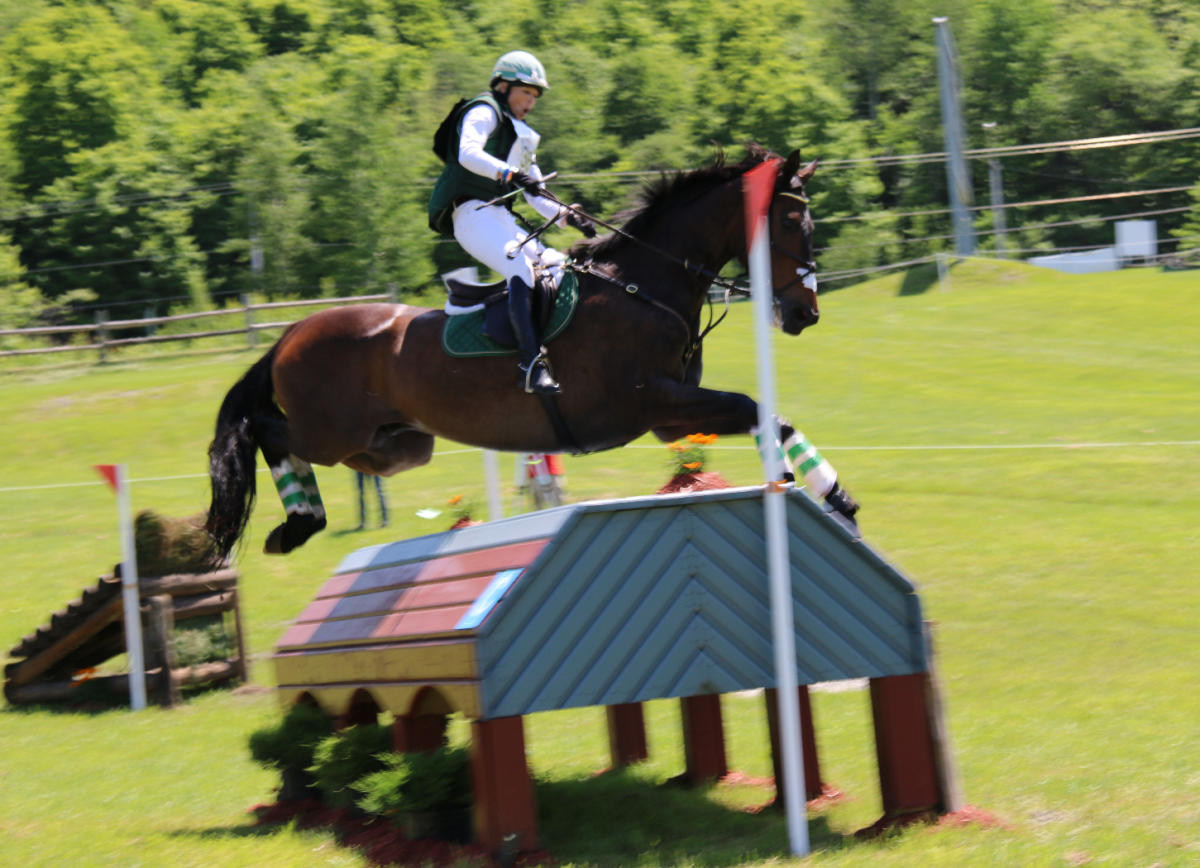 …they seemed able to scrap their way out of it. I’m running out to shoot the CCI2* which is getting underway… more soon! Allez Concours Complet! 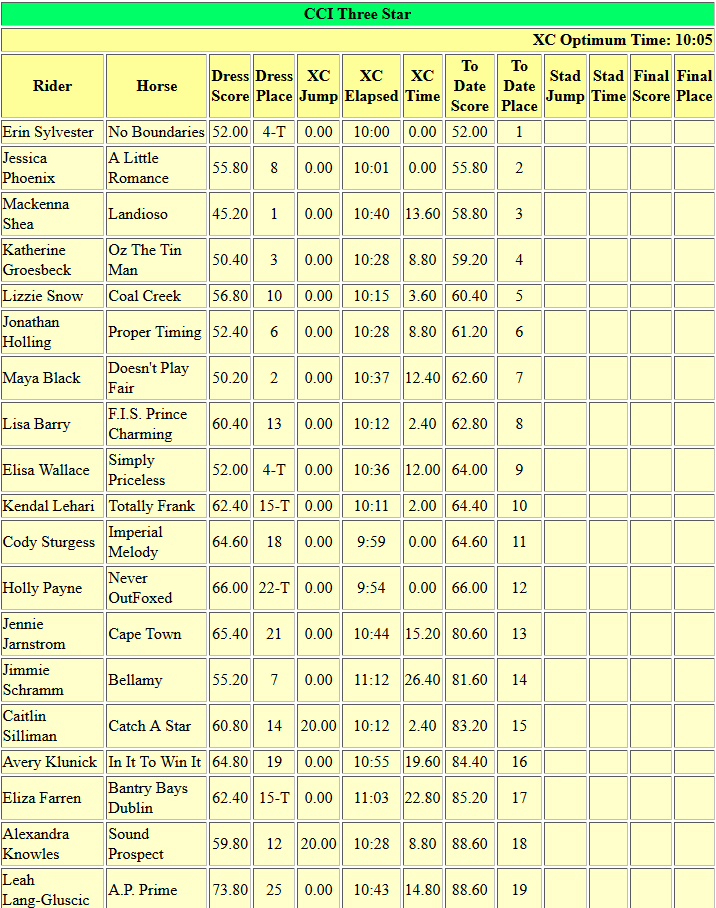