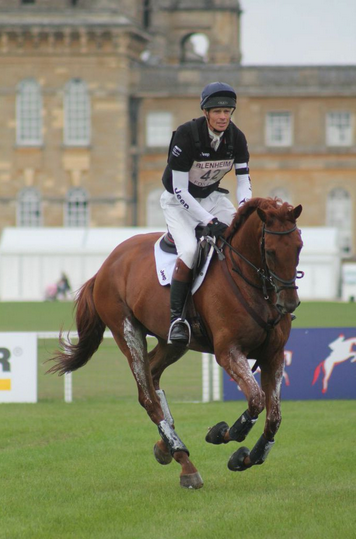 Eric Winter’s CCI3* course claimed plenty of victims today, and it was William Fox-Pitt and Freddie Mac who emerged unscathed to take the lead after laying down a professional double clear round. This is the 10-year-old gelding’s second CCI3*; he finished third at Bramham in May, and he’s shown marked improvement on his score from his first start, where he finished on a 46.2.

William and Freddie are poised to take home the win tomorrow, but they have just a .8 advantage over Francis Whittington and Easy Target, who picked up 1.7 time penalties, which was quick enough to slide them into second place on a 38.8. This is Easy Target’s first CCI run since retiring at the mud-pit that was Badminton this year. Francis also moved up from 13th to fourth aboard Fernhill Highlight. #WheresWhittington? Galloping clean and fast across country like it’s a stroll in the park.

Tim Price was finally able to enjoy a clean cross country round after encountering a streak of bad luck at WEG and Burghley, bringing home Ringwood Sky Boy double clear to go into third on a 41.8. 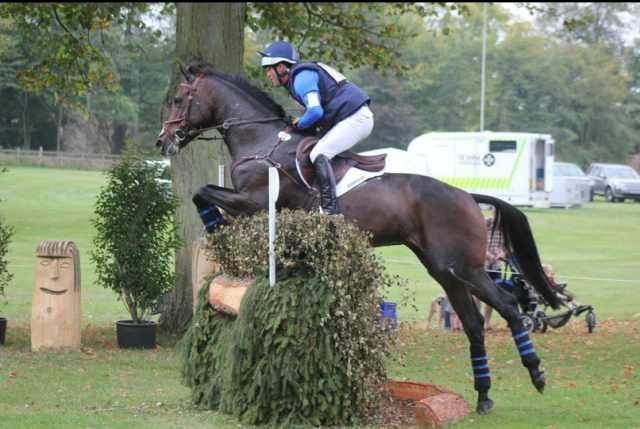 Phillip Dutton enjoyed a fast and clear round with Fernhill Cubalawn, rocketing up the board from 20th to ninth after cross country with just 3.2 time penalties. Phillip posted on his Facebook page that “Cuba handled it like a total pro, and he surprised me a bit at the start box, being totally relaxed and with his ears flopping around. He felt great at the end and was still full of gallop. All credit goes to the horse and how he’s been educated by Alex Green, and I think he’s a good horse for the future.” 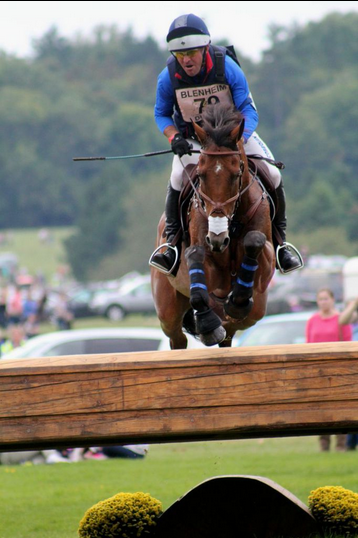 Overnight leaders Andrew Hoy and Cheeky Calimbo picked up 20 penalties at fence 23, the Cotswold Stone Houses, which caught a couple of other riders out as well. You can get a look at the fence in the video below. Andrew will drop down to 30th place after the unfortunate runout on course today.

Sitting in second overnight, Emily King had a heartbreaking fall at the second fence on course, the Biffa Archway. We’ve not received word yet on Emily and Brookleigh’s condition, but we will provide more information as it becomes available. 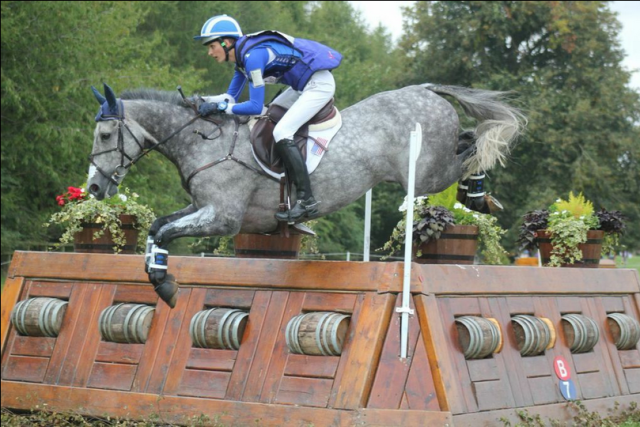 The remainder of the American contingent had issues crop up throughout the day as well. Jacob Fletcher fell from Atlantic Domino at fence 15, the Countrywide Splash and Dash, after a hold on course. We’ve confirmed that both Jacob and Domino were up and ok, which is a huge relief. 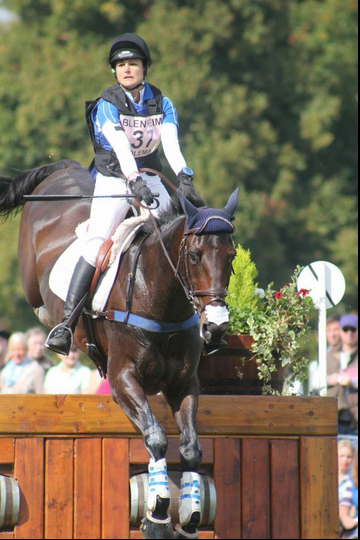 Katherine Coleman and Courage Under Fire and Phillip Dutton and Fernhill Fugitive both picked up 20 at fence 20, the Hope Valley Wooded Hollow, which is also the scene of a dog-related fiasco involving Millie Dumas.

Millie Dumas was battling more than just the CCI3* fences. SPECTATORS: MAKE SURE YOU KEEP HOLD OF YOUR DOGS #BPIHTpic.twitter.com/Jq7B6TzC3U

We’ll have more on the situation with Millie and the loose dog who chased her through the Hollow in our next post, so stay tuned for a discussion post to come later this morning.

Once again, we owe many, many thanks to PRO and Samantha Clark for sharing their photos and commentary with us from Blenheim!