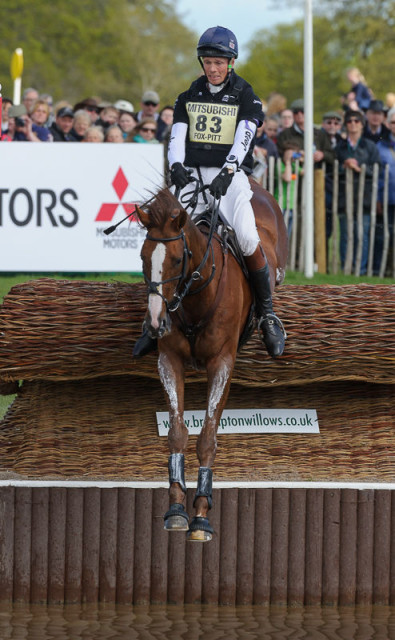 The latest FEI World Rankings were released this morning, and William Fox-Pitt has reclaimed his spot at the top over Michael Jung, who enjoyed a short time at the top thanks to his big Rolex finish. You can’t hold William down, though, as he quickly regrouped and casually won Badminton just a couple of weeks later.

Michael Jung will now sit in second place (until his next four-star win, that is), just 15 points behind William. At this point, the lead could easily swap between the two so it will be interesting to see who comes out on top when the next list is released.

In other exciting news, Boyd Martin has climbed one spot to the number three in the world. Boyd is fresh off of a 7th place finish at Rolex aboard Master Frisky and a third in the CCI3* at Jersey Fresh with Pancho Villa. He’ll also be representing the U.S. at the Pan American Games in Toronto next month aboard Pancho Villa.

We must give a shout-out to Matt Brown, who made some big moves this time around, jumping from 51st to 39th thanks to a 5th and a 10th place finish in the CCI3* at Jersey Fresh aboard Happenstance and BCF Belicoso, respectively. Congratulations, Matt!