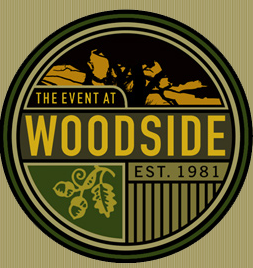 A grand total of 48 horses and riders were entered in the $15,000 Preliminary Challenge Horse and Rider divisions at Woodside this weekend. With substantial prize money hard to find in the US, Woodside has made a distinct effort to up the ante for riders who are not competing at the Advanced levels. The Preliminary Challenge is an annual event at Woodside, adding to the ever increasing numbers of elite competition opportunities on the West Coast.

This year, the Preliminary Challenge Horse division belonged to David Adamo and Henry, a Holsteiner gelding who moved up to Preliminary in 2013. The horse has several Prelim wins under his belt and was coming off of a second place finish at Galway Downs last month. David and Henry led from start to finish in the division, adding nothing to their dressage score of 30.0.

Rounding out the top three in the Preliminary Challenge Horse division are Emilee Libby and Magnum 44, who moved from sixth place after cross country to clinch second place with a double clear show jumping round. Erin Kellerhouse and Raffaella bring up third place, dropping down one spot after knocking a single rail in show jumping.

In the Preliminary Challenge Rider division, JoAnna Saunders and Ansel Adams steadily worked their way up from third place to take home the blue. This is JoAnna’s second year this level, and she picked a good place to pick up her first Prelim win!

Ruth Bley and Rodrigue Du Granit picked up second place on a 39.0 followed Cara Julian and Wunder Schon, who finished on a 41.7. Only three riders turned in double clear show jump rounds, so the final phase definitely proved to be influential.

Frankie Thieriot of Athletux and Ride On Video have been working together all weekend to bring us recap videos from each day of competition. Please take a moment and enjoy the action, and many thanks to Frankie, Athletux, and Ride On Video for their coverage. We will add the Show Jumping highlight video once it becomes available.