The crowds, stadium lights, and shallow cups did their job at the Prelim Challenge Gala Saturday night at the Woodside International Horse Trials, and the victories were well-earned. While there were several double clear rounds in the Challenge Horse division, only one pair came through show jumping in the Challenge Rider division unscathed.

The big atmosphere unquestionably played a role in shaking things up in the division, but the final team of the night, Delaney Vaden and RedRox Jazzman were able to keep their cool and hold onto their lead to win the division with one rail down. The rail came early on in the course, so Delaney had to double down in confidence.

“I was really nervous after that rail, I just reminded myself I had to keep riding, that there was whole lot of jumps left to jump, and just never give up until you’re at the end!” Delaney said of her ride. “Just being here was fantastic, and I’ve got a lot of confidence after this. Being at the show in general is a lot of fun, and it’s even better if you get to take home stuff!”

Delaney is definitely hauling home some swag from Woodside’s sponsors, including a custom saddle from Devoucoux and some generous prize money.

“I didn’t realize — my trainer told me afterward — we took a little potty break and I kind of got after him to say ‘hey, let’s get off the ground!’ and then he was like ‘Okay, we’re going.’ He’s a a really smart horse, but he’s lazy! He likes to do it right the first time and never do it again. But he’s an awesome horse.”

In the rider division, there was only a single clear round, Nikki Lloyd and Sue Buxton’s Leap of Faith XI. Even having a single rail was enough to propel a few pairs up the leaderboard; Sophie Tice on James Alliston’s Mojo jumped from 10th to sixth with her single rail, and Claire Poch and Carrot Cake used their one rail to pole vault from eighth to fifth.

James Alliston and Thomascourt Cooley pulled off a magnificent clear round under the lights, and took home the win on their dressage score of 28.7. James said he was a bit more nervous than usual for the final round as his third place horse, Sunsprite Madeira, had an uncharacteristically expensive round just moments earlier with 12 faults.

“(Sunsprite Madeira) normally jumps clear rounds, so that wasn’t how we wanted it to go, but I was pretty determined coming back in. It was nice to have another one after that round because I wanted to put it right. This one’s a pretty tidy show jumper, so I knew he could do it.”

Erin Kellerhouse and Bill’s Midnight Magic rode a clean round into second place, to the delight of the horse’s owner, John Herich. “John bred him, so it’s like his kid. He loves him, “Erin said. “It’s really fun and special to do well on him.”

Erin Serafini and Kristi Nunnick’s Be a Star jumped from seventh to third with a clean round in the final phase, finishing on a final score of 31.4.

As with the rider division, James will take home a fine check and a custom Devoucoux saddle for his victory under the lights. While energy that comes off the crowd and event can make for a more expensive day in rails, the riders universally agree it’s a tremendous experience to give their horses exposure to an event like Woodside at this level. 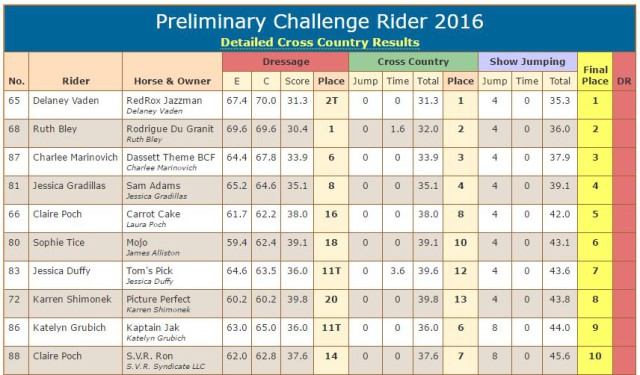 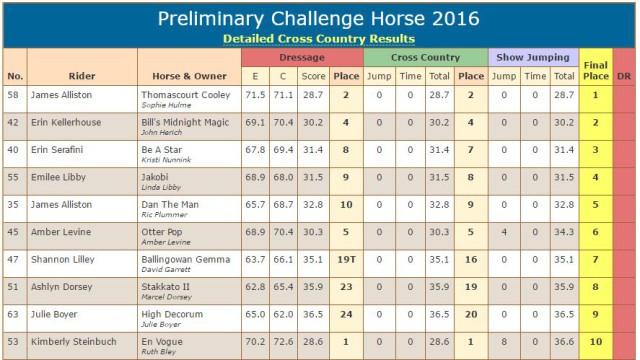