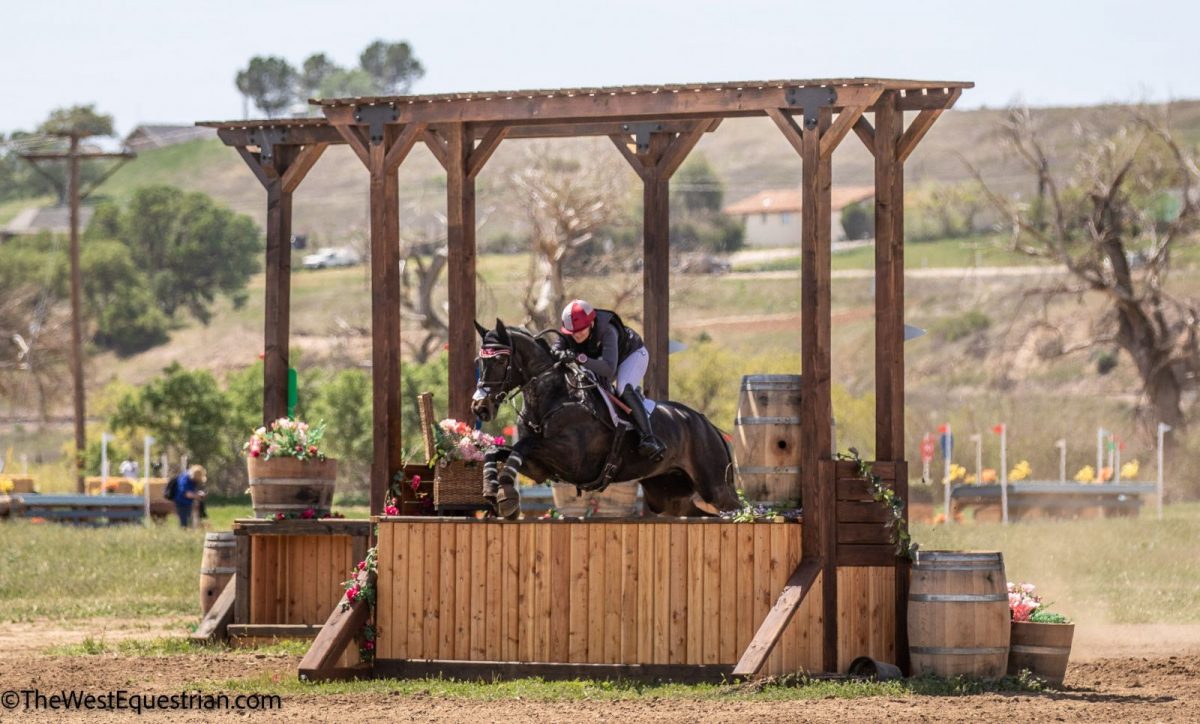 Amber Levine and Cinzano. Photo by The West Equestrian.

It was a bit of good-natured peer pressure that first brought a younger Amber Birtcil (neé Levine) to the eventing scene after spending the majority of her early riding career in the jumper ring. Growing up with eventer friends, including five-star rider Jennie Brannigan, it wasn’t long before the persuasion of her peers grew too loud to ignore.

Then 18, Amber and her horse, Nantucket Red, tackled their first event (“I used to think eventers were just crazy and that I wouldn’t ever take part!” she laughs now). That first event bloomed into another, then another. Before she knew it, she and Nantucket Red – a definitive “jack of all trades” type of horse, the perfect partner for a kid to experience a whole array of firsts – were taking weekends away to compete at events. In fact, the chestnut Westphalian gelding would wind up being Amber’s very first Advanced eventer.

And in that process of finding her feet in northern California’s eventing world, learning the ropes at each level with a willing partner, Amber found the community and the career in which she truly belonged.

“I was totally hooked,” she recalls. “Who would have thought, after just that one event?”

Eventually, Amber would sell Nantucket Red on to a less demanding home and would set about building her own up and coming string of event horses, having fully embraced her identity as an event rider. 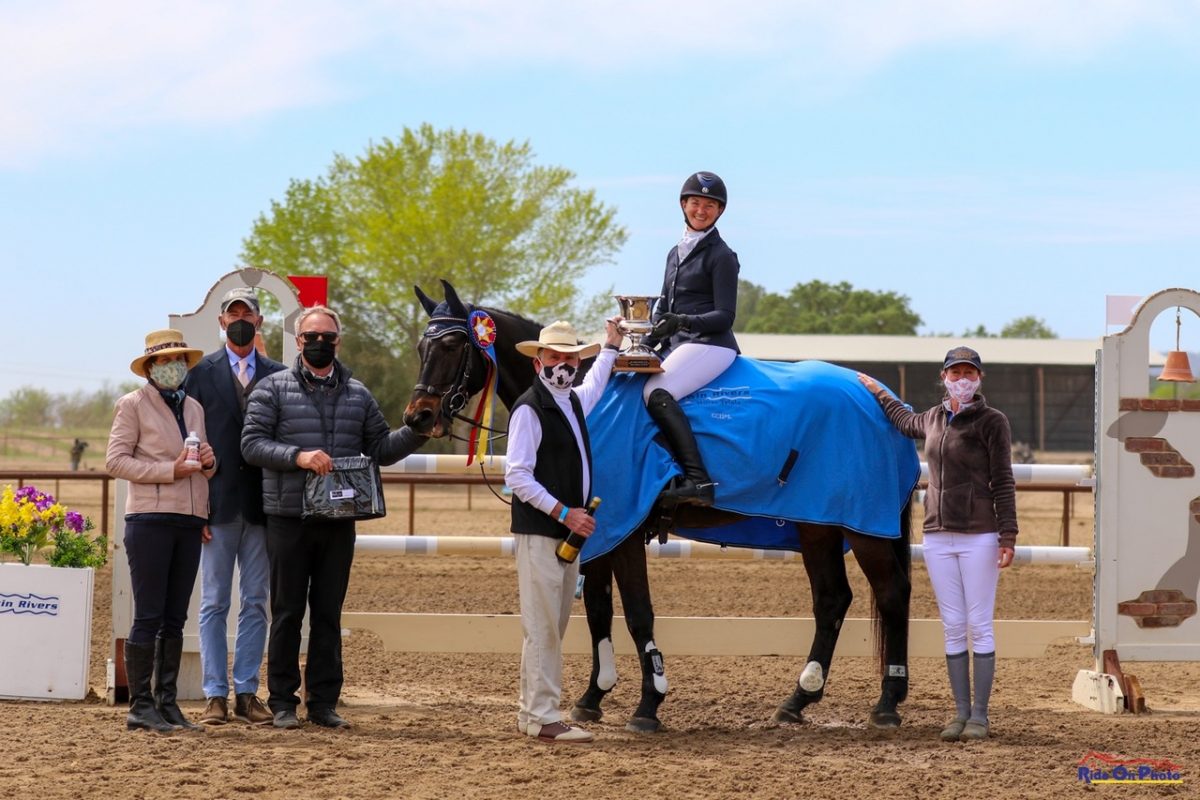 Now 33, Amber finds herself aboard another Advanced eventer – another she has produced throughout his career: Cinzano. It’s that process and the relationship-building that Amber says she enjoys the most now, and her skills at finding and producing talented horses are evident in her record.

Cinzano (Classe VDL – Walta, by San Patrignano Corrado) first found himself in Amber’s program as a five-year-old when he was imported from Hungary by Attila Rajnai. Originally, he was designated as a resale project, and in fact multiple riders had passed on the chance to produce the “plain” gelding that stood just about 16 hands.

“Everyone kept saying ‘well he’s really plain, I mean how much talent does he really have?’ and I happened to think he had a lot of it,” Amber says. Their loss, she thought, as she continued producing the Holsteiner gelding.

That belief has paid off in spades. The process wasn’t without its growing pains, of course – as Amber puts it, “up until this year I would say that all of his Advanced runs were all great with the exception of that one little green moment.” But her continued patience and dedication to instilling confidence in Cinzano, who despite his tough exterior can be a bit anxious and sensitive, has prompted him to blossom.

In April, Amber and Cinzano won the inaugural CCI4*-L at Twin Rivers in Paso Robles, Ca., cementing their status – and following up a competitive finish in the CCI4*-S at Galway Downs earlier in the year – as a four-star pair to contend with.

“He is super fun,” Amber describes. “He has a great personality and a great work ethic and he just really loves to go and do his job.”

This is the third horse Amber has produced herself through the Advanced level. Preceded by Nantucket Red and Carry On, Cinzano has taken the top spot in Amber’s string, but she’s got several coming up behind him whose destinies have yet to be realized. It’s this process that Amber says she thrives on.

As she’s talking to me, Amber is standing in her new barn on the property she and her husband, Sean, have just purchased and are in the process of building up. I ask if she has a certain type she is drawn to in terms of prospective young event horses. 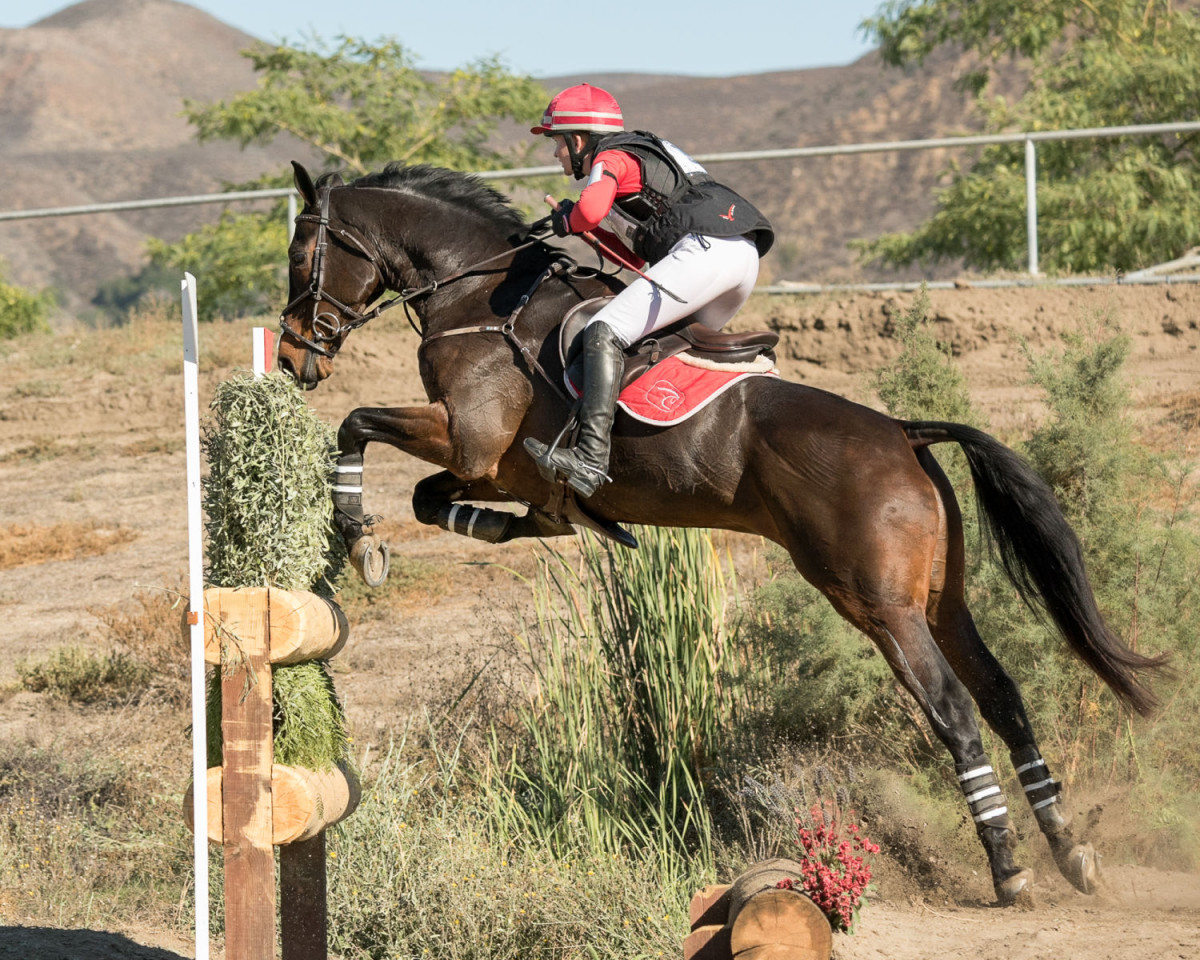 “I’m standing here looking at all different shapes and sizes,” she laughs. “So I think it’s a case-by-case basis. Mostly, I just love the idea that a young horse could go and be anything. The process of finding out what they’re good at, what they like to do, is so rewarding for me.”

“I love getting young horses and bringing them up the levels myself,” she explains. “To take them around their first Novice, it’s then so fun to see what they become. It might be a great young rider horse, a four-star horse – you never know. And that’s the most fun part.”

It’s a spot in the eventing industry that needs more eager and skilled professionals. Between the breeder or the importer and the end owner, there is often much training and producing that must be done to create a well-rounded, safe partner for a rider. Amber’s carved out a niche for herself in California, focusing on producing horses that she’ll either keep as future Advanced competitors or sell on to the perfect home for their abilities and personalities.

Sometimes, that gamble pays off in a big way. Sometimes it doesn’t. For Amber, it’s all just a part of the big picture. Part of the ride that started all those years ago when she first went out of the start box.

“I think that’s the biggest thing with bringing horses along,” she says. “You have to have a little faith in the process. You have to be able to know what you like and that’s how I was with Cinzano. There was just something about him that I really liked. And it just so happened that he went and ran a four-star and I hope he continues to do that for many years to come.”