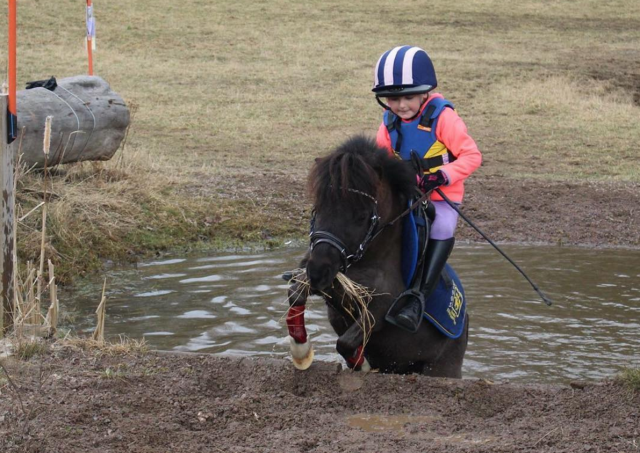 You may have seen this image floating around social media over the past week — a tiny black pony with a fuzzy mane and a mouthful of grass leaping onto an up-bank at least half his size, his young rider focused and determined.

Who is this intrepid little duo that has captured our hearts?

This is 5-year old Edwina and her steed, Tusseman, a 14-year-old American Miniature Horse/Shetland Pony cross. 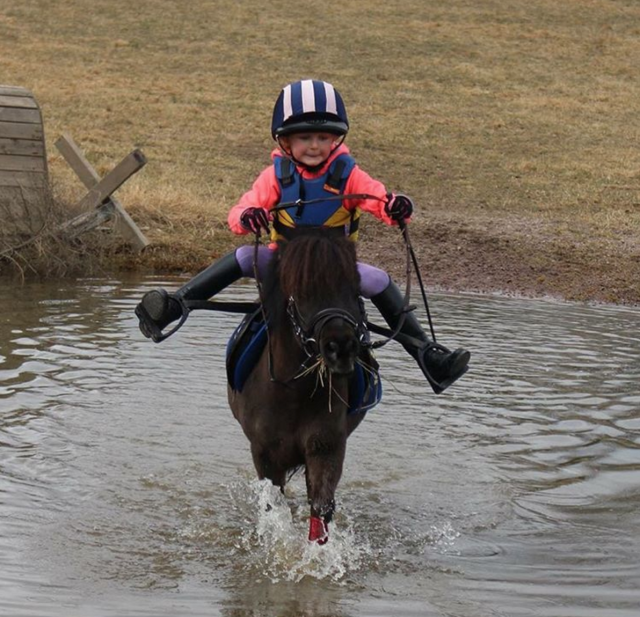 Edwina’s parents, Anna Freskgård and William Fryer, partners of 11 years, operate one of the largest eventing stables in Sweden. Their stable, Lövsund, is home to five horses competing at the three-star level, a host of other horses in training, and … Tusseman.

Anna and William acquired Tusseman about a year before Edwina was born. He is a talented little equine: He knows his job under saddle as well as a host of different tricks.

“He is a fantastic little pony, with the biggest heart and the biggest self confidence. He has a lot of humor,” Anna said.  “We have so much fun with this little horse.” 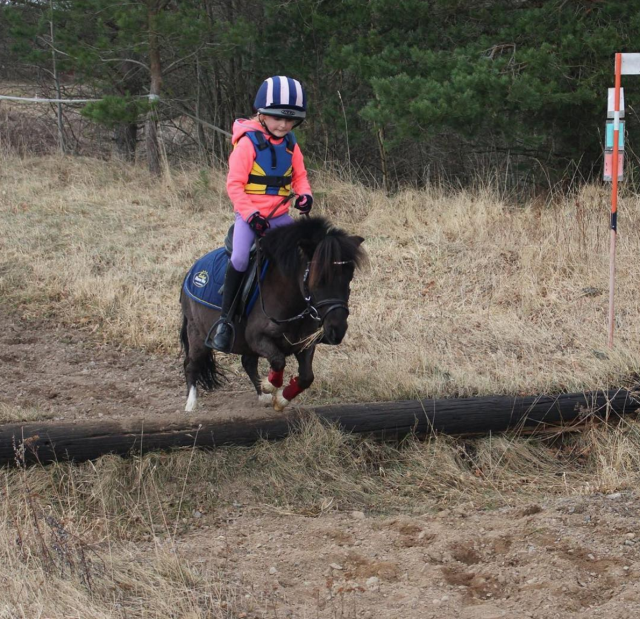 Though many of the photos of Tussemen depict him with a mouthful of grass in true pony fashion, Anna says he actually manages to stay in shape very well. “When Edwina doesn’t ride him he come with us out in the forest loose as we are riding the other horses.”

As one might expect considering her parents’ occupation, Edwina has been around horses essentially since birth. Anna recalls bringing Edwina along as a newborn to the stables, moving her crib from stall to stall as she mucked. Edwina first sat on Tusseman when she was just three days old and started to ride before she could walk. The pair tackled their first competition — a small show jumping course — when Edwina was 3 years old.

Edwina doesn’t get to go out cross country schooling very often — Anna and William usually trailer the hour away to the schooling course when Edwina is in preschool — but she loves to come when she can. Anna thinks that Edwina is the brave one of the pair: “Once she turned Tusseman at a gallop in the paddock to a big oxer maybe 1.30 meters high and said, ‘Jump, Tusseman, Jump!’ Of course he didn’t jump, he is just 85 cm high, so I think he is the sensible one in their team!” 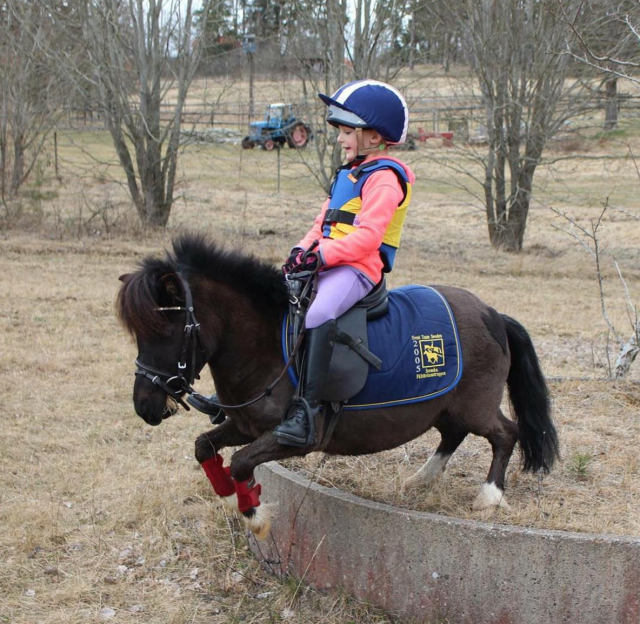 Tusseman will sadly be outgrown someday, as all beloved childhood ponies eventually are, but he has a forever home with Anna, William and Edwina. But what of Edwina as she grows up? Will we see her climb the levels of eventing herself?

“She wants to continue riding, but she also has many other ideas,” Anna said. “In January we were in Thailand on vacation and since then she wants to become a surfer too, so we will see!”

For more of Edwina and Tusseman’s adventures, you can check out Anna’s Instagram and blog.

Go Eventing (or Surfing … whatever you choose, Edwina!)