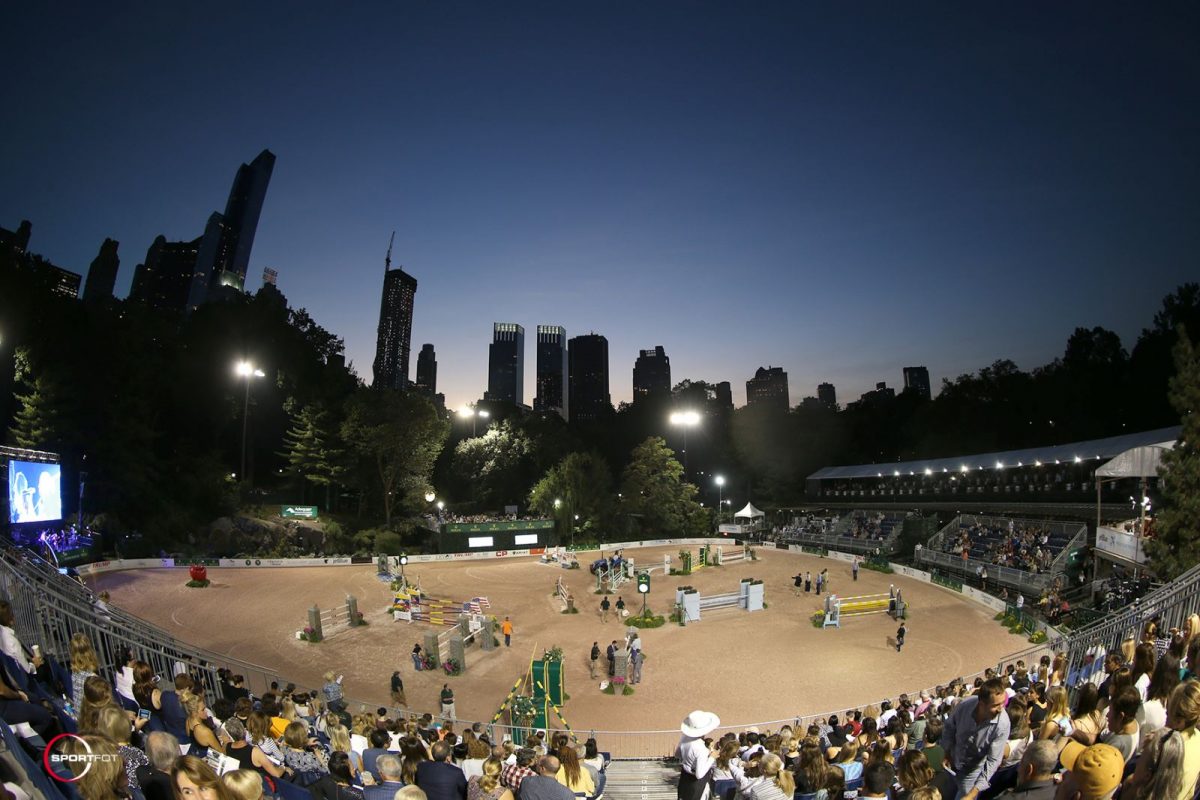 Eventing is coming to the heart of New York City this Saturday evening, Sept. 23, when the Rolex Central Park Horse Show hosts the U.S. Open $50,000 Arena Eventing Team Competition. We can’t wait to see our sport showcased in such a unique and accessible setting, against the backdrop of a glittering New York City skyline.

Each team, named after a famous New York City neighborhood, will race against the clock with faults converted into time with their score being based on the cumulative time of both riders’ rounds. The top six teams will return for the second and final round of competition, which will crown the first-ever U.S. Open $50,000 Arena Eventing champions.

Team Upper East Side
Waylon Roberts (CAN) / Selena O’Hanlon (CAN)

It’s sure to be a special moment in time, and the more we come out to support it the better the chances that it will become an annual fixture as opposed to a one-off event. We applaud The Fite Group, a market-leading luxury real estate firm serving the South Florida region, for signing on as the class’s title sponsor, a leap of faith in its inaugural year.

Eventers, it’s time to rally! Who’s up for a weekend in city? We know you’re busy people, so allow us to assist with logistics:

Tickets: General Admission tickets are $50/person and can be purchased at the Central Park Horse Show website or at this link.

VIP Seating is still available and can be purchased by contacting [email protected] Tables seat six and have an impressive view of Wollman Rink. VIP Seating will include premier open bar and dinner. Individual VIP Seats are also available.

Gates open at 7:30 p.m. and the event will begin at 8 p.m. Dress is cocktail/evening casual. 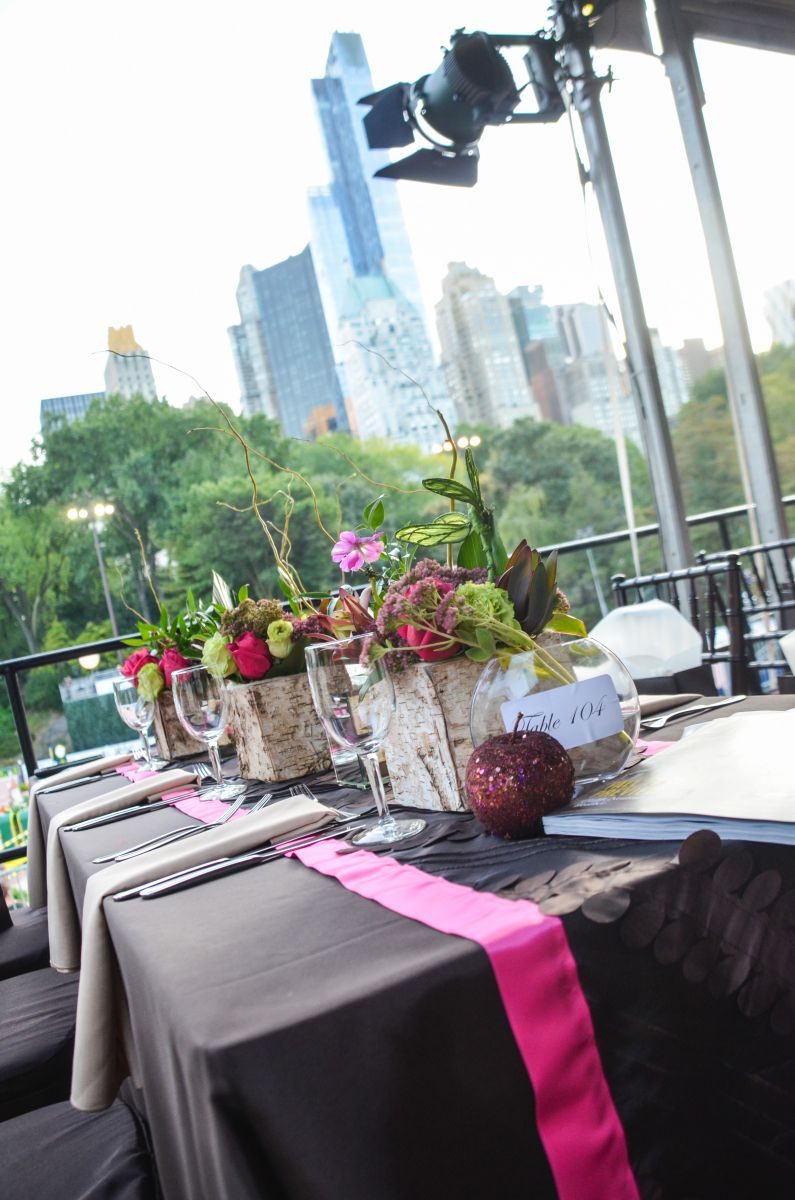 You spend 99% of your life in muddy boots and slobber-stained shirts with random strands of hay in your hair. How much fun would it be to dress up and pretend you’re a fancy city person for one night? Photo courtesy of Rolex Central Park Horse Show.

Getting there: It can be done on the cheap, guys! Look into budget airlines: I got a $108 round-trip plane ticket from Knoxville to Newark through Allegiant Air.

Once you’re in the city, here’s how to get to Wollman Rink:

Central Park South (59th Street) and 6th Avenue. Wollman Rink is a two minute walk into Central Park from this entrance. Follow the footpath directly into the park and stay to the right. 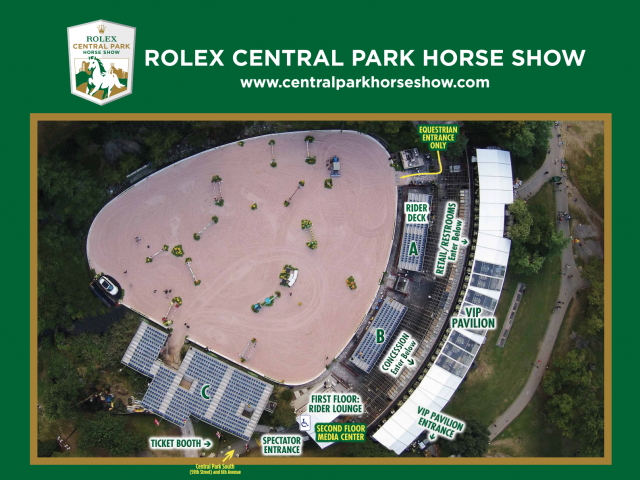 Where to stay: The official horse show hotel, JW Marriott Essex House (160 Central Park South), is a conveniently located about 0.3 mile from the venue but will set you back about $1,000 a night. Let’s leave those rooms to the hunter/jumper folks and look into some more affordable options, shall we?

If you can spring for $200-400 night — another reason to drag your barn buddies along and split the cost! —  the world is your oyster. A friend of mine who has attended the Central Park show before recommends the Salisbury Hotel (123 W. 57th Street), which she describes as “kinda old and crappy but super easy walking distance and not as expensive as some other places.” For the price (about $220/night), the Ameritania (230 W 54th Street) looks boutique chic and is about half a mile away.

Even if you have zero travel budget to work with, like me, you can make this thing happen. Crashing on a park bench hobo-style in Central Park seems really convenient to the horse show and would make EN’s accountant happy, except I’d worry my laptop and camera would get stolen. So I booked a shoebox size “pod” in the Chelsea Cabins (370 8th Avenue) for $82/night, also about half a mile away. That’s which is about as cheap as it gets in Manhattan.

You can always venture a bit further afield tho, and check out alternative lodging like Airbnb and hostels. I’ve also been known to crash on dodgy friends’ friends couches in the meatpacking district, etc. Do what you gotta do, just be there! 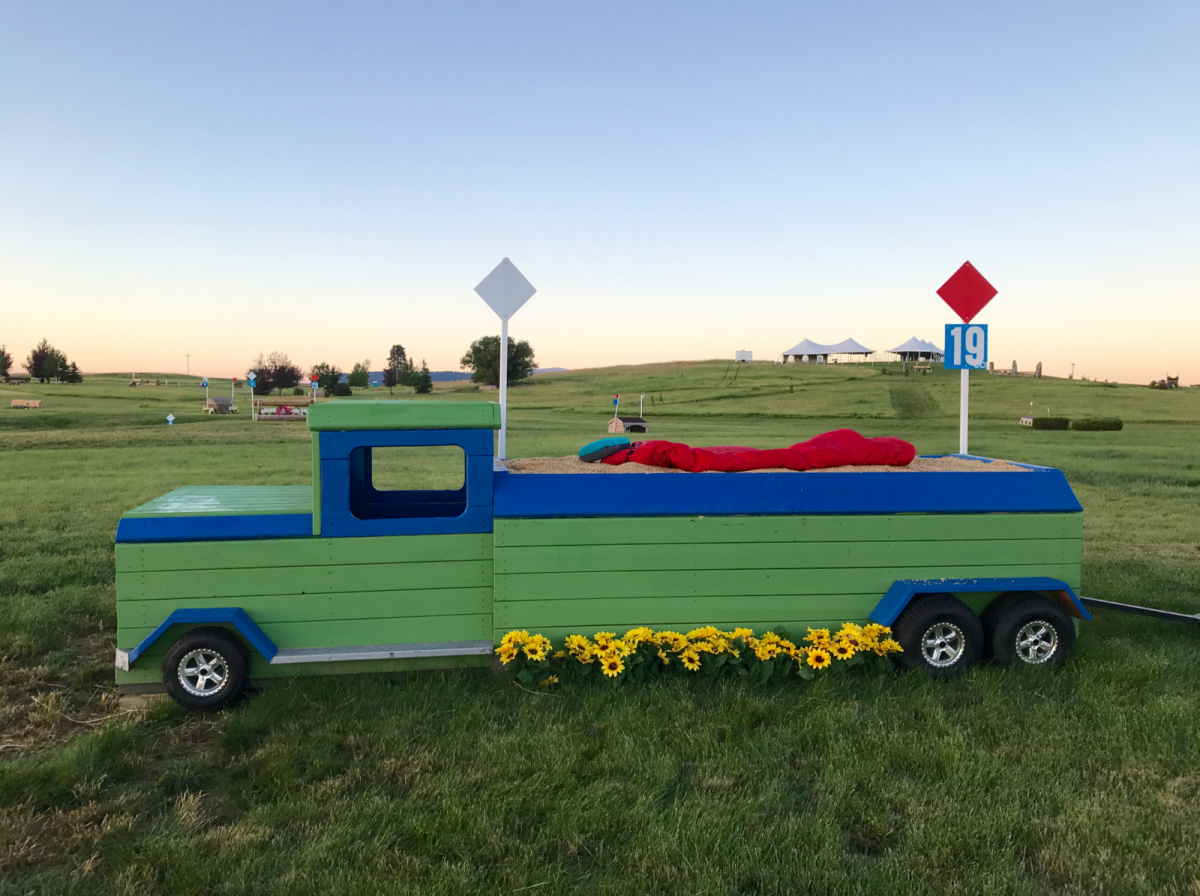 That time I camped out on jump #19 at Rebecca Farm. Photo by Leslie Wylie.

Complete schedule of events: Make a week of it! 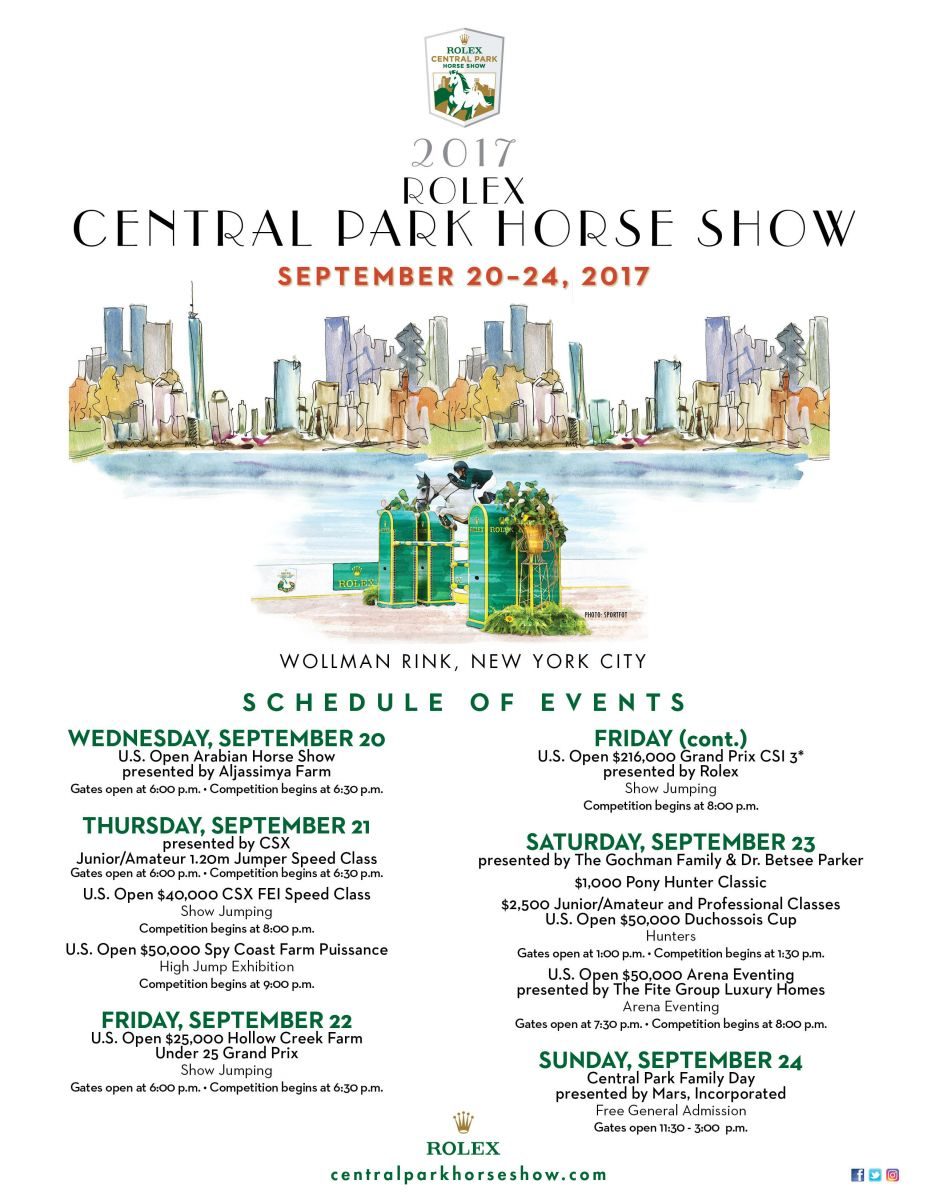