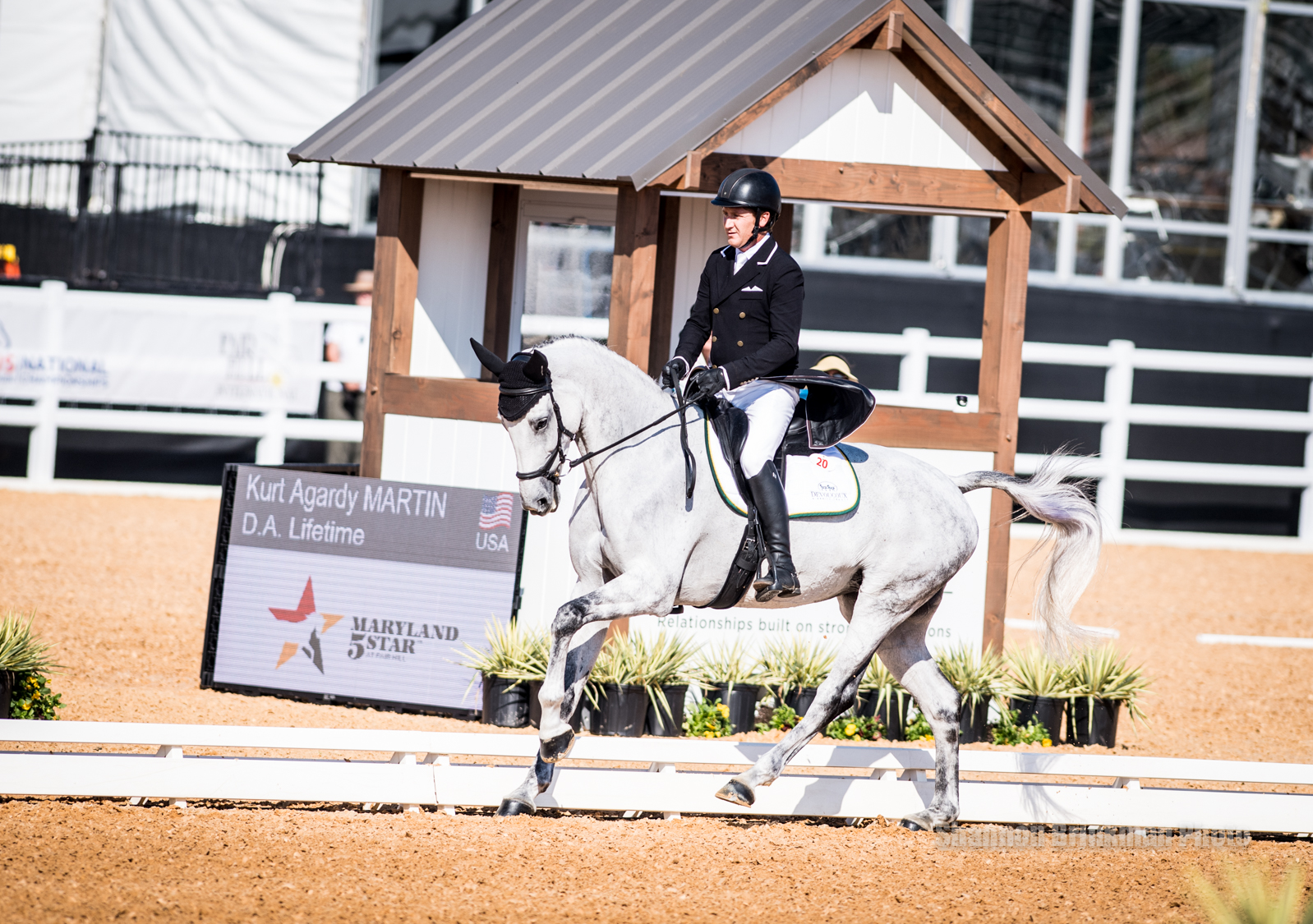 The Maryland 5 Star at Fair Hill is well and truly coming alive today, as the first riders in the CCI3*-L division made fresh tracks in the dressage court first thing this foggy morning. The first 25 pairs of the 51 competitors contesting the USEF CCI3*-L Eventing National Championship completed their dressage tests this morning and the early leaders today are Kurt Martin and D.A. Lifetime on a formidable score of  23.5.

Kurt connected with D.A. Lifetime, known around the barn as “Clarence”, on a trip to Germany a few years ago with Debbie Adams and Tony Rosati. The now nine-year-old Holsteiner mare (Lingh — Timeless by Carpalo) bred by Carsten Strehle was the last horse of the trip at Kurt sat on.

“She was like riding on the cloud. Literally, I remember the right lead and feeling I’d never written anything so light and nice,” Kurt said of the mare. After giving the mare an easy year to settle into life in the States, Kurt began building a partnership with her several years ago.

“She maybe wasn’t the most trusting to start, but we have a great rapport and she has perfect manners … she’s very easy. She loves her turnout, but she’s not always the easiest to catch because we have beautiful turnout in Virginia. She’s actually turned out with my five-star horse Delux Z and he chases her around a little bit, made her a better horse.”

“It’s just been stepping stones … Our decision coming into Fair Hill prep was that we wanted to run her at good venues. This is a good horse and we wanted to give her a real shot at some good courses. So that’s the way we’ve shown up here and all of us are really excited to have her.”

Currently sitting in second in the division on a 24.8 are Kate Brown and her own Carnaby, an 8-year-old Oldenburg gelding (Cabachon — Clingolda, by Clinton H) bred by Gestut Lewitz. Kate bought “Cabbie” as a three-year-old from Germany and has been steadily producing him up the levels since 2017.

“My horse is usually quite obedient and he felt quite responsive in the warm up ring,” said Kate. “His eyes got a little bit big when I came up into the arena itself. He took a few peeks around throughout the test, but he kept responding to me and kept showing up and doing what I was asking so I’m very pleased with him.

The arena sits in the infield of the turf track at the Fair Hill Training Center, right at the finish line. VIP chalets and grandstands line the perimeter of the field of play and giving spectators an intimate view of the action. The permanent Aintree Grandstand is offset behind the pristine turf track and offers spectators a postcard-esque view of the entire scene.

There’s no doubt that it’s an atmosphere worthy of a five-star, and we’re so thrilled to be here to take it all in. Thanks for following along! 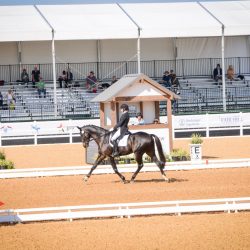 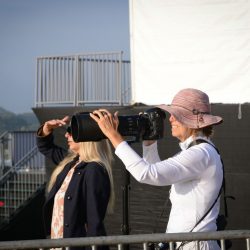 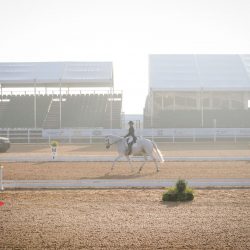 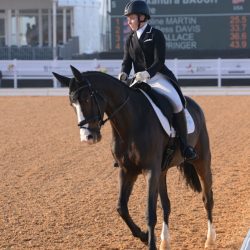 Alexandra Baugh and I Spye. Photo by Abby Powell. 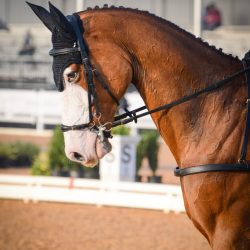 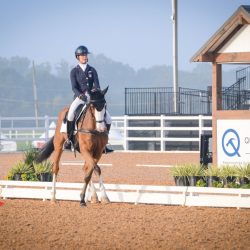 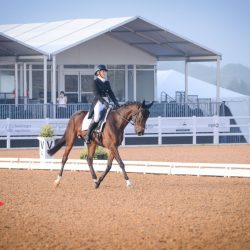 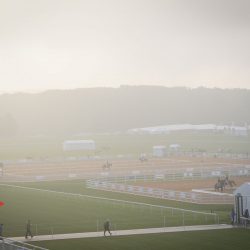 Foggy morning view of the warm up rings from the top of the grandstand. Photo by Abby Powell. 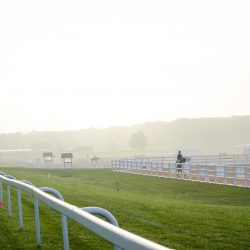 No, I will never not take foggy morning photos. Photo by Abby Powell. 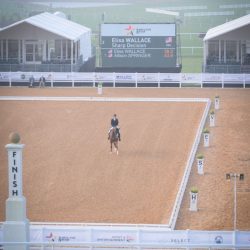 Sharp Decision, an OTTB ridden by Elisa Wallace, gets a different view of the finish line. Photo by Abby Powell.