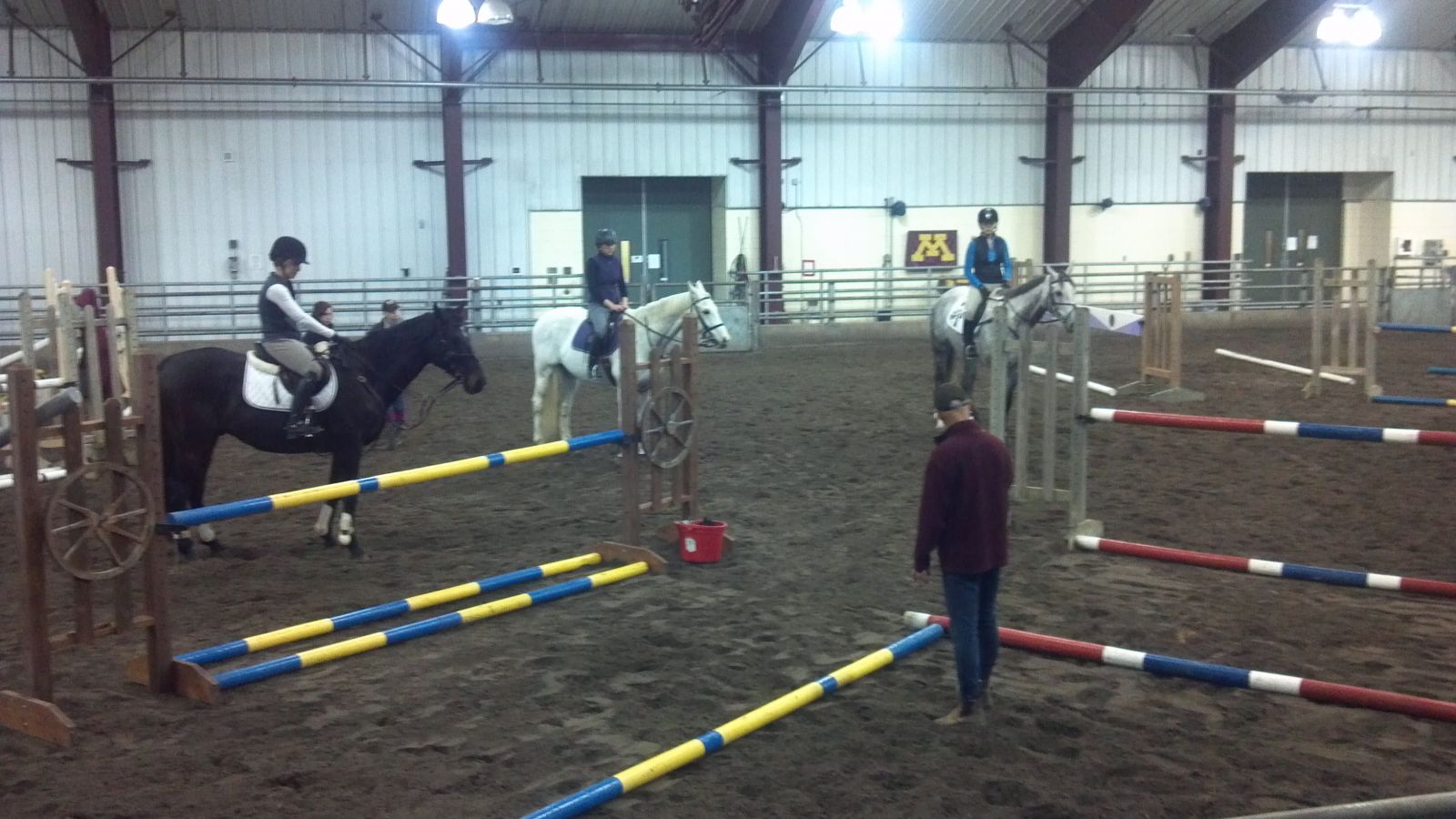 Yves Sauvignon has been a very prominent eventing trainer on the West Coast for the last 30 years. A native of France, he was admitted to Le Haras du Pin in Normandy at 16. Before settling in Santa Rosa, Calif., he was teaching all over France. He started Oakridge Training Stables, which is now based at the Santa Rosa Equestrian Center. He focuses on the success of his students and furthering their education, and that’s where his focus remains, rather than on personal competition goals.

His best teachers? His students and horses. So how’d he get to Minnesota with such a big base in California? Carrie Finno — a Minnesota native turned California transplant, who eventually returned home — had trained with Yves while she lived out west. She was absolutely sure that if she should could get Yves out in Minnesota just once as a clinician, us crotchety ol’ Minnesotans — so solidly set in our ways — would have our eyes opened to some terrific training and want to have Yves back again. Needless to say, she was right! Carrie says of Yves’s teaching style: “He is a very kind and patient trainer, but doesn’t miss a thing!” The clinic was held at the University of Minnesota Equine Center in the delightfully heated Barenscheer Arena.

There are lots of videos thanks to Carrie, Sue G., Ann, Kirsten and Ashley!

From the get-go on Day One, the courses were the name of the game. Su, G., riding her wonderful TB, Hodie, was surprised at the lack of “traditional” gymnastics on Day One, switching instead right on to course work. That continued on Day Two with an emphasis on straightness, power, holding lines, and correcting leads — even if finished with the exercise — to finish nicely and smoothly. You need the proper balance, direction, and appropriate speed to set yourself up to do it correctly. Whenever a horse would split over the canter poles, he kept emphasizing this is part of the training process, even though it might not feel as good at the time. Forward and moving off the leg was also a big part of his comments to the riders. He was a truly fun guy; he said on several occasions that if the riders didn’t understand or rode the incorrect line, “I probably said it in French and didn’t realize it.” Although I was only able to attend Sunday, as I was out of town the other day, the clinic participants that I spoke with really relayed to me how much better their horses were going on Day Two because of the work the previous day. The horses, as well as humans, had really taken their first lesson with Yves to heart.

Participant Kirsten and her mount Opie:

Participant Sara Beth spoke very highly of Yves, telling me, “Yves has a very fun, positive teaching style, and he doesn’t miss a beat. He made exercises that required a good deal of mental discipline from the rider and kept horse and rider thinking forward. The first day was more course work, with lots of bending lines and related distances. From the first few jumps around, he was able to address weak areas in our position and help us make corrections. The second day included a lot of grids and canter poles, so we could play with our horses’ adjustability. The clinic was a great experience for my horse and I; I hope to work with Yves again in the future!”

Participant Sue and her horse Hodie:

The “brush jump” soon became known as “Hodie’s brush” — the name given by Yves, as Hodie wasn’t too sure of it.

Ann and her mare Gretta:

My favorite horse of the day: 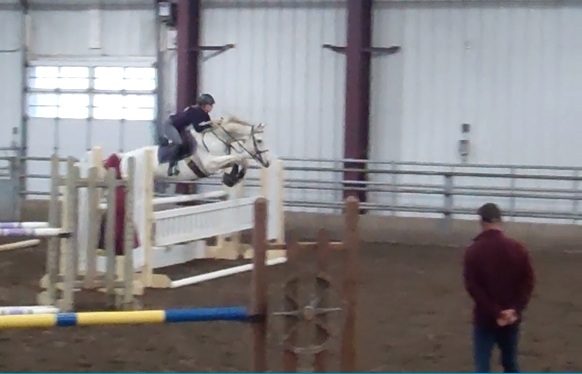