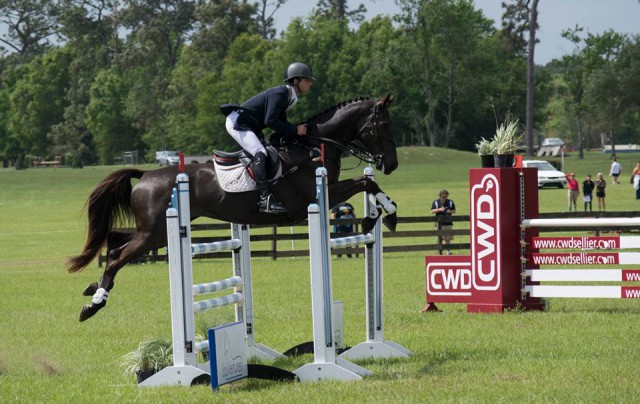 Zach Brandt and Vasilev at Ocala. Photo by Ali Strauss.

It was a slight twist of fate that brought a bright young horse into Zach Brandt’s barn. Zach has been growing his budding business as an eventing professional, a process that involves tough decisions and more patience than the average person. With an eye out for the next horse that he could produce through the levels, Zach first met Vasiliev, a Anglo European gelding, through his work with Jon Holling.

“Jon imported ‘Larry’ for a student as a four-year-old,” Zach explained. “She rode and competed him for about a year and a half but eventually decided she wanted to do more work with racehorses on the track. At the time, I still had (Cavallino Cocktail), so I wasn’t necessarily in a position to buy another horse but Jon thought Larry would be a good horse for me.”

When Zach originally began riding Larry, Jon Holling gave Zach his honest opinion on the horse. “He told me that any time you buy a horse, there’s a potential for buyer’s remorse. But he said that with this one, he knew I wouldn’t have any.”

Campaigned through Training level by Megan Johnston, Larry was a scopey and talented young horse but still showed greenness at the level. “Megan was kind enough to let me ride and compete him for a few months,” Zach said. “That gave me time to put the money together to be able to buy him, and in February of last year he officially became mine.”

Zach and Larry competed in several Training level events before stepping up to Prelim together. They made their Prelim debut at Carolina last year, finishing second. As it is with horses who show talent for upper levels, Prelim was a big test for Larry and a good barometer for where he could potentially go from there.

“He’s just been a super horse,” Zach said. “He is a bit of a handful — a little hot and strong. But I honestly prefer that type of ride. But honestly no matter how nice the horse is and how great its mind is, at that age and level of experience you just don’t really know how far they’re going to go. But he has that look in his eye and he has that attitude that makes me feel he will be a four-star horse one day.” 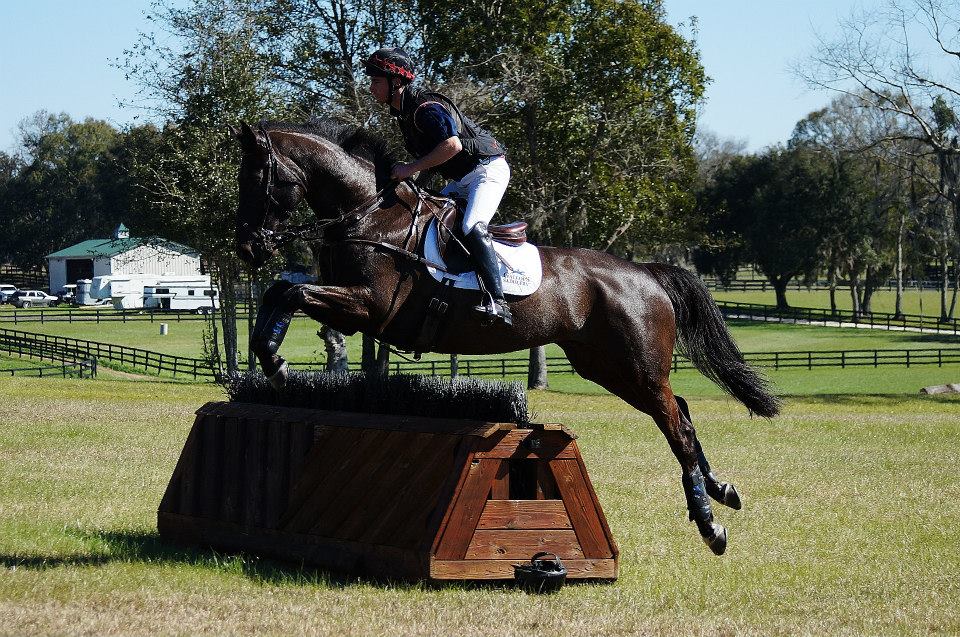 Later in 2015, Zach tested Larry at the Intermediate level at Poplar Place, finishing eighth with no jump penalties on cross country. Diligently, Zach kept working to perfect Larry’s skills and rideability, bearing in mind that he was a more sensitive and aggressive ride. “He’s not really an affectionate type of horse, he’s more aggressive, but he’s quite rideable,” he said. “He’s kept his fitness really well as he’s moved up.”

Zach aimed Larry at the biggest challenge of their partnership to date, the CCI2* at the Ocala Horse Properties International Festival of Eventing last month. Having completed three Intermediates and two CIC2* events, the CCI2* was the next milestone to tackle.

“He had run a couple of Intermediates in the fall and came out this year more mature and strong,” Zach said. “He definitely seems to get better as he is challenged more. I’d say the CIC2* at Pine Top was his first ‘hard’ Intermediate, and I walked around the cross country not entirely sure how it would go — it was the best cross country ride of my life. He’s just gotten better each time out, and it was the same way at Ocala.”

Indeed, Larry went on to finish in ninth position in the Ocala CCI2* — quite the impressive feat for the horse’s first CCI event in a field nearly 30-strong. Larry added two rails in the show jumping to his dressage score for a final finish on a score of 56.9.

“That’s the lowest dressage score he’s had in FEI competition,” Zach recalled. “Where he’s come in the last year and three months was asking a lot of him at eight years old. He finished Ocala even better than I expected.”

Larry is now enjoying several weeks of vacation after his big effort and will be aiming for the CCI2* at the Ocala Jockey Club Thanksgiving weekend. Zach is also eyeing an Advanced move up this summer. “He’ll run his first event back in the CIC2* at Richland this summer and then potentially move up to Advanced at Plantation Field,” he said. “If all goes well, he may do the CIC3* at Morven Park and then do an Intermediate at Rocking Horse as a lead up to the Jockey Club CCI2*.”

Meanwhile, Zach is busy making big moves of his own, recently deciding to move north to Carlock, Il. to base out of the Mercier family’s Hunter Oaks Equestrian Center.

“I’ve been in Ocala for the last two summers, and it can be difficult to do business because of how hot it gets,” Zach said. “I’ve been thinking about going north since the end of last summer, and I got invited to work out of Hunter Oaks. I’m hoping it will be more of a long term move, but we plan to come back down to Ocala in the winter.”

As Zach’s business and relationship with Vasiliev continues to grow, he’s sticking to his plans and doing his best to create the best horse and work environment that he possibly can. “I’m going to spend the summer focusing on improving his show jumping and dressage,” he said. “Jon will come up periodically through the summer to teach. Larry is coming along quite well and while it is tempting to try and do a CCI3* in the autumn, I’m just going to take my time with him and really try and produce the best and most confident horse I can.”