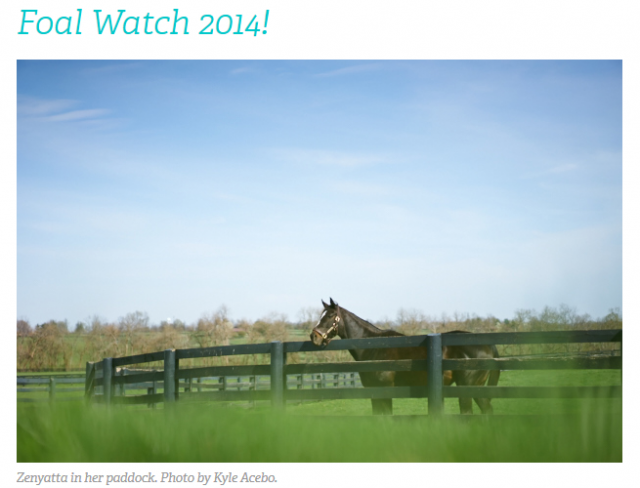 Wonder race mare Zenyatta gave birth to her third foal just after midnight today. This is the mare’s first filly, sired by War Front. The name of the filly is yet to be announced, but Zenyatta’s previous foals have retained at least a Z in their names (Cozmic One and Ziconic), so I would speculate that this little lady will also have a part of her mother’s name.

What do you think the new Zen-filly should be named, EN? I want to hear your ideas! Here’s a couple of mine:

Feel free to add your ideas in the comments! You can keep up with the new foal on Zenyatta’s website here. And, just for kicks, a video of Zenyatta showing off her signature dance moves on her way to the paddock. Congratulations to Zenyatta and all of her connections!