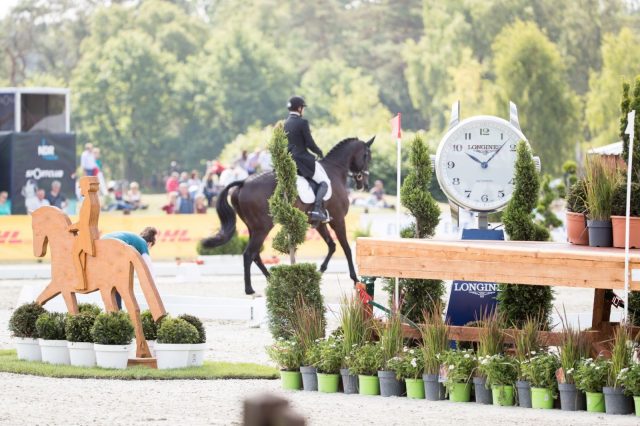 Yesterday 17 national federations declared their entries for the Longines FEI Eventing European Championships, to be held Aug. 28-Sept. 1 in Luhmühlen. They are as follows:

The national federations have already named riders and horses but were able to name twice or even three times as many starters as will actually be able to compete at Luhmühlen. The federations will send the definite entries, with finalized horse-rider combinations, on Monday, August 12.

As the host nation Germany will be able to nominate 12 riders; all other federations will nominate six.

The officials have been selected for the Championships. The judges will be Martin Plewa (president), Anne-Mette Binder (DEN) und Peter Shaw (AUS), and the FEI Technical Delegate will be Gert Naber (NED). The cross country course designer is Mike Etherington-Smith (GBR), and the show jumping course designer is Marco Behrens (GER).