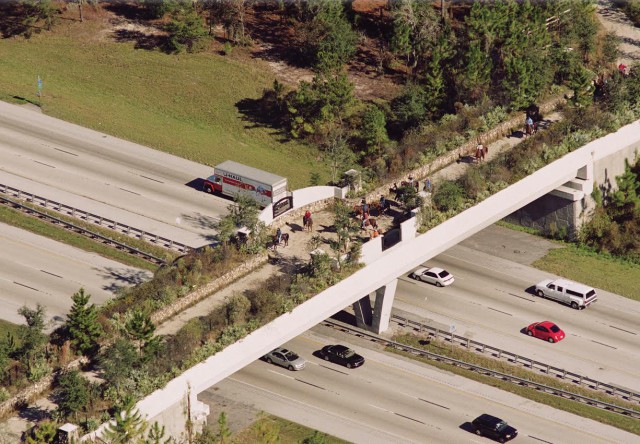 Cross Florida Greenway Land Bridge over I-75. Used with permission from the Office of Greenways and Trails, Florida Department of Environmental Protection. Photo by Sky Storms.

Last week we gave all you snowbirds preparing to spread your wings and fly, fly, far away from here to Aiken a list of things to eat, drink, see and do while in town. This week we’re migrating even further south to Ocala, Florida.

Disclaimer: While I’ve spent way more time in Ocala than I have in Aiken, most of it was as a working student a.k.a. I was always too busy riding or performing slave labor to get off the farm. Like, I think I maybe went to see a movie once. So I called into some advisory backup from my eventer buddy/Ocala green card holder/person with a life Mary Hollis Baird — thanks, girl!

1. Trail ride over the Interstate.

Looking to rev up your hack routine? The Cross Florida Greenway is a 110-mile nature corridor that doesn’t brake for anything, including I-75. Hikers, bicyclists, equestrians and wildlife have safe passage thanks to a landscaped land bridge, the first of its kind in the United States. It’s about two miles out from the Land Bridge Trailhead, which offers parking for trailers as well as a horse wash-down area.

The trail is open 8 a.m. until sundown year-round and there is no usage fee. For more information visit the website here. 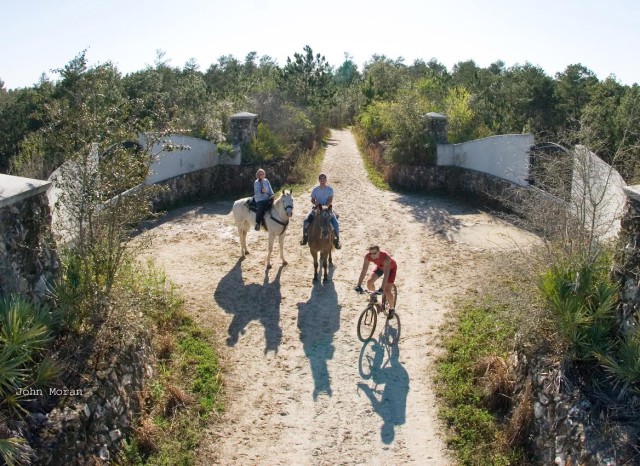 Cross Florida Greenway Land Bridge over I-75. Used with permission from the Office of Greenways and Trails, Florida Department of Environmental Protection. Photo by John Moran.

OK, maybe not. But as Mary Hollis puts it, thoroughbred sales are a great place to “go look at expensive thoroughbreds run fast” — which beats a movie any day, really.

The first Ocala Breeders Sale of the season, the Winter Mixed Sale, is held January 27-28 and includes a variety of horses included those of racing age. The 2-Year-Old-in-Training Sales are March 15 – 16 and April 19-22, with scheduled hours to watch their workouts during the week. More info at the website here.

A much more feasible alternative: Buy an ex-racehorse.

I can personally vouch for this one. There are diamond-in-the-rough OTTBs floating around all over Ocala. I discovered “Whitey Cornbread” via a Craigslist post, bought him on-site (which was a trailer park), took him home, got him going and re-homed him with a lovely young rider who gave him a fancy new name and evented him through Training. Look how cute they are! 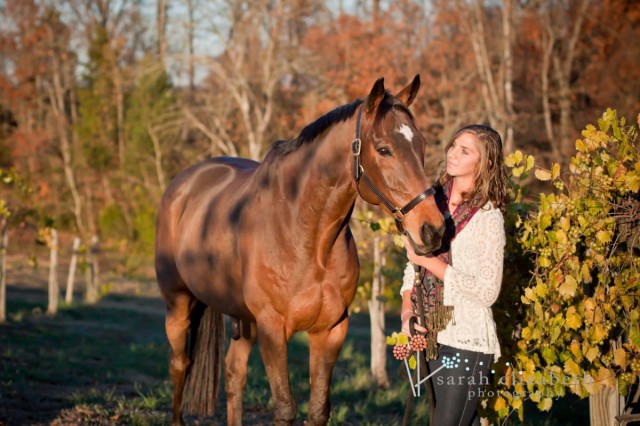 On Sunday nights eventers and jumpers collide at this bar/club called The Beach to party post-Grand Prix, or whatever else happens to be going on that weekend.

“Sunday Funday,” as it’s dubbed, usually features a DJ, 50-cent wings and “woo woo” shot deals to help you forget how many rails down you had and assist you in making even worse mistakes throughout the night. Hot tip from my Ocala insider: “Also The Beach has a stripper pole that they put on the dance floor sometimes and I have now seen more eventers dancing on a pole than I ever thought.”

What happens in Ocala stays in Ocala, y’all. 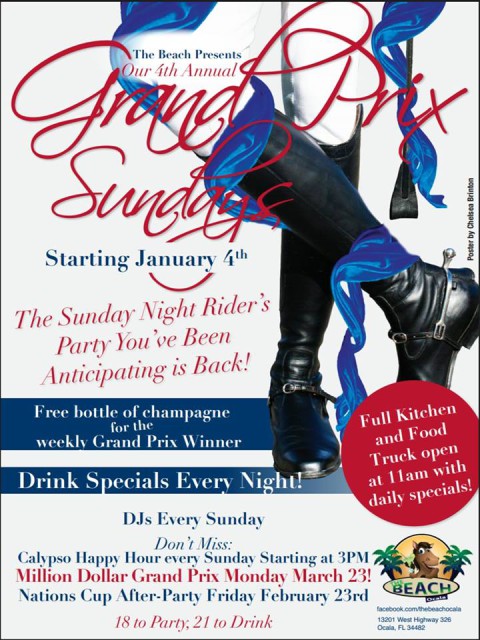 Ocala and Lexington are perpetually duking it out over the title of “Horse Capitol of the World” and it’s not surprising: both are home to horse farm after horse farm, many of them in the Barbie Dream Barn category.

Ocala/Marion County is home to more than 600 thoroughbred farms alone, spread out across some 70,000 acres. If you’re in the mood for a self-guided tour the tourist bureau can set you on the right track.

The area also boasts a weirdly large population of Gypsy Vanners, the massively hairy colored cobs that I’m pretty sure keep Show Sheen in business. Baby gypsies are the cutest, let me tell you, and baby season is about to be in full swing. Squee!

Do your tender heart a favor and stop by one of the breeding farms for a tour. Ocala-based Gypsy Gold first imported the breed into the U.S. in 1995 (I was kidding about the Show Sheen but the farm’s owner really DID invent Quik Silver) and it’s a mecca for Gypsy Vanner enthusiasts.

They offer two-hour informative walking tours on Wednesdays and Saturdays at 10 a.m. At $30 a pop it’s a bit pricey, but the tours are rated #1 on TripAdvisor and have a five-star rating and frankly I’m not surprised. Can you really put a price tag on those curly-cue foal tails? Book a tour here. 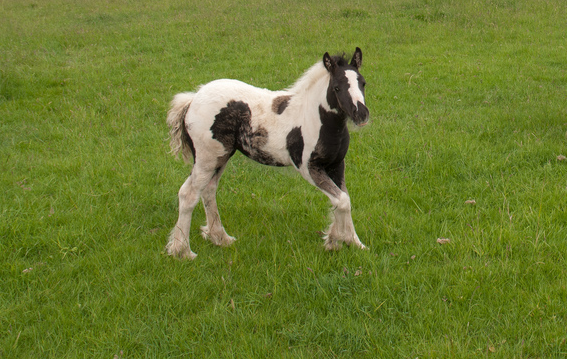