On Thursday I promised Will Coleman, a well-established jam band nerd, that if he finished Off The Record (one of two horses he has in the LRK3DE 5* named after My Morning Jacket songs) in the top 10 after dressage I’d write a whole story in MMJ lyrics, doubling down on a Phish bet from WEG in 2018. 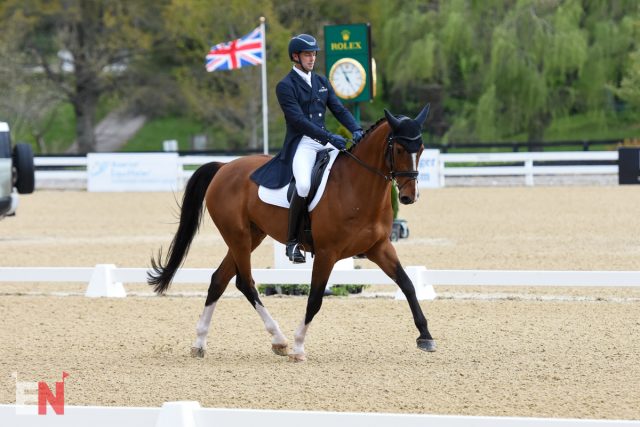 “Boy, I was ready for spring,” Will Coleman sighed as he crossed the border into Kentucky, home of where the grass is dyed, a 700+ mile drive from his Okonokos Farm. He whistled a little tune passing through the iconic gates of the 2021 Land Rover Kentucky Three-Day Event: “Well you can ride, ride, ride on down to the [Kentucky Horse] Park….“

In the trailer behind him were his three five-star mounts: Dondante and Off The Record, both named after MMJ songs, and Tight Lines AKA “Phish” as he’s known around the barn. Will likes music — you get the point.

They settled in and woke up at first light the next morning, feelin’ good and limber. The horses poked their head over their stall doors, ears pricked, as their two-legged frontman bid them good morning. “The day has come,” Will said, scratching their ears one at a time. “Just believe and you can do. You know my heart, it beats 4 u.“

“I’m ready it for now,” Off The Record whinnied.

“Cadillac rainbows and lots of spaghetti. And I love meatballs so you better get ready,” added Phish, to which they all just nodded and smiled. Nobody ever really understood what Phish was talking about but he always said it with a lot of conviction.

When Will headed back to the lot, Off The Record lowered his voice conspiratorially. “I have a master plan, babes,” he whispered. “I been workin’ on it from the start.”

“Shhhhhhh,” Off The Record hushed his over-exuberant barn mate. “The plan is not to … whatever it was you said. The plan is: defeat Z.”

Dondante and Phish simultaneously reared up a little at the mention of their arch rival and nemesis. Z was the name of MMJ’s 2005 album, topped only by their 2003 album It Still Moves and Okonokos if you want to count a live record. It was ALSO the name of Phillip Dutton’s five-star mount this weekend.

“That’s jam band name appropriation, man,” said Dondante. “Not cool. I bet Phillip Dutton’s never even been to a MMJ show. The nerve of that guy … frankly, I’m amazed.“

“Remember: We are the innovators,” Off The Record said, not unintentionally quoting a lyric from Z‘s first track. “They are the imitators.“

The battle had begun. At dawn they ride again. 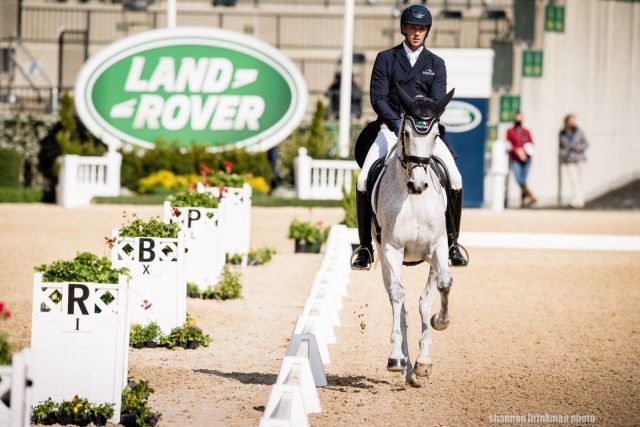 The dressage phase went well, although Will had to work hard to keep Dondante‘s second change under wraps.

“You wanna freak out? C’mon!” Dondante squealed, envisioning that pansy Z trying to survive one night in the gen pop Bonnaroo campground. He’d probably have one beer and get lost in a port-a-potty he cackled, botching the change completely.

Will, on the other hand, never lost focus. “You’ve got to know that we will [flying] change,” Will murmured soothingly, “And keep it off the record / Off the record.“

With his next ride, Phish, Will was more prepared. When he noticed Phish shooting Z a dirty look in the dressage warm-up (“I’ll slam him in the face with a nectarine,” Phish muttered under his breath) Will reminded the horse to stay focused: “Hey, you only got to dance with me.“

Will’s third test, with Off The Record, was his best yet, landing in the top 15. “He sure looks good when he moves in the light,” one judge remarked, but the horse’s contempt for Z was still simmering just below the surface. “I think I’m going to hell,” he mused, exiting the ring. “I probably lost marks for that, but no regrets.” 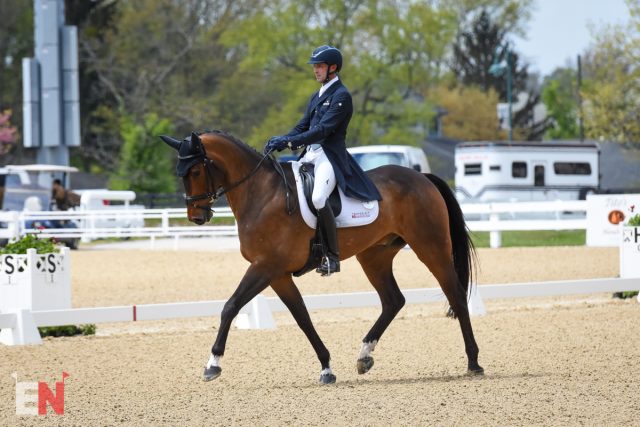 Will Coleman and DonDante. Photo by Shelby ALlen.

Then it was on to cross country day, often compared to just a really fast risky ride at a fair. Will felt safe, though. “Do you see the hard helmet on my head?” he said, mounting up on Dondante. “Totally unscarred. Serves protection for my head.“

The pair headed out on course, breezing past existential questions like “Should I hit the water or stay on dry land?” Dondonte arrived back at the barn, having sailed around his first 5*, and it all felt like a blissful blur. “I went over the [water jumps] and into the woods, where did I go?” It was, he recounted to his barn mates, “a feeling in my soul I’d never felt before.”

Phish, who had a reputation for setting the gear shift to the high gear of his soul … running like an antelope, out of control, was next up. They marched off to the startbox, the horse’s last words a non-sequitur about “the kids under the carpet and the purple humpback whales.“

“Man, I like Phish alright but that dude sure is a weirdo,” Dondante muttered.

After another successful run, Off The Record was next up. “Hey there, I’m flying up above,” he whinnied mid-course in glee. “Looking down on the tired earth … I really needed to get that outta my system.”

Will’s three horses had so much fun on cross country, by day’s end they had all but forgotten about their plan to demolish their arch rival and nemesis Z. Until … they ran into him while being hand-grazed after dinner. Awkward!!!!

Dondante dragged his groom up to Z. “Come on, hey don’t you know how we started?” Dondante said confrontationally. “You’ve been holdin’ out.“

“Pardon me, senhor, I know not what you mean,” Z said in his gentle Portuguese lilt, lifting his head from the bluegrass in surprise.

“Z,” Off The Record quipped. “I’m talking about your name. Animal, come on, what does this remind you of?“

“Deduct the carrots from your pay, you worthless swampy fool!” Phish added, “Give the director a serpent deflector, a mudrat detector, a ribbon reflector, a cushion convector, a picture of nectar, a virile dissector, a hormone collector, whatever you do take care of your shoes!”

Dondante and Off The Record discreetly signaled to Phish‘s groom that maybe it was time to take him back to his stall.

“Perhaps,” Z suggested, “we should talk about our feelings. I mean, after all, what does it mean to feel? Millions of dreams come real … a feelin’ in my soul I’d never felt before.“

“Whoa, dude,” Off The Record said. “Did you just reference ‘Golden‘?”

“Listen,” Z said. “I’m not named after My Morning Jacket. I’m named Z because I’m this ridiculously hard-to-pronounce-much-less-spell breed called Zangersheide. Thank god they just shortened it to Z. But coincidentally I AM a big MMJ fan. They played a few tours in Europe when I was younger. That’s why I like coming to LRK3DE, actually. You know the band is from right up the road in Louisville, right?”

This revelation stopped Dondante and Off The Record in their tracks. “Bro,” Dondante said. “You’ve been holdin’ out!“

“I know our worlds seem far apart,” Z said. “But we’re one in the same. You know they’re playing Bonnaroo 2021 in September … meet you on the front row? It’ll be one big holiday.”

Dondante, Off The Record and Z bumped hooves in solidarity. No matter who did the LRK3DE victory dance, the party was on.

Just then, Will and Phillip walked up. “Is everything OK?” they asked.

The horses nodded happily and went back to eating grass, a little smile on their lips. All good, dude. All good.