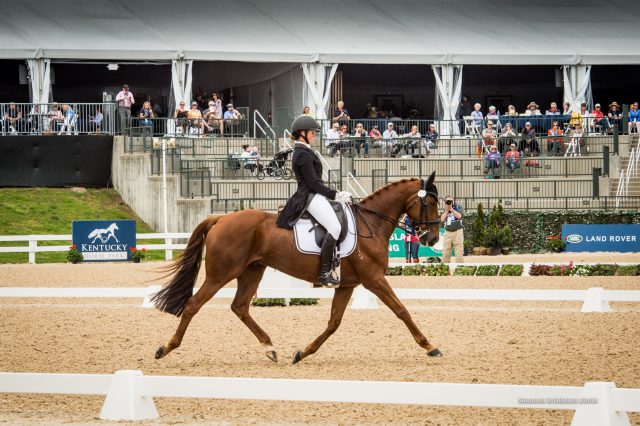 Entries for the Australian International Three-Day Event at Adelaide have been released, with 22 combinations slated to come forward for the Mitsubishi Motors CCI5* on Nov. 14-17, 2019, the final five-star of the year.

Two-time champion Hazel Shannon (AUS), who won the CCI4* in 2016 with Clifford and won it again in 2018 with Willingapark Clifford, will return to defend her title. She and the 14-year-old Australian Thoroughbred owned by Terrence Snow will be making a strong bid for a hat trick this year, as they’ve finished in the top two at six out of seven of their last international outings. Adelaide will be their second five-star this year, as they finished 26th at Kentucky this spring.

Another two-two champion, Stuart Tinney (AUS), won in 2009 with Vettori and 2011 with Panamera. He comes forward this year with Leporis, an 8-year-old Holsteiner gelding owned by Karen Tinney, for the horse’s five-star debut. Megan Jones (AUS), who won the event in 2005 with Kirby Park Irish Jester, returns with Kirby Park Impress, a 12-year-old Thoroughbred/Australian Stock Horse mare who finished second at Adelaide in 2017.

Eight out of the 2018 top 10 finishers are returning to Adelaide this year, giving the event the air of a rematch. How might we see this year’s leaderboard reshuffled?

Last year Amanda Pottinger (NZL) and Just Kidding, a 12-year-old Thoroughbred (Fusaichi Pegasus x Gypsy Princess, by Sadler’s Wells) owned by the Pottinger family, led through cross country and finished in second after an unlucky show jumping round. An impressive result for their debut at the level, and they’ll be ones to watch this year.

Our friends at An Eventful Life have several fun facts woven into their entry list preview — check it out here. View complete entry lists for the CCI5*-L, CCI4*-S and CCI3*-L here.