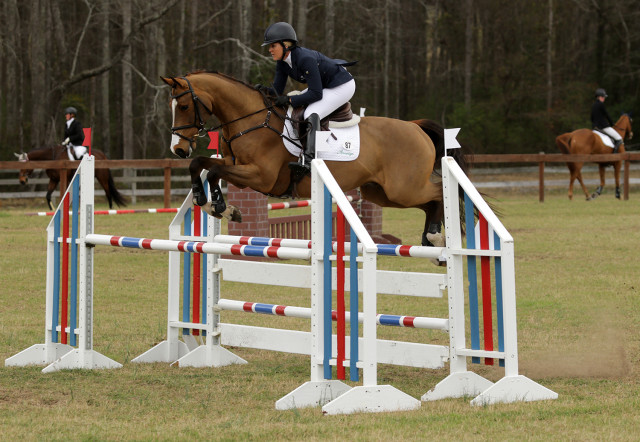 Allison sits atop the Open Intermediate A division with Lord Willing, a 9-year-old Holsteiner gelding owned by The Lord Willing Syndicate. Allison handily won the dressage with a 27, the only score in the 20s in the division, and added no penalties in show jumping today to hold that lead over second placed Jan Byyny and Inmidair.

Lord Willing spent the majority of the 2016 season racking up competitive results at the Preliminary level, including a third place finish in the Preliminary Horse division at the Nutrena American Eventing Championships. This will be the gelding’s fourth start at the Intermediate/two-star level.

We’re thrilled to see Inmidair, who is 18 this year, back out competing this year for the first time since 2014, when he was withdrawn from the U.S. World Equestrian Games squad. Jan and “JR” stepped out at the Preliminary level earlier this month at Pine Top, finishing in ninth.

Jessica Shultz and Lock N’Load, a 15-year-old Thoroughbred gelding, are holding down third place in the A division on a two-phase score of 34.6 with one rail down in the show jumping. This pair began their 2017 season with a fifth place finish in the Intermediate at Rocking Horse last month. They also finished in the top 20 in the CCI2* at the Ocala Jockey Club last fall.

Looking to the Open Intermediate B division, Boyd Martin currently sits pretty in the first and second positions aboard sale horse Steady Eddie and Welcome Shadow, respectively. The board shuffled quite a bit in this division, with clear rounds propelling Boyd up from sixth and fourth place.

Jenny Caras and Fernhill Fortitude hold third place heading into cross country on a score of 34.2 with one rail down. Just three pairs in the B division produced double clear rounds: Boyd and Steady Eddie, Ariel Grald and Leamore Master Plan, and Sarah Kuhn and Sevenoaks 2. 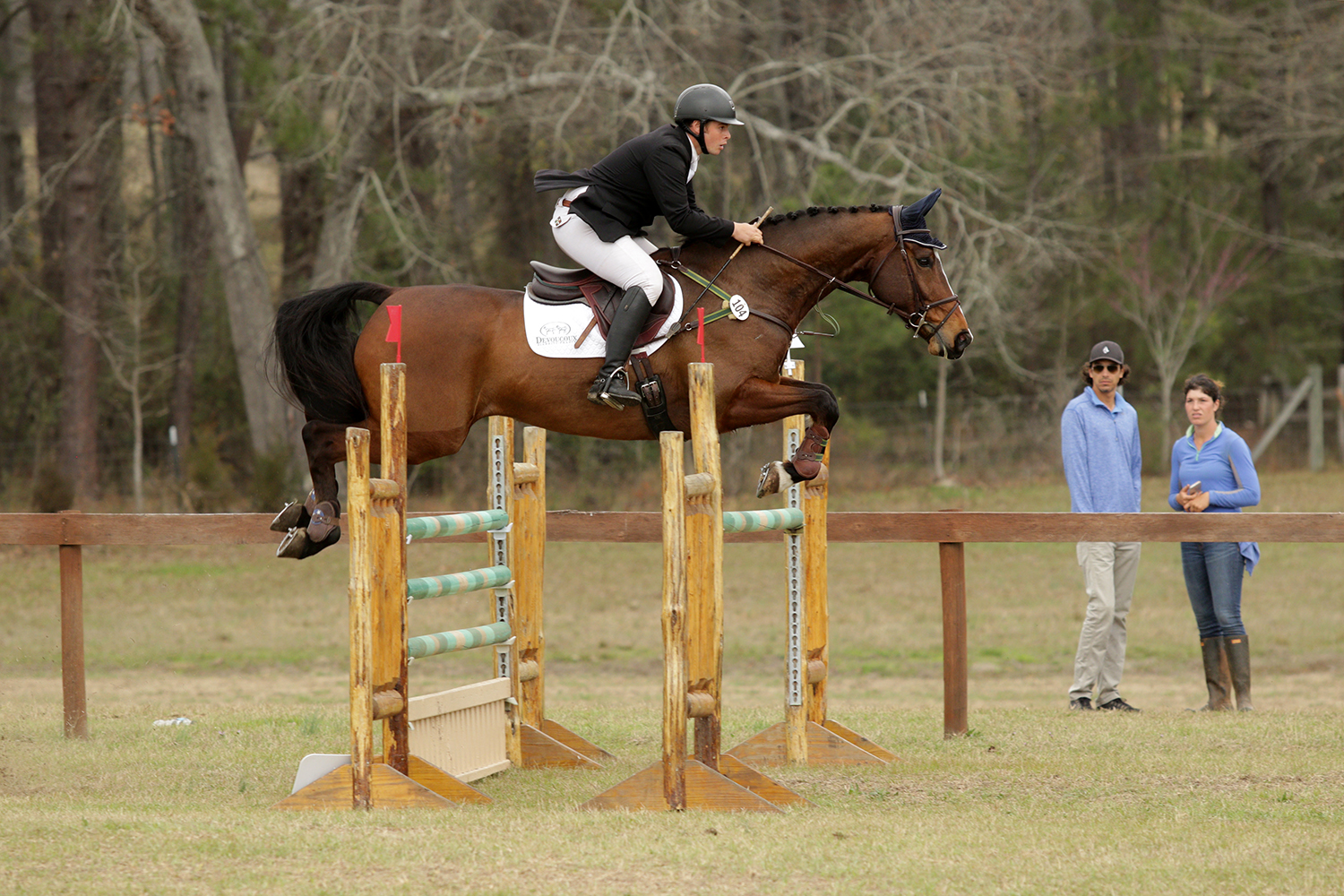 Pine Top is also running Jr./YR and Rider Intermediate divisions, and it will be Sydney Solomon and Early Review C leading the YR division and Charles Campbell with Shannondale Nimbus (please let that be a Harry Potter reference…) leading the Rider division.

We’ve got much more action to come tomorrow with cross country, so stay tuned right here on EN for the latest!