In the spirit of Halloween, last week we asked you to tell us what spooks your horse and your answers were … hilarious. Forget ghosts and ghouls — our equines will take pretty much any excuse to run the other way in terror.

A sampling of reader responses to our “Spooktacular” SmartPak Supplement Shellout, featuring a month’s supply of SmartCalm Ultra up for grabs:

And the winner, drawn at random, is …. Carey Shefte! Whose horse is apparently terrified of the mailbox. Not just any mailbox, mind you, but THIS mailbox in particular. 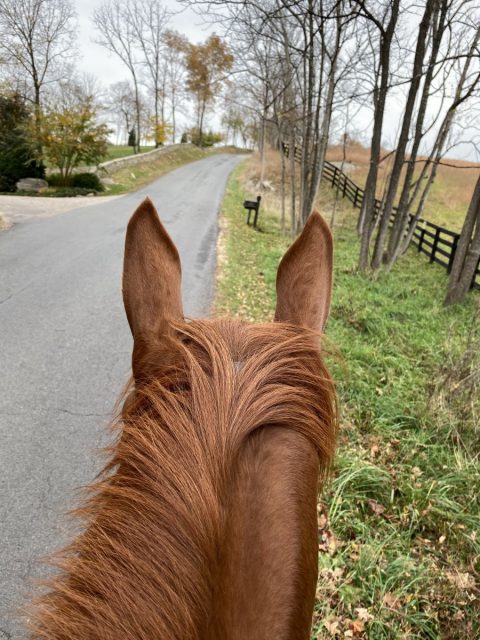 Carey explains: “Here’s my little horse today facing his scary place. We pass by at least six or more mailboxes, many creek crossings and a scary bridge to get to this spot. He’s good about it now, but the first time by here,my trusty terriers, that ride out with me, had to give him a lead!”

Carey’s prize: SmartCalm Ultra Pellets, which can help persuade even the most spook-prone horses to take a breath. Features include …

Best of luck to Carey and her steed, who sounds like he’s got a bright future ahead. “He’s just recently ended his racing career and I have hopes for him to start foxhunting next season,” Carey says.

For more chances to win, keep an eye out for our November SmartPak Supplement Shellout coming soon!