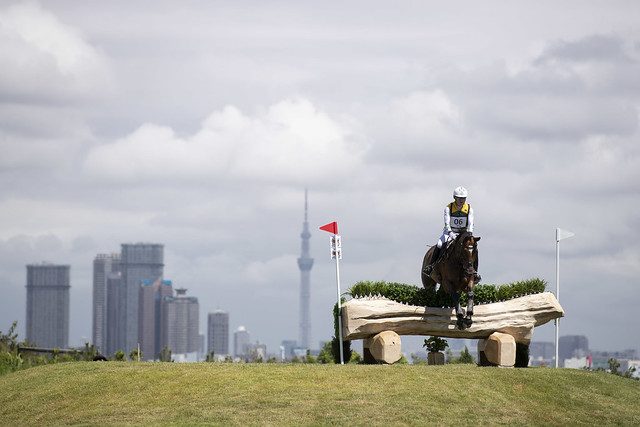 Australia’s Andrew Hoy brought the heat on a hot day of cross country at the Ready Steady Tokyo test event, which is underway one year in advance of the 2020 Olympic Games. The event’s second phase took place at Sea Forest, the venue hosting equestrian cross country as well as rowing and canoe sprint next year.

Temps were in the 90s with humidity — not pleasant, but potentially similar to conditions horses and riders may experience at next year’s Games. As such, the weather provided a perfect environment to test the cross country venue’s onsite cooling facilities for the equine and human athletes.

Andrew Hoy, who was second after dressage (see EN’s report here), stormed into the top spot with Bloom Des Hauts Crets, an 8-year-old Selle Français mare (Orlando x Naika de Kerser, by Oberon du Moulinnaika) owned by Odaria Finemore. They crossed the finish line with seven seconds to spare to take the lead on their dressage score of 27.7. 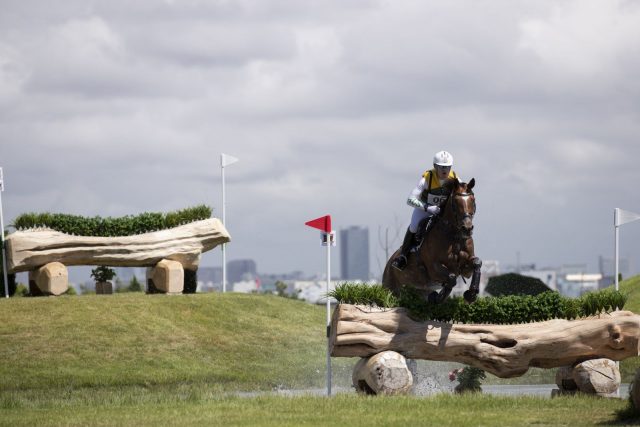 “It’s a very nice position to be in and if I win I’m very happy for this year, but it’s next year I want to win!,” Andrew said. “My horse galloped very well and her heart rate and temperature were very good when I arrived. The cooling facilities here at the venue were absolutely excellent. As an Olympic venue it’s ready one year before because the ground is excellent and the construction of the cross country fences is very good, but next year will be very different fences.”

For the test event, cross country course designer Derek Di Grazia built a special 3,025-meter track overlooking Tokyo Bay, incorporating 20 fences with 31 jumping efforts. It was intended to give athletes, National Olympic Committees (NOCs) and National Federations (NFs) a chance to assess the undulations of the terrain without giving too much away about Derek’s vision for the Olympic course. 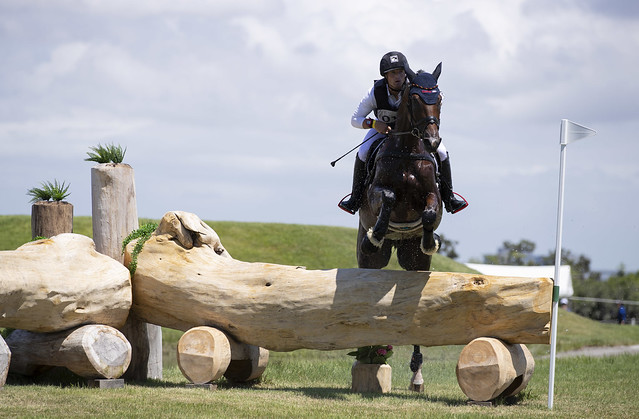 Germany’s Michael Jung, another triple Olympic gold medalist, also came home clear and up on the clock to move into second on 28.0. His mount for the test event is Fischerwild Wave, a 7-year-old Holsteiner (Water Dance XX x Uquina), owned by Klaus and Sabine Fischer and the Jung family, who has competed through the CCI3*-S level. 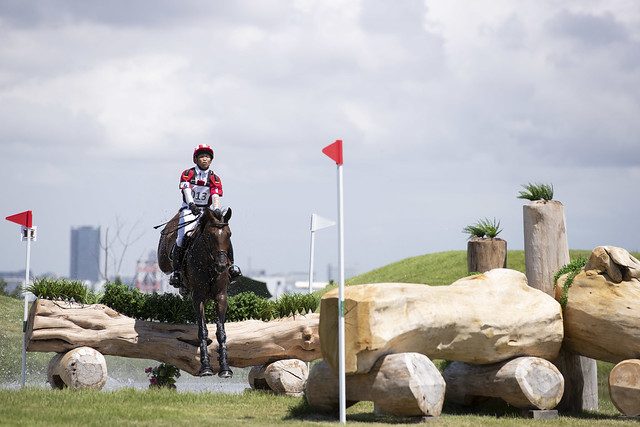 Japan has claim on the next three leaderboard spots: Ryuzo Kitajima and Vick Du Gisors were almost bang on the optimum time of five minutes 30 seconds to move up from fourth after dressage to third. Dressage leaders Yoshiaki Oiwa and Bart L JRA finished 14 seconds down on the clock to collect 5.6 time faults and drop to fourth. Another pair for the host nation, Kazuma Tomoto and Tacoma d’Horset, round out the top five. 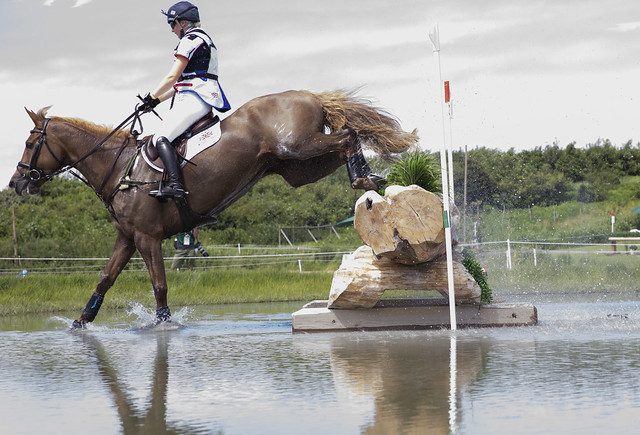 Britain’s Georgie Spence and Halltown Harley are 6th, and heading into show jumping tomorrow there’s less than a fence between them and the leaders.

Seven of the 16 starters remain on their dressage marks, while eight others collected just time faults. The only combination to pick up jumping penalties were cross country pathfinders Kazuya Otomo and Condorcet, who had a runout at the second element of the angled rails double at fence 10 to drop one place to 16th.

“All the horses recovered really well after the cross country, despite the challenging conditions, and they are all now back home in their air conditioned stables at Baji Koen resting ready for tomorrow’s jumping,” FEI Veterinary Director Goran Akerström said.

Ready Steady Tokyo continues tomorrow at the dressage and show jumping venue, Baji Koen, which was the site of the Olympic equestrian events at the 1964 Tokyo Games and has been independently refurbished by the Japan Racing Association. 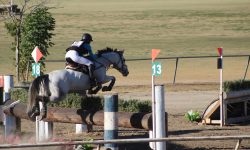 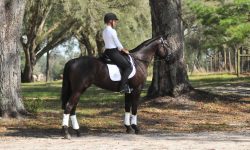 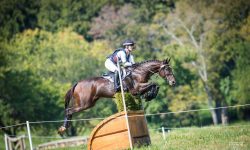