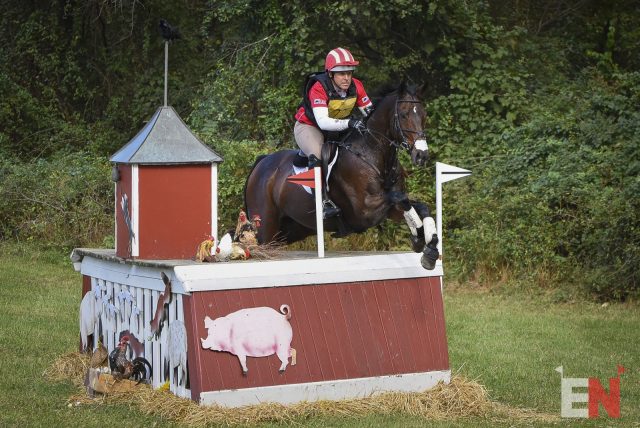 Buck Davidson and Archie Rocks in the 2018 Fair Hill CCI3*, where they finished 3rd . Photo by Shelby Allen.

High-achieving Thoroughbreds in the sport horse world were honored during USEF Horse of the Year Awards, which took place on Jan. 12 at the US Equestrian Annual Meeting in West Palm Beach, Florida. The Rood & Riddle Sport Horse Awards are given each year to Thoroughbreds participating in their second careers as performance horses in jumper, hunter, eventing and dressage competitions.

Competitors earn points toward the awards at USEF-sanctioned events during the show season, and the open divisional awards go to the highest point earners. There are two awards per discipline, open and rookie. A Horse of the Year is chosen among the open winners by a panel of celebrities, to be presented at the annual Thoroughbred Owners and Breeders Association awards banquet held in September.

The 2018 Eventing Open Division trophy was awarded to Archie Rocks, an 11-year-old Thoroughbred developed by through the three-star level by Maya Simmons, campaigned in 2018 by Buck Davidson, and recently sold to Felix Vogg. Bred in Michigan by Sharon Smith, he won $32,176 in 30 starts, racing under the Jockey Club name Smittys Messiah (Le Monde x Unbridled Diva, by Unbridled Jet).

He found his calling as an event horse and has had a phenomenal past year with Buck, finishing 8th in the Jersey Fresh CCI3*, winning the Plantation Field CIC3*, and finishing 3rd in the Fair Hill CCI3*. We wish this special OTTB continued success in 2019 with Felix in the irons! EN recently caught up with Felix for an interview and we’ll be bringing that to you very soon. 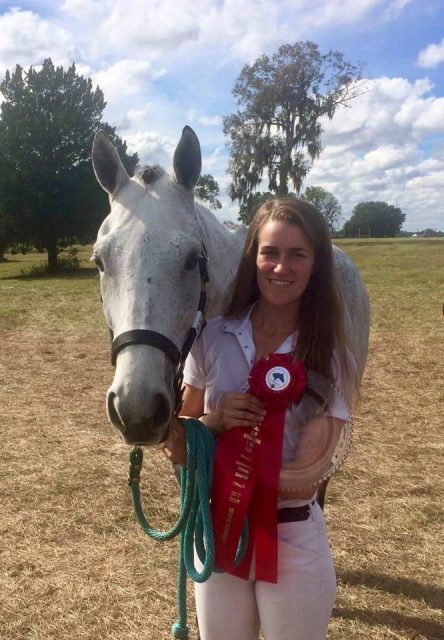 The Eventing Rookie Division trophy was awarded to Rebel Soul, an 8-year-old Thoroughbred gelding owned by Isabel Holden who made his FEI debut in late 2018. The pair finished 22nd in the Ocala Jockey Club CCI1* and had several top 10 finishes at Prelim horse trials throughout the year. Bred in Kentucky by Samuel Bayard, Rebel Soul (Bernstein x Bronze Abe, by Two Punch) earned $21,198 in 14 starts on the track before embarking upon his eventing career.

Isabel bought Rebel directly off the track in Minnesota from Cyndi Loomis four years ago, when he was a 4-year-old. “He had been spotted by trusted advisors while still racing as a great eventing prospect, and so of course I jumped on the chance when he was ready for his next career,” Isabel says.

“He spent his first year off the track mostly relaxing, and then started his training,” she says. “I am fortunate enough to work at Law Eventing, so Rebel and I as a pair have had coaching from two of the greats in our industry over the past three years.”

From 2015 through 2018 Rebel went from his first show to the one star level. Their plan for the winter is to put in a good season at the Prelim/1* level, with a move-up to Intermediate in the summer if all goes as planned. 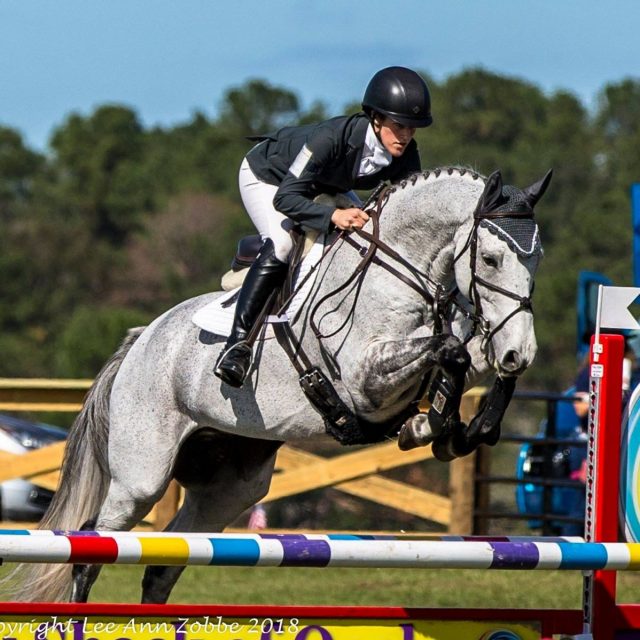 “So far he’s showing no signs of having reached his limit,” Isabel says. “He’s great in all three phases, extremely easy to handle, and has an excellent worth ethic. Rebel is competitive against the warmbloods and all other breeds. Thoroughbreds have amazing athleticism and heart. I have a young off the track mare that I will be starting to bring along in 2019 as well. I feel very fortunate to ride Rebel, and thankful to those that have mentored us.”

Many thanks to Rood & Riddle, Thoroughbred Owners and Breeders Association and the USEF for their support of Thoroughbreds in second careers.

“Rood and Riddle is pleased to join with TOBA and the USEF to sponsor awards that highlight the usefulness of Thoroughbreds as sport horses in the hunter, jumper, dressage and three day event disciplines,” said Dr. Tom Riddle, co-founder of Rood & Riddle Equine Hospital. “We congratulate all the winners and thank them for choosing a Thoroughbred to ride.”