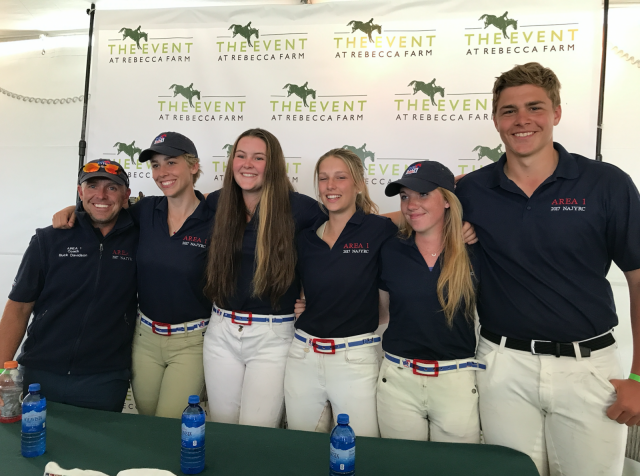 The ride of a lifetime awaits young riders once again, as the eventing portion of the FEI North American Youth Championships (NAYC) is slated to be held at Rebecca Farm in Kalispell, Montana. Held in July in conjunction with The Event at Rebecca Farm, Young Rider Programs in the USEA Areas will be fundraising in full force to send teams to compete in Big Sky Country.

In most Areas, fundraising is already in full swing to help cover the cost of travel for the riders, grooms and horses. We saw an array of approaches to fundraising last year, but one in particular has stood out thus far this year and it is based on the premise of giving back in addition to receiving support.

After two years of involvement with the Area I Young Rider program as a parent, Brenda Jarrell is now in her first year as Young Rider Coordinator for the region. Two of Brenda’s children have ridden for Area 1 in the CH-J1*: Erica made the team the past two years and William made the team last year as well. The incredible experiences that the program has given her kids have inspired her to take up the mantle this year and pay it forward, encouraging connections among the kids and spreading the love of eventing.

In addition to riding and hoping to represent Area 1 at NAYC once again, Erica is now in her freshman year at Harvard University and has taken up playing Division 1 Rugby. She and her mom have been watching rugby movies together (“In no small part to learn the game she is now playing!” admits Brenda) and one in particular, Forever Strong, highlighted team building via volunteering and community service. Brenda saw the value in this and wanted to put something similar together for her NAYC rider and groom candidates starting with a day of volunteering at the Aiken SPCA, but while driving home from work one day she had the idea take community service a step further and turn it into a fundraiser. 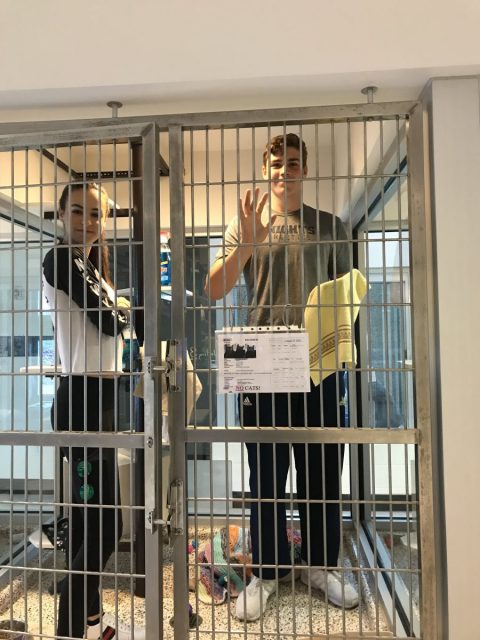 “While I was thinking about ‘acts of kindness’ the candidates could do for team building, the idea of encouraging acts of kindness rather than just asking for money from donors would be a fun and meaningful way to request support while also engaging the community,” Brenda explains.

The premise was simple: Donors would pledge an amount of money in exchange for the promise of one or more NAYC candidates doing a good deed. Brenda fields these challenges and matches them with a rider or groom willing to do the task and provide evidence of its completion.

The response was nearly immediate as soon as the first email about the fundraiser was sent out. In the month and a half since that initial email, the team has met around 20 challenges, all of which have been accomplished within one of two days of the request. Requests have ranged from performing an act of kindness to benefit their parents, to tutoring a friend at a school subject in which they themselves excel, to pampering elderly horses at their barn with a massage.

One of the most memorable challenges offered thus far, has been from a donor who offered $100 dollars on behalf of up to five candidates who gave $20 of their own money to a homeless person and spoke kindly to that person. This donor had been homeless herself for a period of time while hiding from an abusive father. With the donor’s permission, Brenda shared her story with the candidates who chose to accept the challenge and each of them in turn shared their stories of their interaction with the person that they gave to.

The challenges have been met with gusto by the kids: “They’ve been very enthusiastic and excited to share their good deeds,” says Brenda.

Phoebe Niland is a groom candidate this year and she has jumped in to the program and eagerly accepted challenges. One donor offered $150 if a candidate would bring flowers and edibles to someone they observed was having a bad day. Phoebe chose to deliver an orchid and bottle of wine to someone she knew who’s son has undergone many rounds of chemotherapy and has another big medical appointment coming up soon.

She’s also spent time tutoring a classmate who has dyslexia and ADHD. “The classmate’s mother has told me how much it has improved his attitude toward school,” reports Phoebe’s mother, Karen. “While I don’t know how much intensive academic instruction is happening, it has been emotionally valuable for both kids.”

Phoebe’s mom is delighted to be on the receiving end of some acts of kindness as well. Phoebe spent several hours helping organize the family’s receipts and invoices for their taxes plus an additional few hours reorganizing her mother’s closet and sorting clothes to send to Goodwill.

“It was not pretty, but very appreciated!” says Karen.

The Area 1 riders, grooms, horses and supporters have a long journey from New England and New York to Kalispell, so raising money to pave their way has been a big endeavor and focus of the candidates over the last few years. The Area has had strong showings of support in prior years and with this new outlook on fundraising the trend is sure to continue.

Interested in inspiring kindness amongst Area 1? Drop Brenda an email.