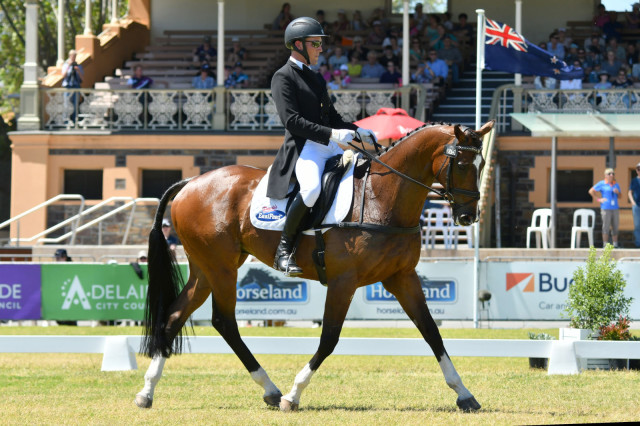 It’s fun to see an off-track Thoroughbred showing ’em how it’s down on the world stage, and such is the case with Australia’s Will Enzinger and Wenlock Aquifer at Adelaide. The pair leads the 10-horse CCI4* field heading into tomorrow’s cross country on a dressage score of 51.80.

“I am really happy being in this position and Aquifer is well prepared for this competition,” says Wilhelm.

Prior to his eventing career, the 12-year-old gelding (Alannan x Foam Follower, by Bell Water) earned €170,00 on the track. His only win was a 900-meter maiden race in 2006 at Victoria Park, which coincidentally is home of the Adelaide CCI4*.

The pair finished just outside the top 10 here in 2015, jumping clear but with 17.6 time around the cross country. Adelaide 2016 marks Aquifer’s second four-star attempt.

“The cross country course tomorrow will be tougher than last year — everything has been tightened up,” Wilhelm explains. “Where last year we had two strides, this year we have one, and there is more room for error. I just have to go clear and fast.”

Wilhelm has two four-star rides this, the other being Wendy Keddell and Carolyn Jolley’s New Zealand-bred Britannica MVNZ. They are 9th after dressage. 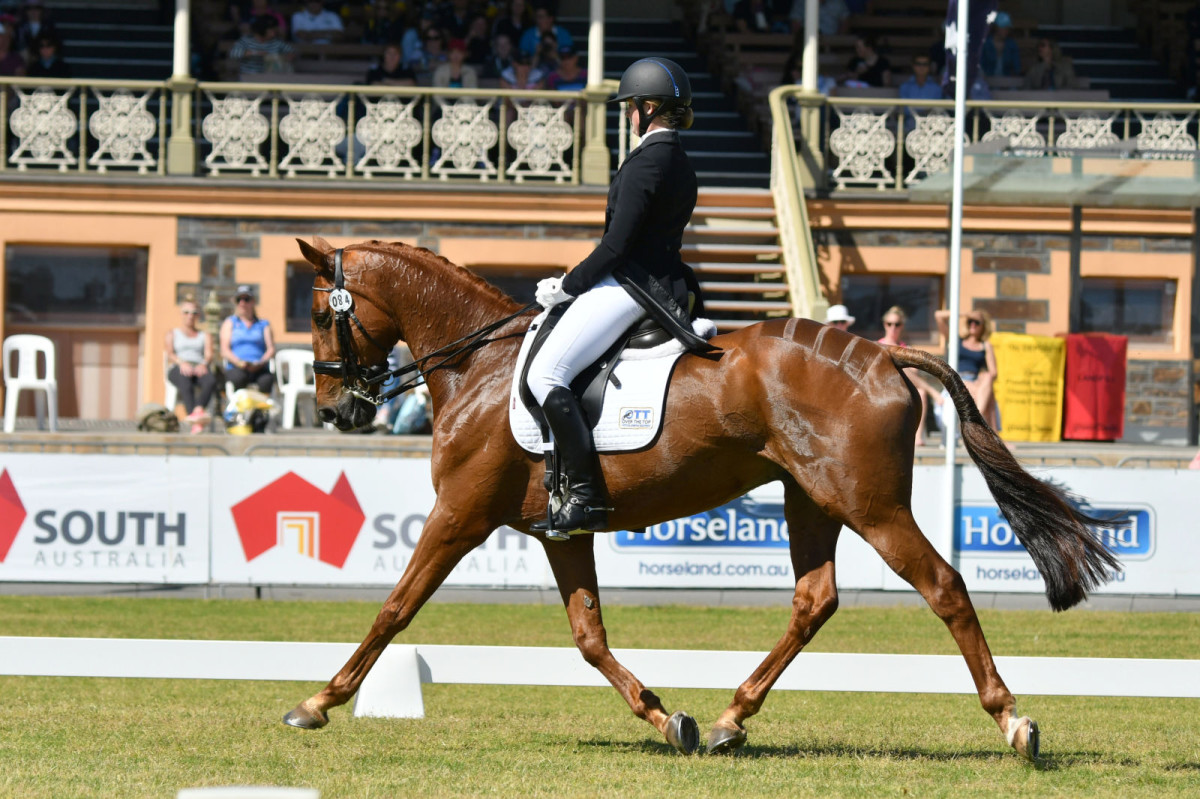 Another Australian Thoroughbred, 11-year-old Clifford, sits second with Hazel Shannon on a score of 52.10.

Hazel says that while there is nothing extravagant about this Passing Shot gelding, “he just keeps doing his job, he has the biggest heart.” 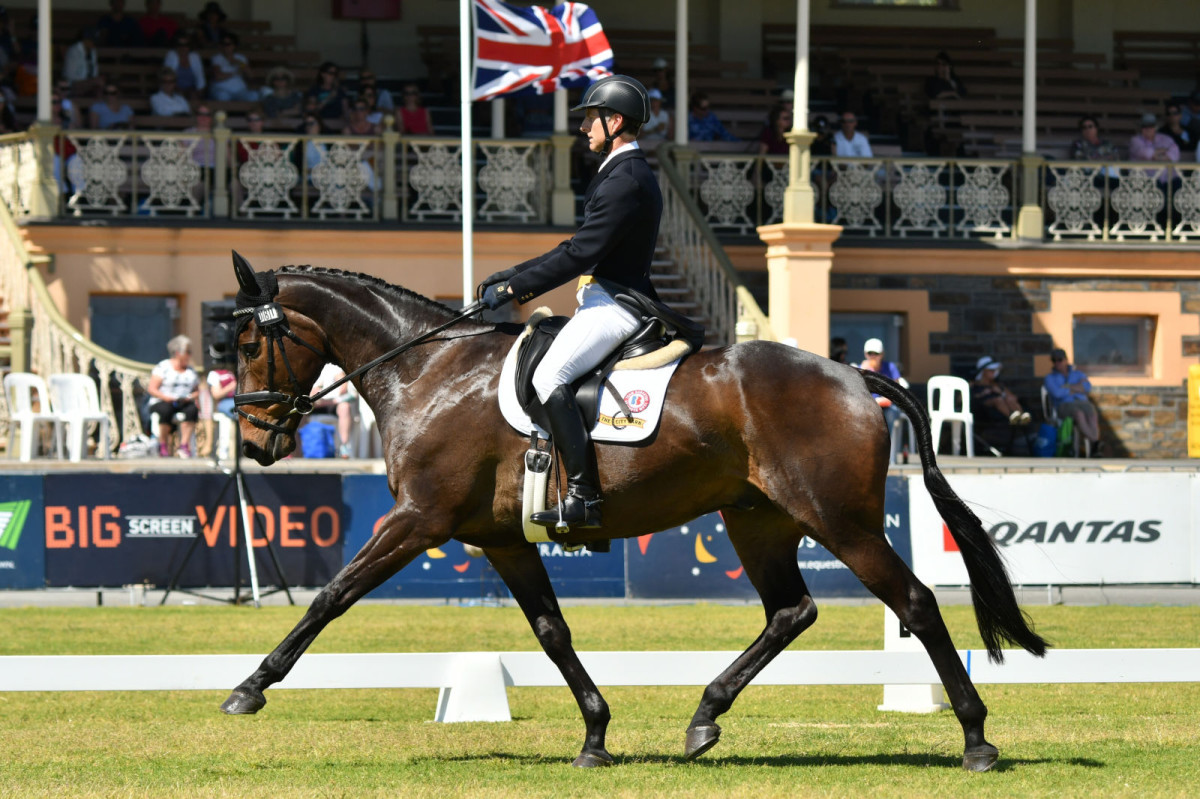 Rohan Luxmoore is in third place on a score of 53.20, riding his home-bred Irish Sport Horse Bells ‘N’ Whistles, by Ard Black Cat.

“It is a dream to ride at this level,” said Rohan, a veterinarian from Victoria and four-star rookie. “This Adelaide FEI Classics event is amazing for us here in Australia.”